Daily Debate: If Zelda Characters Were in a Dungeons & Dragons Campaign, What Classes Would They Be? 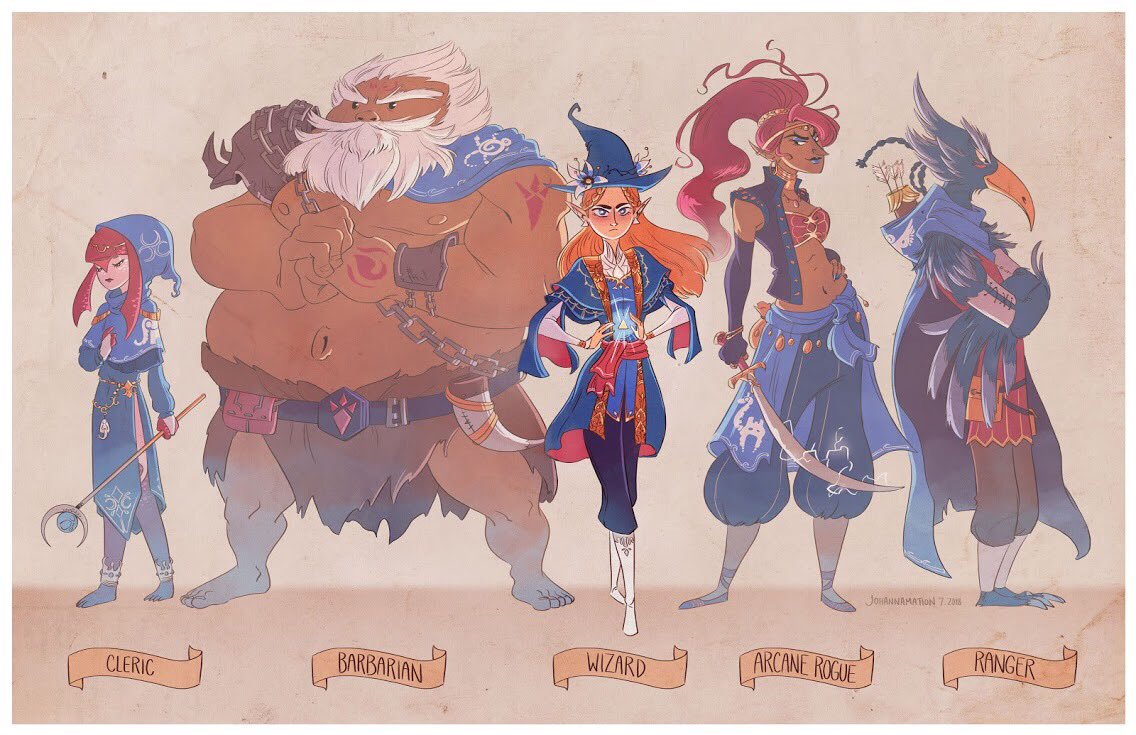 Dungeons & Dragons is a wonderful cultural phenomenon that has experienced a resurgence in recent years. With a variety of classes and gameplay styles to choose from, coupled with the imaginative stories Dungeon Masters weave for their players, the Dungeons & Dragons fever is going strong. It’s fun to imagine existing video game or anime characters with a Dungeons & Dragons class. If I had to pick just a few Zelda characters, I would go with:

Link: Paladin or Bard
I think Link would do well as a Paladin. The class specializes as an offensive, heavy hitting tank that can also spell cast. Link’s expertise with magic and sword fighting would definitely be valuable for the party. I do think you could make a case for Link being a bard, too. Bards specialize in playing musical instruments to boost their allies and distract the enemy. With Link usually being a musician of some kind throughout the Zelda games, classing him as a Bard would make a lot of sense.

Zelda: Wizard
This is a no-brainer for me. Zelda does best as a spell caster, so it makes for her to stay behind the front lines and nuke everything from a distance as a wizard. Plus, wizards get access to some pretty handy abilities at higher levels that enhance their spell casting and strength even more.

Ravio: Alchemist
Ravio’s procurement of a variety of items in A Link Between Worlds makes the Alchemist class a pretty good fit for him. He can specialize in using pretty much weapon he so chooses in combat while creating various potions or Bombs to fight with.

These are just a few suggestions for Dungeons & Dragons classes for Zelda characters, but who would you class them as? Any additional characters you have in mind? Let us know in the comments!

This Daily Debate was inspired by ninjanunchucks4

Comments
Sorted Under: A Link Between Worlds, Games, The Legend of Zelda
Tagged With: No tags were found for this entry.