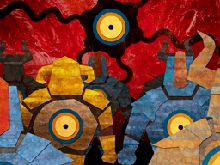 Phantom Hourglass is not a well-loved game in the Zelda series, but it’s one I surprisingly found myself quite fond of. It has plenty of shortcomings alongside its good moments, but one part of the game that I was pretty fond of was the final battle. I feel it’s worth addressing because in a big way I feel these moments are highly overlooked by those who’ve played the game, and written off because of their dislike of the game in general or their admittedly warranted hatred of one specific mechanic during the fight. You know the one!

After a satisfying (in my opinion!) final trek through the Temple of the Ocean King where they can finally destroy all of the Phantoms that have plagued them throughout the game, the player reaches an epic bridge and stairway beneath the rest of the temple which leads into a massive final chamber in which Bellum makes his home. Just seeing Bellum was cool. While he’s by no means the only monstrous villain in the series, eye-squid Bellum is one of the few, and seeing all of him for the first time, after Oshus’ ominous story about him halfway into the game, was cool. As far as life-sucking villains go, I’m pretty happy with Bellum as a squid! And Bellum’s design being based on a sea creature is especially fitting for the setting of the game, and almost feels like a missed opportunity that The Wind Waker never capitalized on very much.

So what’s awesome about the three-part final confrontation against Bellum? Well, for one, the music. The first battle theme against Bellum is my favorite, although neither the second nor the third are bad either. The first theme is both epic and interesting, intimidating and yet… jazzy? It’s one of my favorite boss themes of the series. The battle against Bellum opens immediately, with this track and the fighting kicking off right away, and while the fight’s not the hardest, I did think it was enjoyable and made use of some cool mechanics. With lots of health, Bellum takes a while to take down and so plenty of time is spent fighting an interesting battle to this theme. The second battle, against the Ghost Ship, is simple but fun enough, while the true final battle against the — spoiler! — Bellum-possessed Linebeck… probably takes too long and is too much of the same thing over and over, but still manages to be epic. 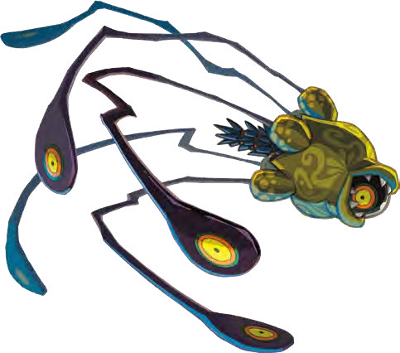 These fights are very epic, for sure. They might play primarily off cliches, particularly the scenes surrounding the final form where you hear lots of “save yourself!” or “I don’t want to hurt you!” and so on, but they do so effectively and enjoyably. Little touches like Bellumbeck’s epic slide across the ground as he recovers from your attacks, to clashing spin attacks against him, or simply avoiding the first form’s endless supply of… I do believe those are Inglets… are all cool moments. Doesn’t matter if I’ve seen them before, because they’re nice components of a cool final battle here in Phantom Hourglass. Similarly, I enjoyed how this encounter capped off all the character development between Link, Linebeck, and Ciela.

I wanted to get into this partially because I loved this final battle, but also because of the main reason I’ve heard for people disliking it: The Phantom Spheres. Partway through the fight against Bellum, you acquire one final ability needed to destroy the life-sucker, in the form of time-freezing Phantom Spheres generated by Ciela. While a cool idea on paper, needing to draw stupid little figure eights with a very specific motion that frankly is not well-explained in-game, was admittedly a horribly poor decision. And I can see why it turned people off from this fight. It only gets more annoying in the final phase, in which you have to stun Bellumbeck in order to collect the Phantom Spheres, and you need tons since he has so much health. For me the fight against Bellumbeck ends up being mostly a lengthy stockpiling of Phantom Spheres before I go all-out. 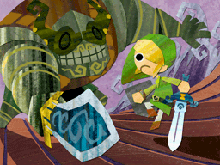 That said, I think some people are too quick to write these fights off because of that mechanic. The first phase of the fight is very enjoyable, and while learning the Phantom Sphere mechanic is a huge pain, once you’ve got it down, it’s not so bad. It makes the pacing of the last fight annoying, but the fight still has epic moments and some small amount of challenge, so I didn’t mind it so much. All I’d ask people to do is look at this moment of the game and consider all its parts, not writing it off simply because of one poorly-explained mechanic.