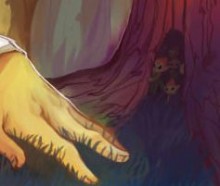 Today’s Zelda Fanart Spotlight is on Deviantart artist Blood-and-Spice‘s Minish Cap fanart titled, ‘The minish‘. This fanart shows a moment when the Hero of Men encounters a Minish or Picori. There are other Minish that are hiding in the nearby tree stump watching the encounter with wary eyes. The Minish that the Hero of Men is looking at though has a smile on his face that shows that he knows that the Hylian will do him no harm.

The Hero of Men shows obvious surprise on his face when he sees the Minish. This is probably his first encounter with a Minish and as we all know according to the backstory, this certainly won’t be his last encounter with them. Just as his successor will discover during his time, the Hero of Men has a great destiny on his shoulders and it is with the help of these tiny people that he will be able to fulfill it. 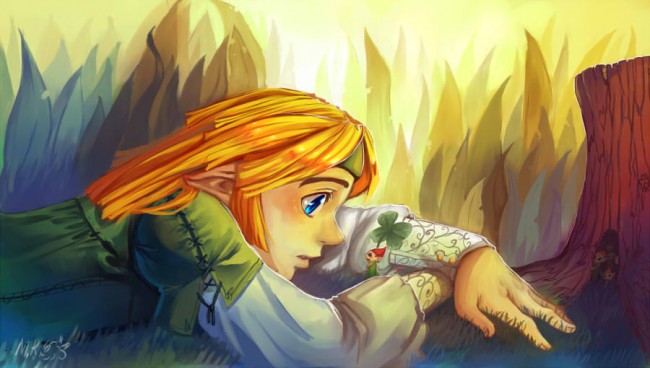 (Please click on the picture to see all the details of this beautiful fanart.)

I absolutely love the colors that the artist used on this piece. It helps drawn out the details that the Hero of Men has and helps put the focus on the interaction between the big Hylian and the small Minish. Seeing this makes me wonder how this Hero’s quest was like. It probably would be an interesting story to hear.

This artist has other Zelda-related fanart as well as their own art in their gallery. Please go give it a look and let the artist know what you though of this piece. Also stay tuned for the next Zelda Fanart Spotlight! Until then!