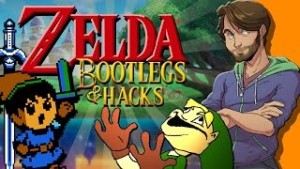 Are you still under the impression that the CDI games are the darkest part of Zelda’s history? Ok, they probably still are. But there are still a massive about of bootleg Zelda games out there that try to rival Zelda CDI for worse Zelda game (even though some of them are really good.) Spacehaster, a video game Youtuber who is also know for his affiliation with PeanutButterGamer as his editor and more recently his gaming partner in the series “PB and Jeff” has taken it upon himself to tackle these bootleg games and see if any of them are your play time. He braves through the glitchy and the bad, looking for gems within the sea of illegal and UN-licensed games. Hit the jump to watch.