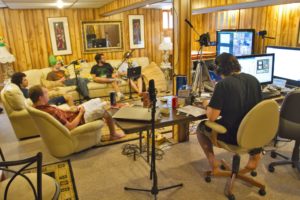 First and foremost, the most fun at the marathons is talking with the viewers and hearing everyone’s Zelda stories. Zelda Dungeon and Zelda Informer have fans all over the globe and it’s great to hear where people are from, and to experience why we are all such big fans of the Legend of Zelda series. The turnout from the fans is incredibly encouraging and seeing viewers get involved and invested in the live stream is a huge morale boost when you’re on your fifth energy drink trying to beat someone at Ocarina of Time at one in the morning. Coming together with the Zelda Dungeon and Zelda Informer staff members in the house is an incredible experience that the live stream can’t fully convey. It’s amazing to be a part of the marathon and you really get to know the people you are essentially living with for upwards of a week. There is a common bond between all of the staff members and it has created some lifelong friendships where we try to get everything we can in while we’re all under the same roof. Keep in mind that the staff at Zelda Dungeon and Zelda Informer spans across a few countries and states in the US so we don’t get the chance to see each other very often.

Every year the Zelda Dungeon team has put on a show for it’s fans since 2012. Dubbed The Zelda Dungeon Marathon, we’ve seen the roster expand and the number of games expand year after year. This year will be the first year of the marathon with involvement from both Zelda Dungeon and Zelda Informer which expands the marathon to new heights. Every year the marathon team tries to push the limits of what was done the year before in terms of stream quality and presentation. This year will be no exception with the inclusion of Twilight Princess HD which is going to be hard pressed to top last years nine player elimination race of the game. The concept of races between two or more players started in the inaugural marathon oddly enough with Twilight Princess between Trevor and Caleb. The only other race performed that year was the Oracle of Ages and Seasons games between Tom and Mosley.

Since then there has never been a marathon with fewer than two races. Year two saw the craziness of A Link to the Past with the most participants in a single race that we’ve ever done. Six players took the challenge in what has become a staple in the marathon for every subsequent year. The ‘Mario Kart’ style of A Link to the Past tasks the viewers with dishing out punishments to the players that impede their progress in the game via donation incentives. 2013’s highlight was definitely sending Mases out to McDonalds twice during his race. A Link to the Past was almost rivaled by the amazing fatal-four-way in our Ocarina of Time race which started in 2013 and has since been a part of every marathon featuring a semi-rotating cast. Expect to see four players in that same matchup for this years marathon as well. 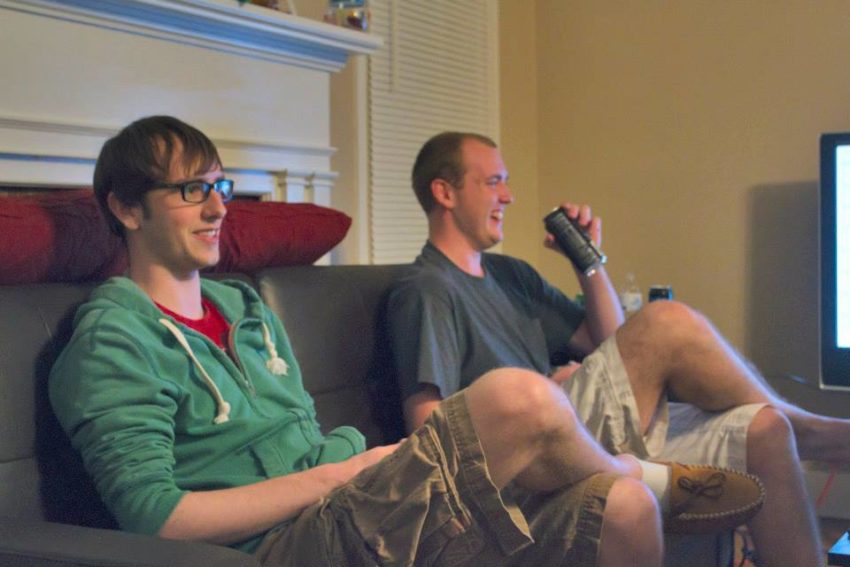 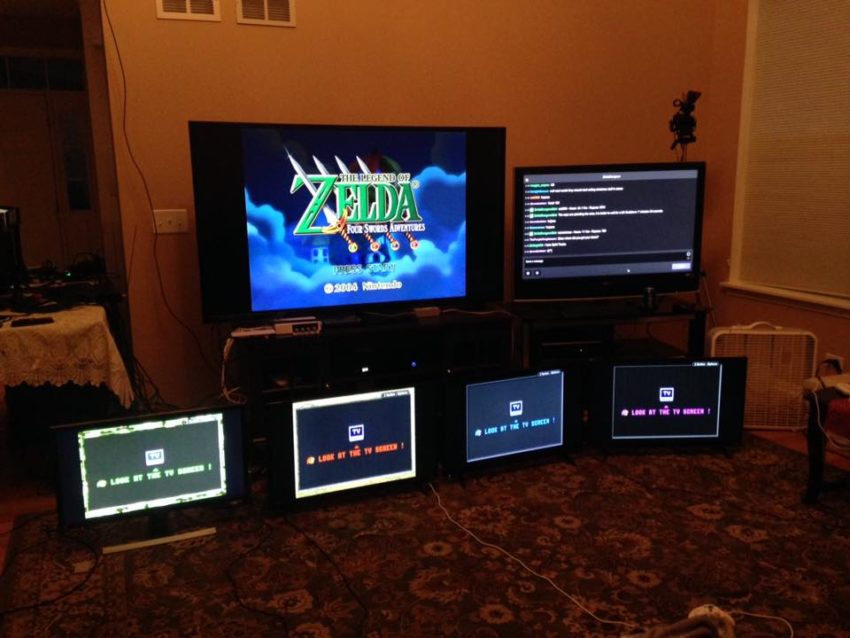 In terms of games that I’m excited for, the top of the list is Majora’s Mask. Last year I took a seat to allow Gooey and Mosley play the 3D version. This year I’m committed to Majora’s Mask and can’t wait to throwdown against Gooey and any other challengers that pop up between now and the marathon. Breaking down a speedrun of Majora’s Mask is a lot of fun because there are a few different things you can do and risk to make your time either exponentially faster or lose a ton of time if you screw up. I plan on showing Gooey a few tricks that I have up my sleeve. Hyrule Warriors is going to be another highlight for me this year and I’m especially looking forward to nailing down a more strict format for myself and Locke to play. Last year we were a bit scattered and had some great ideas, but looking back now I can see that following a more traditional Any% run would be much more exciting to watch and to participate in. The looks of this year’s Hyrule Warriors race will be a run on Easy mode with the most optimal characters for each stage which looks to be lots of Link, Ganondorf, and the occasional Tingle thrown in for special glitches. As always the The Wind Waker race will be a ton of fun because of the heated rivalry between Blake and Josh. I’m looking forward to seeing what new optimizations they have prepared and how they’ll tackle the oh so fickle RNG of the Swift Sail and The Helmaroc King. 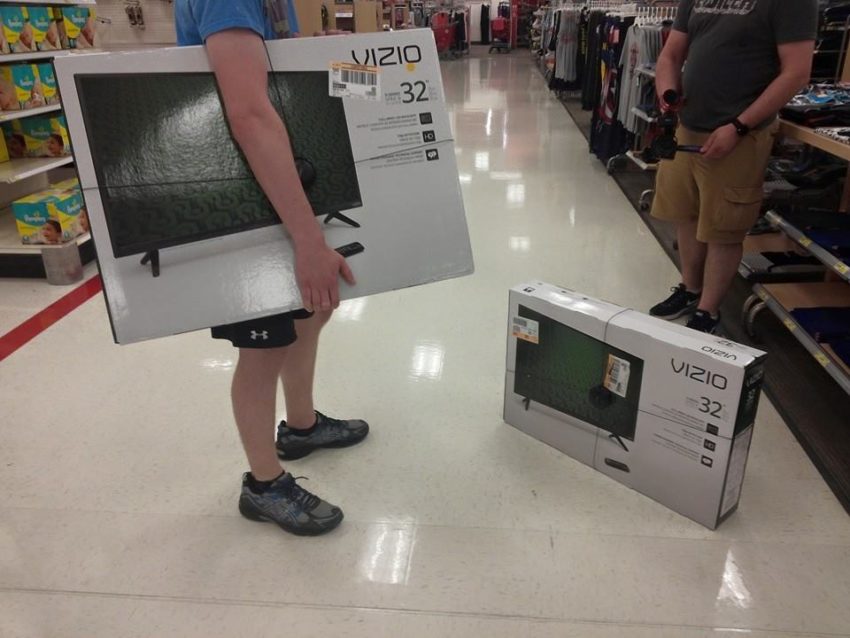 Pictured: Kevin, prepping for the 2015 marathon with a couple of Vizio D series. The official displays of the Zelda Dungeon Informer Marathon.

We will have two new games at the marathon this year; Twilight Princess HD and Tri Force Heroes. Not much can top the lunacy of last years 9 player race of Twilight Princess on both Wii and Gamecube copies… except possibly this year. Everyone will be on a fairly even playing field with Twilight Princess considering we will all be playing Twilight Princess HD. The real difference will come down to the two skill level parities locking players into either Hero Mode or the standard difficulty. Expect to hear a lot of jokes about the games being flipped.

Tri Force Heroes has the potential to be everyone’s favorite game of the year. Myself (Kevin), Blake, Alex, and Erica have all expressed interest in the game, and our playthroughs of the game have been a lot of fun and hilarious. I’m predicting it as the sleeper hit of the marathon. When we release the schedule, be sure to reserve some time to catch Tri Force Heroes and Majora’s Mask. (Because I’m playing them)

Expect to see a ton of wrestling references and a ton of great Zelda gameplay from the Zelda Dungeon and Zelda Informer teams at this years marathon. We can’t wait for it to start! 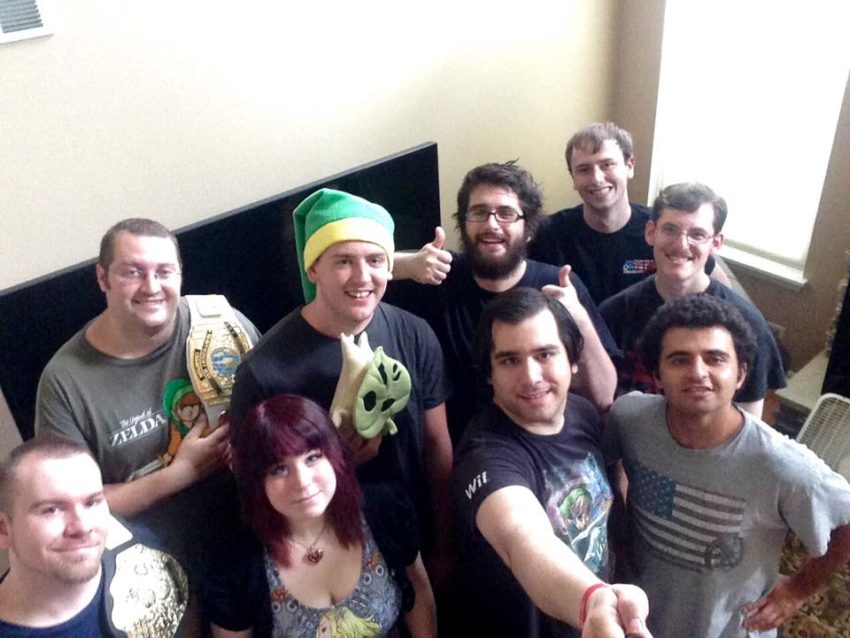 See you in July!