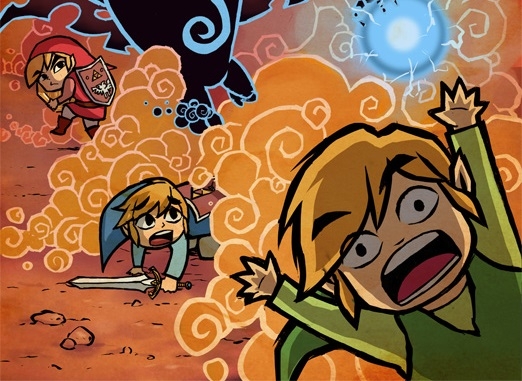 Well everyone, here it is. We have reached the end at last. After sixteen polls over sixteen days, we have at last ranked all seventeen titles in the

Zelda series according to your votes and wishes! 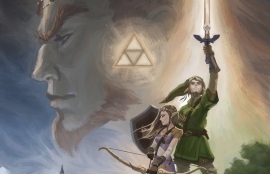 There’s a lot we can draw from this information. Our fans seem to really love the 3D console games, with Ocarina still being seen as the crowning achievement of the franchise and Skyward Sword being the most divisive (nothing unexpected there). A Link to the Past is still held in very high esteem, and its sequel A Link Between Worlds is highly regarded as well—an excellent sign, given that that game was only the start of the Zelda team’s desire to challenge the series’ conventions; one can only hope that our positive reception of the latest Zelda game carries over into Zelda U, where we know Aonuma has even greater twists planned.

Oracle of Ages and Seasons—two fantastic titles that I have played multiple times. Apparently I’m in the minority in that regard, as we had several commenters who had never touched the games at all. I highly, highly recommend you all check those games out, and remember, if you have a 3DS those games are on sale until tomorrow night! This is the perfect time to grab them and start playing.

The Adventure of Link, Four Swords Adventures, and Four Swords are at the bottom of the list. I wish I could say I was surprised, but I’m not; I did the same thing on my own list—not because they’re bad games (they’re not) and not because I haven’t played them (I have), but just because those three titles are so different from the rest of the franchise. The layout, the mechanics, the gameplay… It’s all a vast departure from what we think of as “Zelda“, so they are all going to appeal to an entirely different group of gamers than the rest of the series. And because of that, I have no doubt that many of our participants either didn’t enjoy or, even more likely, never even tried any of these experiences. It’s too bad, honestly. 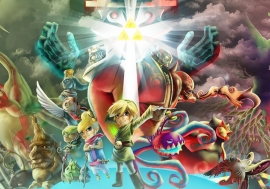 For the rest of the ordering, nothing really catches

my eye as noteworthy or unexpected—Majora’s Mask and Twilight Princess rank highly; Wind Waker seems to have more-or-less escaped its graphics-based stigma; Minish Cap, Link’s Awakening, and The Legend of Zelda get fairly solid placements; Spirit Tracks is waaaay too far down in my opinion, but I expected that given all the hate it’s gotten over the years…and Phantom Hourglass is waaaay too high up in my opinion, but I could’ve guessed that the fanbase by and large would still be grouping the DS games together. A real shame, that—I have a hypothesis that many people never even gave the brilliance that was Spirit Tracks a chance after they experienced the “meh”-ness that was Phantom Hourglass, and this ranking only serves to strengthen that belief.

But that’s just how I see it—make sure you guys let us know your own thoughts in the comments! Chances are good that this list is at least a little different from your own; why do you think that is? Are people just not recognizing the greatness of your favorite title? Tell us why you love it so much! Are people praising a game you couldn’t be paid enough to touch? Tell us what about it you can’t stand! Who knows—you might manage to get someone out there to reevaluate their choices or go try a game they haven’t picked up yet. Just, you know,

please avoid turning the comment section into a bunch of screaming contests. That ain’t gonna convince anybody.

And you know, with all the changes that our fanbase constantly goes through—new people coming or going, new opinions spreading or dying, etc.—this probably won’t be the last time we try to rank the series. Chances are good that we will one day try to collect this data again, via this kind of poll setup or some other system entirely. Who knows what will happen when we try this again? Guess we’ll find out when that day comes.

Until then, however, there you have it: our Ultimate Fan Ranking, as chosen by the fans. If you’d like to see how the ZI Staff ranked them ourselves, you can find the overall ranking effort here, as well as our individual rankings here. Thanks for your help with this, everyone!