Posted on September 26 2010 by Nathanial Rumphol-Janc 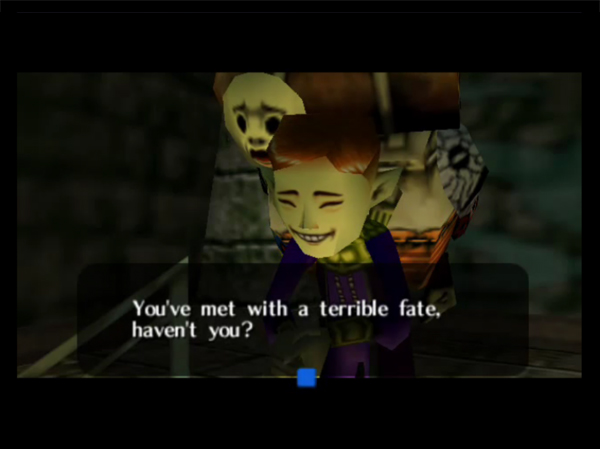 ZeldaInformer: If you feel comfortable with it, tell us a bit more about yourself.

of thing or being an avid gamer, but yeah. I’ve been into film and writing

since I was a kid, I’ve participated and won state-wide competitions for

films I’ve directed/wrote, and I’ve currently got a TV show that I’m trying

to find an agent for. Also, my greatest role model is Arnold

Schwarzenegger. A lot of people scratch their heads and laugh when I say

that, as I’m sure the readers of this are doing right now, but his

mentality and determination is something superhuman that I want to adopt

Schwarzenegger in a cafe in Arizona. Arnold was promoting his newest movie

– some unremarkable B-movie that did horribly – and the journalist asked

him what he was going to do from here. Arnold simply replied in a calm

voice, completely straight-faced as if he believed it 100%, that he was

going to become Hollywood’s #1 movie star. Of course at the time no one

goofy accent, and this idiot thought he was going to be famous. Instead of

trying to change his goofy qualities that people viewed as weaknesses,

movie star, by the end of his acting career he was one of the most

famous/infamous actors in all of Hollywood. And then he goes on to become

the governor of California with that same mindset faced with similar

criticism – how does the Terminator get into politics? And he blames it all

on his mental attitude. It’s remarkable – he views life as his playground

and that there was no reason why he couldn’t accomplish anything he wanted.

admire his mindset, and that’s something that as someone trying to break

into the industry I try every day to have. Think and you shall become. 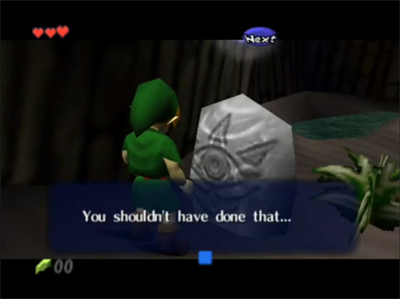 ZI: Have your plans for the story changed at all because of the recent

J: Yes, I’m thinking much broader now and the additional ideas that I had

making the story (“Damn, it would be cool if I could do -this-”) have

ZI: Do you plan on branching out into Ocarina of Time as well, as some

of your videos include sections of it?

J: Depends on where this new project takes me. Just to clarify – the new

project I keep talking about *is* a continuation of the story, but in a

ZI: Have you recruited any help for the story going forward to help you

organize and keep things in line?

J: Yes and no. I have a lot of people who have been emailing me offering

game developer company about taking the next step. Regardless of whether or

members, the next step for me is evolving into that medium. And to clarify

– I use the term “videogame” extremely loosely, it wouldn’t be a standard

videogame by any means (or rather, one that we’re used to); my vision is

something that will take the whole viewer-interactivity to the next level.

front of us to use. All of the aspects that played a big role in the

a sense of community, etc), the “videogame” will be just a part in the

whole experience, similar to how the videos were just a part of the whole

I can’t really reveal my plans just yet, but just know that this will be

big and should my plans come to fruition, it will re-define a lot of what

it means to be a “scary” game. 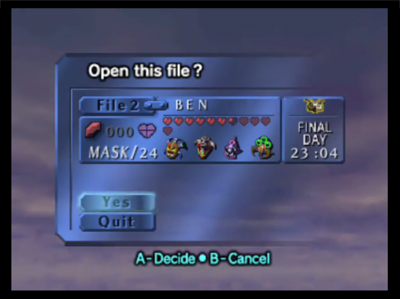 ZI: So far, what part of the story is your favorite or most enjoyable to

J: I’d have to say booting up Majora’s Mask or Ocarina and running around

codes, kind of just scoping them out to see what I could do with them and

letting my imagination wander. “Oh THIS would be scary” or “Hmm, can I use

this?”, that definitely was a lot of fun. In addition, I really enjoyed

sneaking into several popular tinychats and just eavesdropping on how

people were reacting to the newest video/update, but I would never talk in

them. Also, learning to write horror was a fun process and something that

human psyche a little bit more than I did before I attempted this. Very fun

Thanks again, Judusable, for answering our questions. I’m sure we all look forward to anything else you have up your sleeve and I, personally, cannot wait for what’s next. Anyway, that’s all for now.