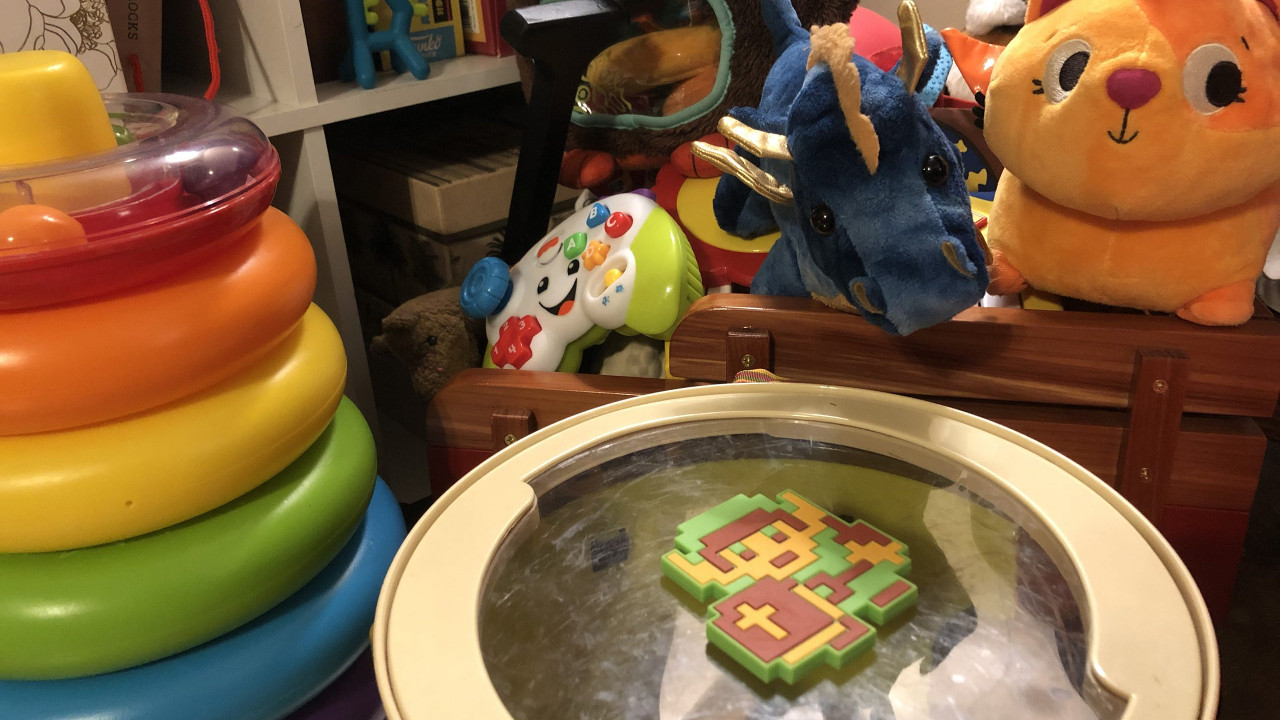 Content Warning: The subject of miscarriage is discussed briefly.

Everyone remembers their first video game. I do; mine was Centipede. I have distinct memories of sitting with my dad and learning how to play. I learned by watching him, but soon it turned into a game that we played together and created memories over. After learning how to play Centipede with my dad, video games quickly became a pivotal part of my personality and formed who I am today.

Growing up, my parents took me and my siblings to old arcades where I learned to play all sorts of classic titles. As a kid, I enjoyed games like Space Invaders, Pac-Man, and assorted pinball machines. I have many fond memories of asking for quarters when we were taken to the Cici’s Pizza that used to be up the road from my childhood home.

As I got older, we gained access to most of the classic Mario games; and my brother and I spent many of our younger years invested in Sonic the Hedgehog games. I still remember the day my Game Boy Color was bought for me, the day my brother and I bought our own Nintendo DS systems together after we saved up our money, and the many Christmases centered around a new gaming console.

Video games have always been important in my life, and they still are. But they feel even more important now that I’m a parent. Gaming has come a very long way since I was little, and I can’t wait to share memories and fun times with my son. I have a long list of games that I would like to share with him, but the game series I want to share the most is The Legend of Zelda. 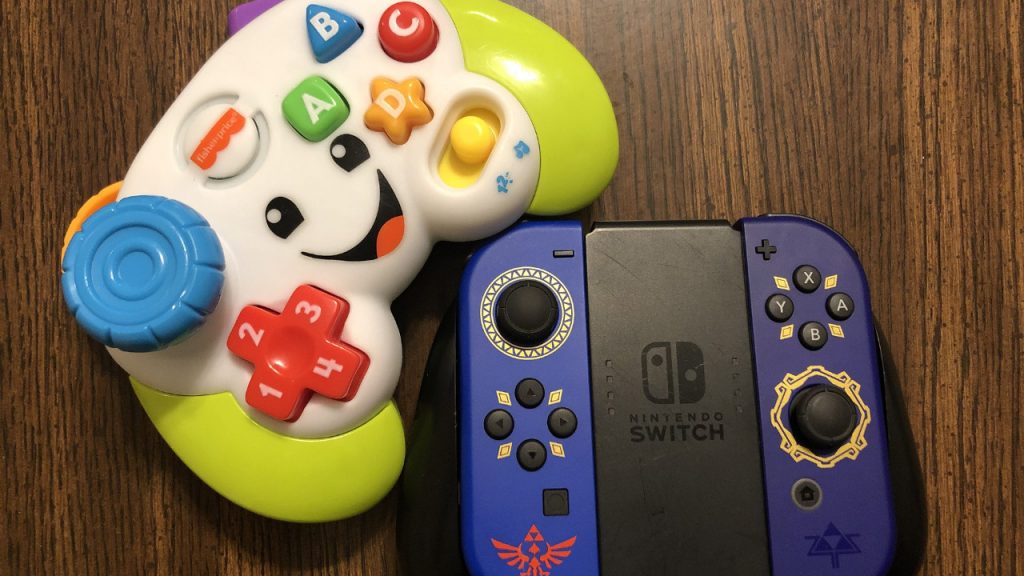 The journey to parenthood with my husband was a long one. I personally had a few health setbacks, and in the process, I miscarried twice. At the time, it seemed that we would never get to experience the joys of parenthood. During those hard times, I was extremely thankful to be part of the Zelda Dungeon team. The friendships I have made here have meant so much to me, and I would have never gotten through the rough patches without them and their unwavering support. If you had asked me before if my love for The Legend of Zelda would get me through some of the darkest days of my life, I probably would have told you, “No, it’s just a game.” I’m glad I was wrong. I’m glad that I had the world of Hyrule to use as an outlet to escape.

We never gave up hope though. Our son Samuel was born October 2020, and our lives are just so much brighter with him in it. I look at my baby and wonder who he will grow up to be. His whole life is in front of him, and I get to watch his journey, even if just for a little while. I get to share in his many new adventures, as he explores not only the real world, but the worlds of video games too when he picks up a controller for the first time.

While I was pregnant, I kept wavering back and forth on what game I would introduce my son to first. Growing up, I had a lot of favorites, but the more I thought the more it felt right that the first game I would ever show him would be a Zelda game. Unlike some on the ZD team, I did not grow up playing The Legend of Zelda from a young age. I was familiar with it, but I did not get to experience my first adventure in Hyrule until I was maybe 11 or 12 years old. My first Zelda game was Ocarina of Time; and after that amazing experience, I was hooked!

Though it wasn’t until The Wind Waker released on the GameCube that my love for the series began to truly reveal itself in full force. I still remember seeing the golden box on the game shelf at our local Blockbuster. My younger brother was the one who usually got to pick a game while I picked a movie; but this time, I was into the game. We used to rent The Wind Waker every weekend until we beat it together. There was just something so enchanting about the Great Sea and the power to control the winds with the Wind Waker. The art style and the music helped us get lost in the world. I remember there being days at school when the music would be stuck in my head, or days when I thought about how wonderful it would be to be sailing with the King of Red Lions. Even now, The Wind Waker title theme is the ringtone for my phone.

Playing The Wind Waker with my younger brother has to be some of my favorite memories of all time. It’s one of the main reasons why that game is a contender for my favorite Zelda game. To this day, it’s still a game that I haven’t completed “by myself;” and maybe I should. But part of me is holding out for the day when my son will be old enough to sit with me and we’ll be able to play it together. I wonder if I’ll let him discover the Zelda series on his own accord or invite him into Hyrule myself. He’s one-year-old now, so there is still some time before he’s sitting down to conquer his first Zelda dungeon. 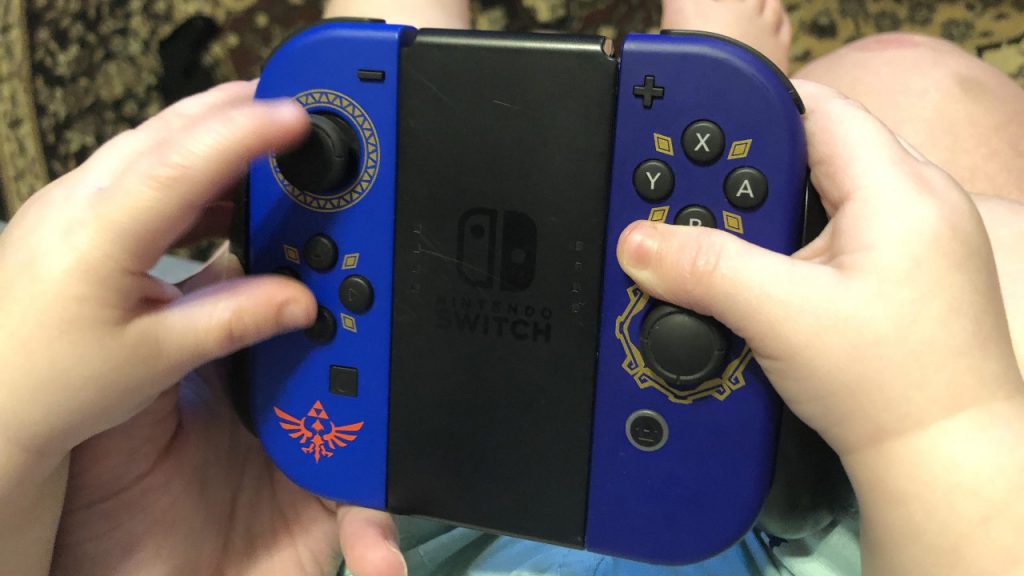 As a parent, you come to realize all of the things that you held dear as a child; and through your adulthood, those things begin to have even more meaning. I still have all of my Pokémon cards and am still an avid collector because I know that one day my son and I will sit down and talk about all of the cards. My husband and I have a massive collection of video games, collectibles, and books because we know that one day our baby might want to share in our interests. As I’ve journeyed through parenthood this last year, I look at all of the things that I enjoy because my parents had enjoyed them. My interests were influenced by them, and they nurtured my interests. I hope to do the same for my son as he grows.

The Legend of Zelda has always held such a special place in my heart and even more so now that I’m a mom. It’s a part of myself that I get to share, it’s a love that I get to pass on, and it’s memories that I can’t wait to make. I can’t wait for the day when I’m playing Breath of the Wild for the fiftieth time and my son asks what I’m playing or if he could play. I hope that he can find wonder and magic in Hyrule. I hope that he can learn bravery from Link, wisdom from Zelda, and how too much power can corrupt from Ganondorf. I hope he finds the same joy and happiness from these games that I have for so many years.

Of course, I say all of this, but my child may never have an interest in The Legend of Zelda. He may not want to play video games (though I find it really hard to believe when I myself am an avid gamer). As a parent, you look at your child and have so many hopes and wishes for them. You can hope that they like the same things as you, but you also hope that they will forge their own paths and make new discoveries. Whatever path my son forges with gaming, I hope that he has fun and that he finds joy. I also hope that Zelda Dungeon stays around for many more years so that my son can see that I dedicated a whole article to him on his first birthday.

The Legend of Zelda means so much to me, and even more now that I’m a parent.

Are you a parent? Have you introduced your children to The Legend of Zelda yet? What was their first Zelda game? Let us know in the comments below!

Heather Beard is a senior editor for Zelda Dungeon. She’s a mom to a pretty cool kid named Sam. Today is his first birthday. Heather enjoys talking about all things Zelda, anime, and cute cats. You can follow her adventures on Instagram and Twitter!

Comments
Sorted Under: Editorials, Slider, The Legend of Zelda, The Wind Waker
Tagged With: No tags were found for this entry.