The best and worst of Zelda partners 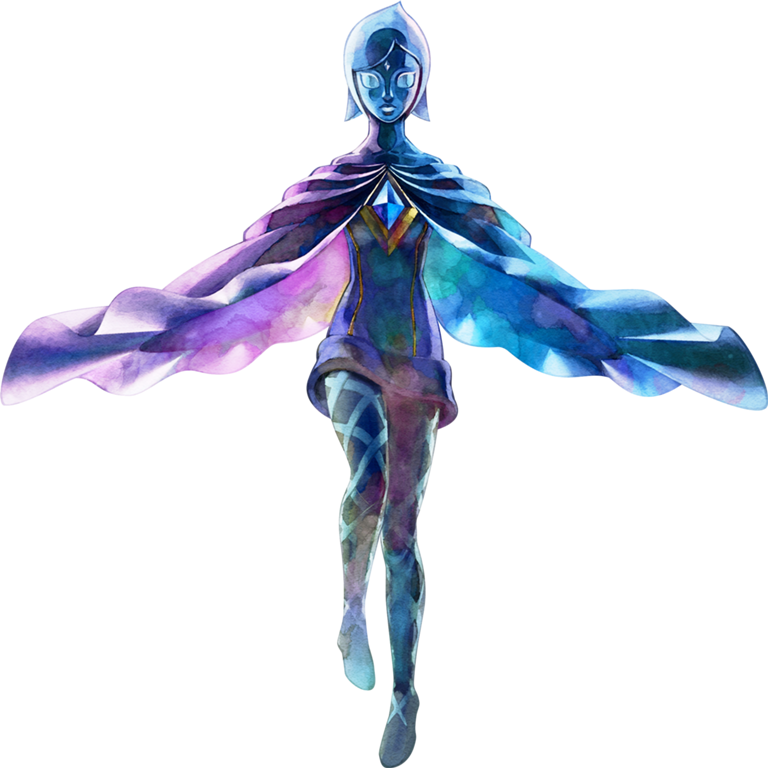 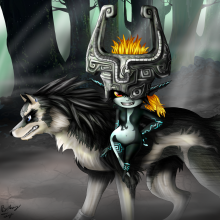 Zelda partners are extremely important characters. They act as story-tellers, guides, and voices for our otherwise voiceless hero. Let’s not forget, they also have the most screen time of any character in the game, barring Link of course, and for this reason, the execution of a brilliant partner character is an important staple when building any Zelda game. He/she is going to be remembered for better or for worse.

So which games created the best companions, and which ones simply fell short? Click the jump to find out!

Let’s start from the beginning! Since the first four Zelda games didn’t necessarily have partners (unless you wish to count the old man), our journey will begin with Ocarina of Time, and how fitting, truly? Because who can forget Navi? I sure can’t! Her extremely “useful” information really came in handy when I wanted to… Wait, this is bad. I actually can’t remember a single thing Navi ever told me to do, other than those constant reminders on the importance of listening, looking, and watching out. What a great first example on how NOT to make a companion! I promise you that the first thing anyone remembers of this character is her utter annoyance, not at all what made her interesting or helpful. In fact, ask people who haven’t played a single Zelda game, and even they are likely to know that horrible, unforgettable phrase: “Hey, listen.” Well Navi, I would rather not listen, because you’re ruining a fantastic soundtrack with your blabbering! A swing and a miss this time Nintendo, but it’s OK! You’ll have another chance, or two, or eight. 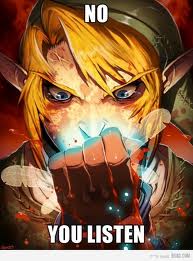 So what does Zelda’s second release for the Nintendo 64 give us in terms of partners? I remember being angry the first time I got my hands on Majora’s Mask, because I thought, “They did it again.” Why, Tatl looks just like Navi! But after a little while, I got over the visuals and realized Tatl wasn’t so much like Navi at all. In fact, Tatl was the first time Zelda introduced a partner that actually experienced some development. Her relationship with link grows as the game goes on, and that’s an important piece of her character. Let’s not forget that she gave MUCH less obvious information than Navi, only stopping the game to give you bits of Skull Kid’s backstory, or to tell you about an enemy when you ask for help.  I didn’t find her extremely interesting, but she was much better than the previous fairy, no doubt about it! Still, there was much room for improvement; improvement that we see in the next big release.

The Wind Waker makes a strange adjustment to the precedents set by its predecessors. Your partner is no longer some buzzing butterfly-fairy that follows you everywhere, but is instead your mode of transportation. We see some amazing character design in the King of Red Lions, because he is intriguing by nature. He’s a big red sailboat who talks, and that was enough to hook me to this game as a kid! But there’s more to him than just his exterior. For one, he doesn’t bother you constantly with useless information disguised as helpful tips. On the contrary, he’s actually very helpful, but only when it’s necessary for him to help. His attitude made him an exciting and bold character, despite the fact that he’s made completely of wood. This was the first game that created a really stellar secondary protagonist, and luckily for Zelda fans, it wasn’t the last. It’s successor did an amazing job as well. 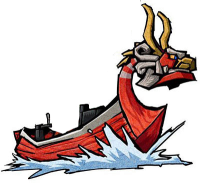 Yes, Midna of Twilight Princess has a humongous fan-base, and for very good reasons. She’s adorable, funny, dark, smiley, unhappy; she has actual emotions! She feels like a fully developed character, which is something we don’t often get to see in a lot of Zelda games. She tells interesting stories, only bothers you with information when you could probably use it, and is overall just likable! As you may know from reading some of my other articles, Twilight Princess is certainly not my favorite Zelda game, but I have to give credit where credit is due: Midna is extremely well-done.

So I’m sure you’ve noticed a pattern by this point. It seems the console Zelda games improved upon their partners as time went on, starting with the purely evil Navi and ending with the wonderfully designed Midna, but there is one game at the very end of this list that I have not yet mentioned.

Skyward Sword is a game I mentioned negatively in my last article, and I feel bad to do so again, because I do love it for all that it is. But sadly, once again, I must give credit where credit is due, and with Fi, I don’t believe any is. She looks cool, I guess, and I liked how she gave out probabilities of events and locations. In terms of character, she worked well on a static level; at least for most of the game. I think that scene at the end really ruined everything for me. I mean, she didn’t have feelings at the beginning, nor at any point in the middle, so why show ANY character development at all? And at the very end of the game, nonetheless? Really, the game was over, and they decided that would be the best time to give her character any hint of emotion? In terms of helpfulness, Fi gave ‘hints’ far more often than I would have preferred. I didn’t need all of that information considering the whole first hour of the game is a tutorial.  I think I’m going to call Fi a step backwards. I liked her, but just not nearly as much as I liked the King of Red Lions or Midna. 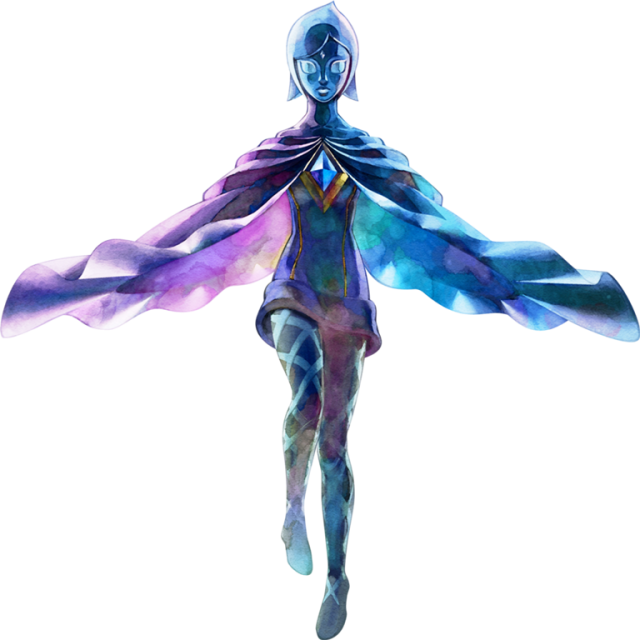 Wrapping up the console games on a low note, I’d like to transition in to the handheld titles by saying that they consistently delivered wonderful companions. There isn’t a single portable Zelda game that hasn’t kept the partner intriguing throughout the story, so with that introduction, let’s move on to a personal favorite!

The Minish Cap is named after Ezlo, a quirky Minish hat-maker who was turned into a cap by the evil sorcerer Vaati. He is literally on your head the entire game, but he actually NEVER bothers you with loud noises or Hey Listens. Instead, YOU ask him for help. He’s not going out of his way to tell you what to do! Still, the dialogue we do get from Ezlo not only helps us to understand his situation, but also develops Vaati’s character at the same time. He’s actually rather humorous as well, which I always very much appreciate. I love basically everything about this game, but Ezlo truly rises to the top as one of it’s finest elements. 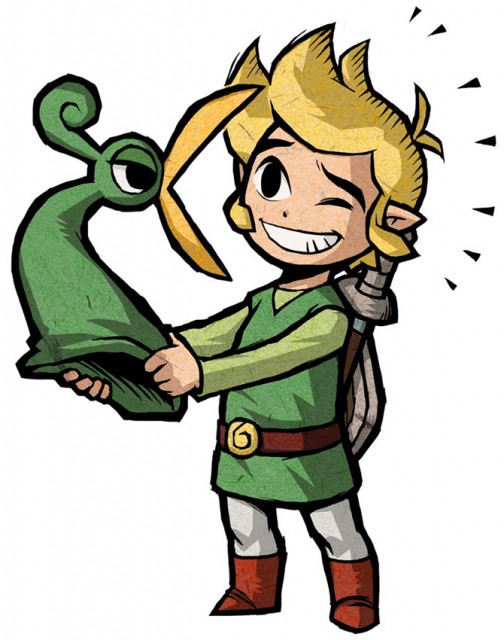 But who doesn’t LOVE Phantom Hourglass? Well, most of us don’t, I’m sure, myself included. It just wasn’t polished enough, it felt wrong and the area design wasn’t fantastic, but despite all of it’s flaws, I really like Linebeck. I do! I think he’s a great partner, simply because of his being a huge coward, and thus adding a hefty amount of humor. He was the one thing that I thought was done very well in Phantom Hourglass, so bravo on that. I really don’t have much else to say for this particular game, so let’s move on to it’s sequel.

Spirit Tracks is the final stop on our journey, and I consider it to be straight down the middle. It’s the first game in the series to give Zelda such a large role (No, I don’t want to count Wand of Gamelon). Her spirit floats alongside you and your train, occasionally merging into a suit of armor to help you out, and… that’s about it. I really like the concept, I think it was executed decently, but it was rather forgettable. As a rendition of the Zelda character, she would probably be one of my favorites, but only by default considering the other games don’t even give her much of a chance to speak. She was a fine partner, but not nearly, in my top three!

So knowing that Nintendo likes to focus on the companions in handheld games, and also knowing that every Zelda game since 1998 has had some sort of partner in it, I’m still a bit torn on how A Link Between Worlds will play out. From what we know so far, there is no sign of any partner character in the game, and there was no such character in it’s indirect prequels, A Link to the Past and Link’s Awakening, so I’m going to make a massive assumption; I do not expect there to be a companion in A Link Between Worlds, for the first time in 15 years. Whether or not this is a good thing, well, we’ll have to wait and see.

So what do you think? Who are your favorite/least favorite partners? What would you like to see more of in future games? Do you think partners are even necessary at all? How do you think the new Zelda games will go about creating their partners? Leave your answers below! And don’t forget that constructive criticism is always welcome!

And Lastly, because it’s now a running series, I would like to think of a name for it some time in the near future. I’ll be taking ideas for that as well!