The Best and Worst of Zelda: Musical Instruments Part One 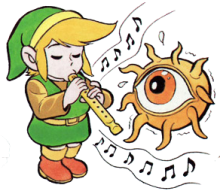 Hello readers! Brian here with the fourteenth edition of “The Best and Worst of Zelda.” This week’s topic has been frequently suggested, and I thought it was about time to address it, so thanks to all of you who have commented! There’s quite a few of them, so I’ve had to split this one into two parts, with part two coming next week, but still, don’t forget to leave your suggestions for the future below!
Musical instruments are integral items in almost every Zelda game. Each game introduces a different purpose for these items, but one thing remains constant; they never cease to add more beautiful music to the games’ soundtracks. Though each and every one of these instruments is fantastic in its own way, today we’ll be analyzing not only the music they produce, but also their purposes and the concepts behind them.

So as usual, let’s start at the beginning! The Legend of Zelda gives Link a rather strange multipurpose instrument known as the Recorder. In the real world, the recorder is among the lowest tier of instruments, only really being used in horrible 3rd grade music courses meant to teach children how to play an instrument. But this isn’t the real world, this is Zelda! Yet the recorder remains lame… It’s an item with 3 purposes, two of which are required to beat the game. The other feature of this item is that it acts as a warp flute. Sounds great, right? Except the warp spot it brings you to is completely random; in front of some dungeon you’ve beaten. Believe me, it gets frustrating to move around the overworld this way. I’d much rather walk than use the recorder 5 times. One of the necessary purposes of the item is the destruction of Digdogger, a dungeon boss that apparently hates certain sounds. This, I believe, was the only decent use of this item. It was an interesting way to defeat a boss, and at least it was hinted at by an Old Man in the dungeon, unlike the third and final purpose of this item: opening The Demon. The Demon is the seventh dungeon in the game, known for causing millions of children to cry, smash NES controllers, and complain about how “unfair” The Legend of Zelda was. There is a pond, and there is a moblin… nothing else. And you have to play the flute here. Of course. What else would you do? I have no idea how anybody actually figured this out back in the 80s, but it’s honestly ridiculous. To be somewhat positive, I do like the jingle the recorder plays, and it leads to a beautiful song later in the series. 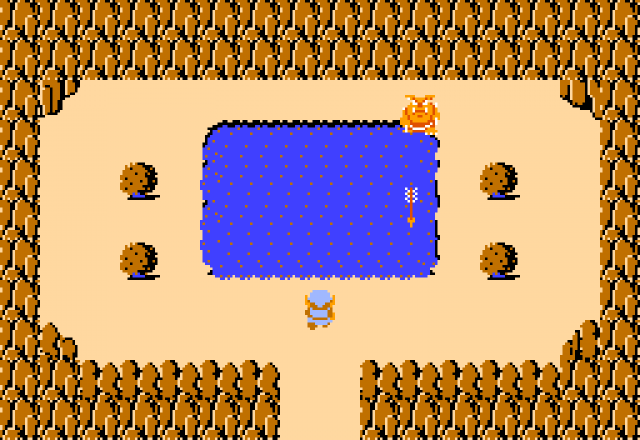 The Adventure of Link contained a functionally similar item called the flute, that I will not go into excruciating detail with, but I will say one thing: Why do you repeat bad ideas? I don’t think the “use the flute to find the dungeon” method was so brilliant in the first game, so why would they repeat it in Zelda II? A pretty poor idea on Nintendo’s part, if you ask me. Otherwise, this instrument is pretty boring, so I believe I’ll just move on.

I quite often say that A Link to the Past fixes everything that The Legend of Zelda did poorly. The flute in this game is an excellent example of this. Resembling an ocarina, the flute has a very interesting story behind it. You can see it first by visiting the Haunted Grove, where Flute Boy is playing to the animals. But go to the same place in the Dark World, and exactly where Flute Boy had been, there is instead a strange creature who tells of a buried flute. Upon getting the flute, the dark Flute Boy will transform in to a tree. In Kakariko village, you meet Flute Boy’s father, and then harness the power of the bird statue to soar all over Hyrule. A lot of subplot for one item, right? And the warping function has been completely fixed! You can actually choose exactly where you wish to go when you play the instrument; it’s extremely well-designed and helpful. The sole issue with this item is the tune it plays, which is certainly nice, but somewhat forgettable. A near perfect item.

Link’s Awakening was the first game in the series to prioritize musical instruments, with the collectable item from each dungeon being a different instrument with which to wake the Wind Fish. And although all eight of them are of major importance, I will not be talking about them as they are not usable items. Instead we will be looking at the Ocarina, which aesthetically is a recolored “Flute” from A Link to the Past, but functionally, it is a completely new item. This game introduces the ability to learn multiple songs, which, as we all know, frequently returns throughout the rest of the series. Despite the fact that it can only play three songs in all, it set an important precedent for future Zelda titles. The most memorable song, “The Ballad of the Wind Fish,” has become a favorite among Zelda fans for its beautiful melody. The “Frog’s Song of Soul” is not one I really care for, but is necessary for the completion of the game. But of the three songs, my personal favorite is most definitely “Manbo’s Mambo.” This is the game’s only unnecessary song, but it’s so helpful to be able to warp back to Manbo’s pond at any time. Not to mention, the song is so happy! I don’t know what it is about the cutscene in which Link learns this song, but I can’t watch it without smiling.

And now, what we’ve all been waiting for: Ocarina of Time! It’s in the game’s title; the ocarina is quite important. From a purely musical standpoint, the ocarina in this game plays the most beautiful music of any instrument the series had seen yet. Songs like “Song of Time” and “Song of Storms” immediately became classics for their stunning quality, while even less popular pieces like “Bolero of Fire” or “Nocturne of Shadow” are still beautiful songs. Every song the Ocarina plays is gorgeous, and deserves recognition, but that could be an entire editorial on it’s own, so let’s stick to the instrument for now. Despite it’s name, the Ocarina of Time cannot actually take you through time, but it does allow for almost anything else you wish to occur. You want it to rain? Play the ocarina. You want your horse to show up? Just play the ocarina! It does absolutely everything. Even the warping, which had been optimized in A Link to the Past, works very fluidly. But perhaps the best thing that comes of this game’s ocarina is the following cutscene:

That’s all we have for this week, but be sure to check in every Tuesday at 11:00 AM Central Time for more! And don’t forget next week, when we’ll start with the many instruments of Majora’s Mask. As always, comment your ideas for the future, and thanks for reading!