Posted on December 22 2015 by Mases Hagopian 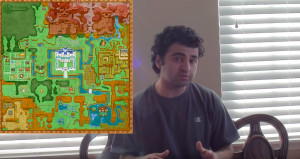 After taking a long time off, the Zelda Dungeon Mailbag has returned, this time with a brand new host. For the return episode, we have a lot of discussion about the upcoming Twilight Princess HD, as well as Zelda Wii U. Timestamps for all the questions can be found after the jump.

As this is a new iteration of the Mailbag, I didn’t want to continue to use the Curiosity Shop name that we previously had. Thus, at this point in time, I am taking name suggestions for this feature. Feel free to mention them in the comments below, and additionally, you can go ahead and ask questions that will appear in next weeks mailbag.

00:09 – Do you have any suspicions on the Timeline placement of Zelda Wii U?

01:30 – Do you think we get to travel to a parallel universe in the upcoming Zelda Wii U?

03:30 – What do you think the Wolf Link Amiibo will do in Twilight Princess HD and Zelda Wii U?

05:15 – Do you think Twilight Princess HD is being released to divert attention from Zelda Wii U?

09:13 – Do you think Zelda Wii U will drawn in casual gamers who aren’t necessarily Zelda fans?

You can send in next weeks questions to [email protected] or just post them in the comments below.