Mistranslation in The Legend of Zelda 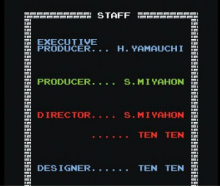 In the early days of video games, translations were iffy at best. As Zelda fans, we know this well, especially when you consider how cryptic the clues in The Legend of Zelda were. “10th ENEMY HAS THE BOMB” anyone? But one mistranslation in particular may surprise you. Hit the jump to see what it is.

The folks at Official Nintendo Magazine recently did a story on Classic Gaming Mistakes, and several of these were from the Zelda series. You can expect to see more posts about those. While the sketchy (and sometimes downright misleading) clues and other misspellings like “Gannon” from the first game are well-known, one thing that many overlook is the fact that Shigeru Miyamoto is credited as “S. Miyahon” in the credits of the game. Don’t believe us? See for yourself! (And if that picture isn’t good enough for you, replay The Legend of Zelda and wait for the credits to roll!) 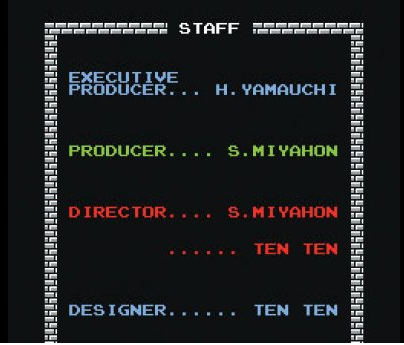 As the article explains, Miyamoto’s name is made up of two kanji. The one that we read as “moto” is context-sensitive, and can also be translated as “hon.” An understandable mistake, but one that certainly wouldn’t fly today. Oddly enough, this error is one of the things to remain unfixed even after Nintendo has cleaned up the game somewhat. In newer versions, such as the GBA re-release, the intro scroll is bereft of “Gannon” and “8 units” and the like, but the clues remain as incomprehensible as ever, and Miyamoto remains Miyahon.

Why do you think this is? Leave a comment!