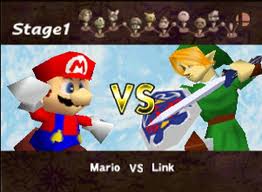 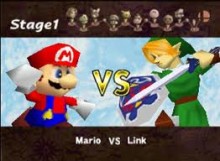 There are loads of important questions that are yet to be answered; what’s the meaning of life? Is there a ‘correct’ religion? What can we do as individuals that would benefit mankind? And, most importantly, who would win in a fight between Link and Mario? It’s a question that is asked in many different forms, who would win between Batman and Spider-Man? Wolverine and Superman? The possibilities are endless and there are numerous videos showing epic duels between characters but not many live action ones. The talented individuals part of YouTube channel Emc Monkeys have created a live action video of what would happen if Link and Mario turned at to save the princess at the same time.

Take the jump to see what happened!

I thought this was amazing. Not only was it well choreographed but using sound effects from the games, traits of the characters, Mario’s subtitles and even the special effects were really good, like when Link used his Spin Attack. There were a few laughs to be had, too, and the ending was perfect, combining well known aspects from both franchises, even if both aspects annoyed everyone. The fight was a little on the short side but, even so, it was a great video and I’m very impressed.

What did you think of it? Who do you think would win between Link and Mario? Are there any showdowns you’d like to see? Tell us all in the comments below.