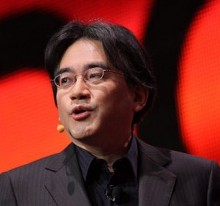 Not counting the often-mocked Zelda games on the Philips CD-i, Link’s quests have always been exclusive to Nintendo platforms. If the Japanese company has its way, this won’t be changing anytime soon.

Nintendo President Satoru Iwata insists that the company will not switch to multiplatform development, despite the sluggish sales of it’s Wii U home console. The Wii U’s poor performance on the market has led some to question whether Nintendo should follow in the footsteps of Sega, which abandoned console development after the failure of its Dreamcast system. Iwata, however, says the company’s future would be harmed if it switched to developing only software.

Hit the jump for more on Iwata’s stance on developing games, including Zelda ones, for rival systems.

Citing the stimulating relationship between the company’s hardware and software teams, Iwata stressed in a statement to CVG that any short-term profits made through multiplatform development would cost Nintendo its unique identity.

“What I believe is that Nintendo is a very unique company, because it does its business by designing and introducing people to hardware and software – by integrating them, we can be unique. And because we have hardware and software developers in the same building, they stimulate each other,”

Despite this, Iwata admitted that the company he heads has faced recent trials. Although Nintendo’s first financial quarter for 2013 ended in a net profit of 8.6 billion yen ($88 million), this has been mainly attributed to the continuing strong performance of the 3DS. Wii U sales continue to lag.

Personally, I have mixed feelings about the possibility of Nintendo becoming a third-party developer. So many childhoods have been impacted by Nintendo consoles over the years, that it’s hard to imagine future generations growing up without them. The Nintendo Entertainment System practically saved the video game industry, and each of its successors has contributed something new to gaming culture.  It would be a shame to see such a noble tradition come to an end.

Nixing their hardware would allow Nintendo to focus more on making great games. Taking advantage of the more powerful technology of the Xbox One and PS4 could also lead to monumental advances in gameplay. On the other hand, there’s always the danger that appearing on other consoles could erode what makes Nintendo games special. We need look no further than post-Dreamcast Sega to see an example of this. The mere possibility of Zelda declining to the extent that Sonic the Hedgehog has, is enough to send shivers down my spine.

Are you glad to see that Nintendo is still dedicated to its hardware? Does the possibility of playing Zelda on another system appeal to you, or appall you?