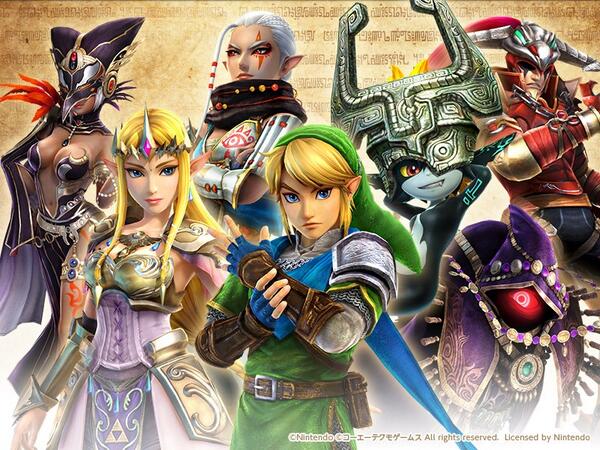 An attendee of Japan Expo in Paris got the chance to try out a Hyrule Warriors demo and learned about some new and interesting in-game features. According to tumblr user lovelymidnamage, the demo had only Link and Princess (Queen) Zelda as playable characters. The interesting detail of the story to note is that there may be online cooperative play implemented in Hyrule Warriors. While a two player mode has been previously confirmed, this opens up a lot of awesome possibilities.

The lady next to me confirmed to me two things:

1) There will be both ONLINE and offline co-op.

2) Apparently, more classic characters are going to appear (she smiled when I asked if OoT chars were going to come but didn’t answer me because she couldn’t, interpret that however you want).

3) By leveling up your character you’ll unlock stuff? She couldn’t really answer this either but I’m guessing weapons/heart/combos/cancels?

On that final subject, the leveling system had been a brief topic during the Nintendo Treehouse demo with Midna. However, as of now, all we know is that it will affect the power of your finishing moves. I’m still wondering about new characters for Hyrule Warriors’ roster myself. Who will we see next? For now, we’re left with these small details.

What do you think about online play being added in Hyrule Warriors? Share your comments below.