Gossip Stone: What Sort of New Tunics/Armors Could Be in Zelda Wii U? 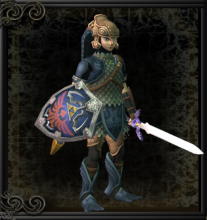 The Legend of Zelda series has shown our favorite protagonist obtaining and wearing a few different variations of tunics and armors, sometimes used to access new areas, others to breathe underwater or experience invulnerability in exchange for cold hard Rupees. Some reduce damage intake, and some are there just as a joke for your second playthrough. My question is this: will tunics and armors continue to influence future Zelda games to come, and what sort of new quirks could these clothes bring to new areas and dungeons? Hit the jump to see a couple ideas, and to join the discussion!

If there has been one consistent terrain in the Zelda series which we have not been able to easily traverse, it has been lava. Walking on lava, swimming in lava, though a bit strange of an idea, is not all too different from wearing blue clothes and suddenly being able to breathe underwater. Ocarina of Time introduced the Goron Tunic, allowing Link to tolerate the immense heat inside Death Mountain Crater and the Fire Temple, as well as resist certain fire based damaging effects. 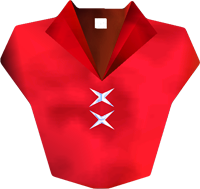 What I am suggesting takes this idea a step further, maybe in the form of some sort of full body lava resistant suit, used to both walk on and dive into lava. Though this could appear aesthetically similar to diving into water, assuming the lava would become somewhat transparent upon submersion, this could introduce a new game mechanic of being able to interchangeably walk on a terrain, and dive below the same spot at your leisure. The possibilities for new and interesting puzzles through this mechanic seem bountiful, making the idea of a “Lava Suit” a plausible new tunic or armor for the next Zelda installment. 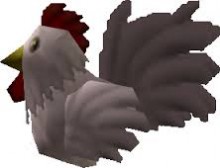 Next, I would like to propose the idea of “Feather Armor.” The Feather Armor, made from the feathers of Cuckoos, would allow Link to jump higher and further across gaps and run faster on foot due to the armor’s imbued weightlessness. This could work especially well in a larger overworld at times when faster means of travel are not available, as well as make certain areas inaccessible until one obtains the ability to jump further or run faster. The armor would essentially be a combination between the Bunny Hood and Roc’s Cape, but applied to puzzles and general travel in a main console setting. Gliding could also be an ability of the armor, creating opportunities for variability in wind related puzzles. Maybe it could be used to talk to Cuckoos as well! The opportunities are endless.

I believe using different tunics and armors with special powers can introduce just as many new game mechanics as Link’s arsenal of weapons do. I hope Zelda Wii U implements different tunics as effectively as the series has in the past, but strays away from the generic abilities we have come to expect from them. What are your thoughts for possible new tunics/armors to be used in the next Zelda game? What sort of powers would they have? What would they look like? Comment and let us know!