Posted on September 15 2017 by Alfred Tabaks 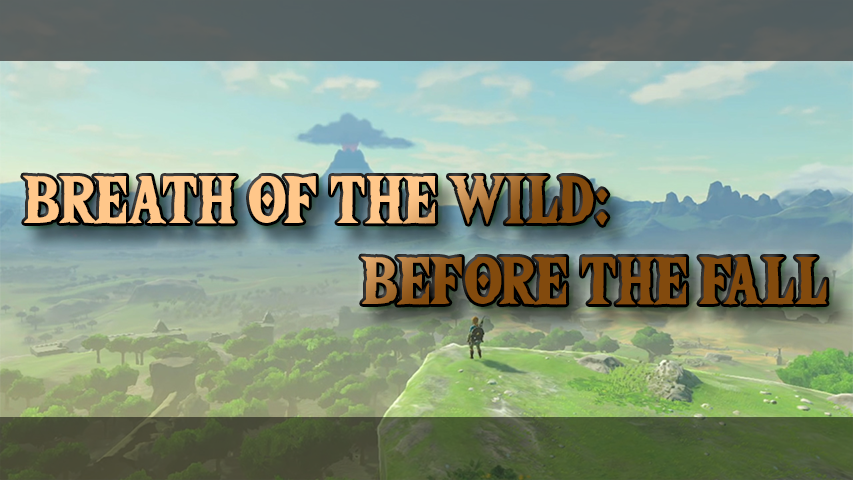 Groaning, Link took off towards the princess. Unaware of the Moblin behind her, Zelda only saw Link rushing towards her with his sword drawn. With a squeak, she jumped out of the way, only to see Link drive his sword through the Moblin’s chest. He drove it upwards into its chest, instantly killing it as its blood poured from the wound and onto the young hero. Not only did it smell bad, but it burned as well.

Link withdrew his blade and shook off the blood, wiping it off before he sheathed it. Whatever clothes he had left were dissolving thanks to the creature’s expulsion. “Link!” He said, hearing Mipha gasp as she noticed his near-nudity. Link jumped, covering himself as he ran back into their hideout to retrieve more clothing. Revali couldn’t help but laugh at the young hero, while MIpha blushed at the sight of her lover being nearly naked. Zelda didn’t quite know what to feel as she had just been saved by him. Despite what she had said to him, maybe she did indeed need him after all.

The next morning, Zelda stood up, “listen, I know we said we needed to go to the Gerudos to pick a champion, it seems that our knight is in need of an armor and weapon upgrade. As you all know, the Goron are the best blacksmiths in the kingdom and, as such, we should try to knock out two Keese with one stone.” Revali nodded, though, he hated the Goron and their positive attitudes. Mipha wasn’t a fan of their City, either, because it’s typically extremely hot and dry – not exactly Zora-friendly.

Link agreed, desperately wishing for something to use himself, whether it be armor or a weapon. Not that he wasn’t grateful for his sword, but something stronger and more versatile. It was true that Gorons typically forged the most durable and strong weapons, such as heard of in the legend of the Hero of Time. He wondered if he could get something like the Biggoron Sword, that is, if they still made it.

“…hello? Link?” Zelda said, waving her hand in front of him. Link snapped out of his daydreaming and saw Zelda in front of him, her face incredibly close to his. Falling back in shock, he looked up at her with confusion in his eyes. “Can I help you with something?” He asked, shooting her a knowing glare as he dusted himself off.

Zelda looked at him with a cross expression and turned her head away from him, her nose in the air, “I just wanted to say, uh, thank you, for saving me. But just so you know, I could have handled it myself!” She said, with a huff of disapproval.

“Man, you’re quite spoiled, aren’t you?” Link replied, annoyed by her tone and half-hearted thank you.

“Excuse me?” Zelda turned back towards him, a look of anger flashing across her face. How dare he talk to her like that.

Link locked his gaze with hers, “you know exactly what I’m saying. Would genuine gratitude be so hard for you to muster? Or does everything have to be about you? Because guess what, princess, nothing is about you! It’s not about me, it’s not about them; this is all just some… some divine prank! The gods love toying with us! They love watching us scurry and fight and cry and… and die!” His shouts echoed throughout their cove, both of their companions turning towards them.

Revali was a bit taken back, but also impressed, by the boy’s bravado. He was standing up to one of the highest offices in the land. Either he was confident, or foolish. Maybe a bit of both.  Either way, Zelda was not expecting this reaction. “Why I-” She was about to speak, but she was too flustered to compose her thoughts and just walked away, heading towards the lake.

Maybe he went a little overboard. Link let out a sigh, and tilted his head. He looked for assistance from his companions, but they looked away, leaving him to his own devices.

Sorry, there are no polls available at the moment.
Tweet

Comments
Sorted Under: Breath of the Wild, Fan Fiction Friday, Games, Original Content, Slider
Tagged With: No tags were found for this entry.