Fan Fiction Friday: The Silence Within the Stone – Chapter 19 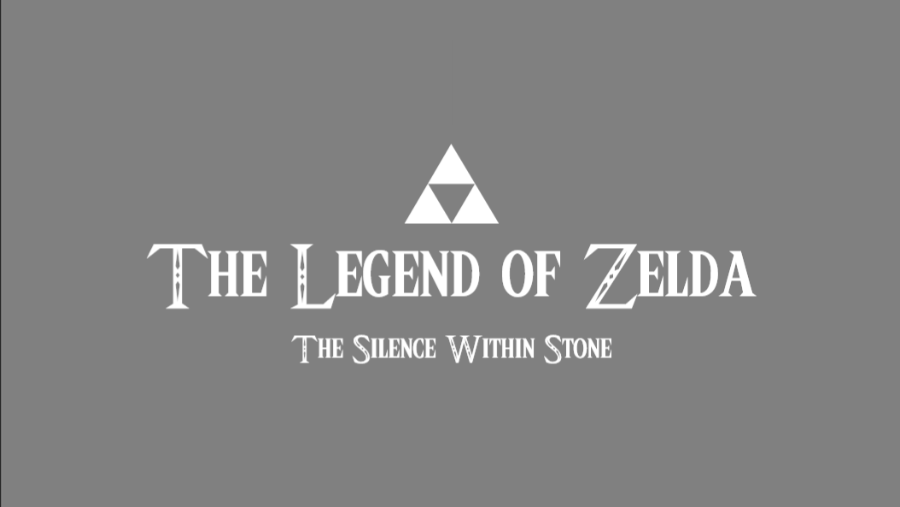 The trio raced hurriedly toward the border of the Gerudo Desert, reunited with their steeds by the courtesy of the Great Fairy’s grace. It felt to Link and Jenoa as though each horse had been freshly invigorated, as their gait had reached a level of zeal they hadn’t experienced before. Perhaps their mutual desire to leave the arid, scorching desert and the rejuvenating effect of fairy magic had something to do with it? Link couldn’t agree more and appreciated the tepid winds in his face as they raced along as much as he could. The journey had been one of necessity, but he couldn’t imagine ever returning to this place. If he did, it would certainly have to be for a very good reason. He narrowed his eyes as they continued onward, eager to feel the spray of water on his face. Who was this individual that would help him fulfill this so-called “destiny” of his? He realized he hadn’t really taken much time to himself to fully acknowledge the generous amount of information that had been heaped on him. It was a lot to absorb to be sure, but there was something within him that acknowledged it and accepted it with pride. There was a surprising lack of fear in the unknown future that awaited him. He looked backward at his two companions, Jenoa and Rukio, rolling thunderously beside her and knew immediately where his courage sprang from. He turned back to face the horizon and wiped a bead of sweat from his brow. Zora’s domain couldn’t come soon enough…

Jenoa however, was handling the revelations that came from their encounter differently. The Great Fairy’s parting words rang loudly within her mind. She had requested a brief, private audience with Jenoa before sending the trio to the surface to continue their quest.

“Jenoa,” she said, beckoning her closer. “I see very clearly what is in your heart. You are bold, stalwart, and compassionate. Perhaps to a fault. There is a great deal of anger within you. Through our…experience, I was able to observe moments of your past. Though you are indeed a product of your mother, you certainly do not have to be. Please try to bear this in mind as you journey with Link. He will need your experience, and I’m sure that he in turn will provide you with a much-needed respite from the tumult within you. Like sides of a coin, you are both quite different, yet strikingly similar. Allow him to help you as he must do in turn. A perilous journey awaits you. It would be wise to seek solace and trust within others to see you through the darkest of times.”

Her train of thought was broken by the loud sound of Rukio striking a rock that was jutting out from beneath the sands. He had been sent airborne by several feet before crashing back down into the soft, hot terrain below.

“Sorry ’bout that!” he called out to them. “It gets kinda hard to notice things like that once I really get rollin’ like this!” She couldn’t help but wonder if the young Goron ever felt pangs of nausea as he rolled around like that. She would be lying if she said that simply watching him didn’t begin to make her own stomach churn. Defensive tumbling had been a staple of Gerudo training, but what Rukio was doing put her years of strenuous preparation to shame. Out of the corner of her eye, she saw Link stretch his arms outward above his head. At first she thought him to simply be stretching. It was a long ride after all, but within moments she was able to feel what sparked such a reaction in her new comrade: the air was growing cooler.

“Finally!” she heard him say as she spurred her horse onward to ride next to him. Sure enough, the haze that blanketed the top of the horizon had dissipated significantly and allowed her to see unfamiliar landmarks dotting it. She had only heard tales from the other Gerudo of their voyages beyond the sands–warriors returning with tales of combat and conquests of a different nature. Given their matriarchial societal structure, it was tradition for Gerudo warriors to find mates beyond their borders to keep their population strong. No matter the father, the child would always be born a Gerudo. The whole business left no interest within Jenoa, and she tended to let her thoughts drift when the subject was broached. She was sure that had her Mother lived long enough, she too would have been “encouraged” to fulfill her duty to her people in that respect. She breathed a sigh of relief upon remembering that she was no longer a slave to their whims, and was free to live her life as she saw fit. But was she truly free now? She had just had the weight of the world thrust upon her shoulders and she began to wonder if shouldering said burden might be too much. Had she escaped one set of shackles to don another? She looked at Link, the smile on his face clearly reflecting the growing relief he was feeling at returning to the land of his birth. Did he truly have need of her? He was quite capable and Rukio was no stranger to survival either. She pushed such thoughts from her head and continued to ride on.

“How does it feel?” Link asked her as the ground beneath them had slowly become less composed of sand and more of solid ground.

“How does what feel?” she called back.

“To be out of the desert,” he said. “I have no idea how you did that for that many years. That heat was something else.”

She smiled. “It’s simply what we are accustomed to. Our bodies have acclimated to the climate over centuries. It’s second nature to us at this point.” She gave a quick, reflexive shiver as the words left her mouth.

“It looks like you aren’t acclimated to my climate though,” Link said as he bent over the opposite side of Epona and began rifling through her saddlebags. Link was right. This weather, while cool to him was like a biting frost to her. Her years of isolation with her people was now proving to be a formidable foe in of itself.

“Catch!” he called out to her, and threw a balled-up garment her way. She was able to cease shivering long enough to grab it.

“It’s a cloak of mine. Hopefully that helps while you’re still getting used to–” he stopped mid-sentence as he watched her feverishly throw it around her and fumble with the clasp that fit around her neck. “Okay then!” he said with a laugh. “You’re a bit taller than I am but that should still do the trick.”

“I thank you,” she said, doing her best to hide her quivering lips and chattered speech.

They continued onward for some time bearing northwest. Link had never visited Zora’s Domain personally so this would be a first for him as well. He had met several as he grew up during trips to Hyrule Castle Town market with Audwin, his initial reaction being shock at their physical differences from his own. Their blue-hued skin was quite sleek and two black eyes rested within heads that featured elongated points that rested behind them, similar to that of a ponytail that many Hylian girls had worn their hair in. They were a slender people, but as Audwin explained, that was because they were adept swimmers, and nature called for their bodies to be that way. He was eager to see more of their kind, though he had wished that it was under better circumstances.

They continued onward for several hours, taking occasional breaks to forage and have a bit to eat before continuing on. The sun was at its zenith, but Link found it odd that the afternoon sun seemed to do little to bring added warmth. If anything, it seemed to be getting colder? They neared where Link believed the boundaries of the domain began, but something wasn’t quite right. He had been told stories of the majestic waterfalls that cascaded all around, and of the verdant foliage and greenery that sprang forth because of the plentiful waters. What he had found however was quite the opposite. He noticed a frost that was covering the ground as they drew nearer, and he tugged a bit at his tunic in an effort to hold in a bit of body heat. He looked to Jenoa, who appeared to be quite sickly by this point. He had no other garments to give her and thought it best that they turn around for the time being.

“We need to go back,” he said, looking at her intently.

“No,” she quietly protested. I’ll be fine. I’ve faced worse than this.

“Your body isn’t used to this. I’m not even used to this. We need to turn around and try and figure out what’s going on. Rukio, how are you feeling?”

“I’m good Brother! I think my rocky skin helps keep me pretty comfy in any situation, but I’m with you, we need to get her somewhere warmer.”

“No!” she called out again, taking both by surprise. “We continue onward. You have a destiny to fulfill after all, and who am I to impede that?” By now, the horses had continued during their exchange, and they saw in front of them as they turned the corner of a crag several large waterfalls in front of them completely frozen. The ground beneath them was no longer frost, but a thin layer of ice. Luckily, the horses were able to maintain their footing as it wasn’t thick enough to withstand the horseshoes on their hooves. Even so, Link had a very bad feeling about this. He began to hop downward to tend to Jenoa, who began to sway in her saddle, when a loud roar pierced the sky, causing all three to cover their ears in protest. They looked about and heard shouting coming from the direction of the waterfalls. Link squinted, and thought he could make out several of the Zora people adorned in coats and waving them over fervently.

“Quickly!” they called out to them repeatedly. “Quickly! There is no time! Silindrath draws near!”

“Silin…what now?” Rukio asked louder than he anticipated, his ears clearly having been affected negatively from the roar. The ground began to shake around them and the sound of large, flapping wings grew louder and louder. Link looked around before seeing a stark white form descending upon them from behind and growing larger as the distance between them closed. There was no doubt in his mind as to what the creature was.

This was a dragon.