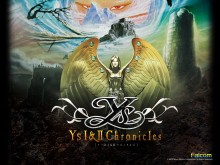 Sometimes fantastic action-adventure series don’t make it over to Nintendo consoles, leaving many Zelda fans–those most likely to devour such a game–completely unaware of their existence. This is unfortunate, but likely intentional: worried that Zelda will overshadow their games, sometimes developers will focus their releases elsewhere.

One such fantastic action-adventure series, Ys, has seen very few Nintendo releases. But with its battle system, puzzles, and cutely serious tone, I think many Zelda fans would be overjoyed with what these games bring to the table. 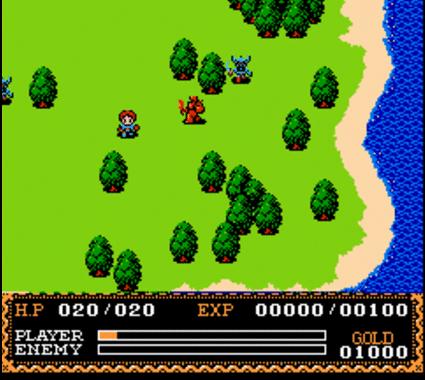 But first: some history. The Ys series is almost as storied as Zelda. It began, like The Legend of Zelda, in the humble 8-bit era by a little-known developer named Falcom. Chances are that if you haven’t heard of Ys, you won’t have heard of their other series (Brandish, Zwei, Legend of Heroes). They are a small company more concerned with making their games the way they want to with their small team rather than focusing on what has the most mass market appeal. To that end, Ys has never gone the way of Ocarina of Time–the new entries in the series still use a top-down perspective all these years later. The only game in the Ys series to buck that design was the Adventure of Link analogue Wanderers From Ys which, like Zelda II, decided to trade in the overhead perspective for a side-scrolling one. And just like The Adventure of Link, this odd Ys game is considered a bit of a black sheep. So much so that more than two decades later it would receive top-down style remake.

So how exactly are the Ys games similar to Zelda? Well, besides the fact that the main character in each game (Adol, the Red-headed Swordsman) speaks but you never see his actual words–just like Link–and his primary weapon is a sword… I suppose you could say the similarities are bases only on the fact that they are in the same genre. But you must remember: Zelda originated that genre, so this distinction is more important than meets the eye. In fact, without Zelda there likely would never have been any Ys games–or any other action-adventures, for that matter.

Puzzles. Ys is full of them. And just like Zelda: item you discover in a dungeon or otherwise acquire are often the only thing that can defeat a certain enemy, or are the only thing to allow you to progress past a geographic feature. You need to breath longer underwater to make your way to somewhere new? There’s an item for that. You need a talisman to withstand the heat of a volcanic area? There’s an item for that. 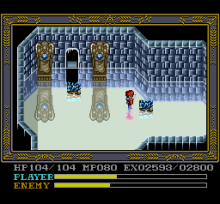 The combat in current Ys games is pretty Zelda-like–you press a button to swing a sword at your enemy–but it wasn’t always so. Back in the 8-bit era the combat utilized the very peculiar “bump system”: Adol always holds his sword out in front of him and you simply run headlong into the enemy, preferably at a bit of an angle lest you lose some of your health as well. When Falcom made the odd decision to have two completely different versions made of their fourth game–one for the TurboGrafx-16 and one for the Super Famicom (it never made it outside Japan)–they opted to drop the bump system in favor of Zelda-like sword swinging for the Nintendo platform. And they’ve never gone back to the bump system since. 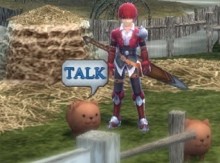 Cuccos. They aren’t in Ys, no, but just like Zelda has its trademark farm animal in nearly every game, so too does Ys. Pikkards. The look as much like a pig as a Cucco looks like a chicken, and they have a habit of escaping their pen in many Ys games, often providing a Pikkard-gathering side quest.

A major difference from Zelda is that Ys games are placed in a tight chronology. Instead of taking place in the same land but separated by many centuries, Ys games take place in the same decade but many different lands, all in what seems to be a fictional ancient alternate reality of Earth. Also, like most modern games besides Zelda: Ys features full voice acting for all of the characters save the main character. And maybe that’s a route Zelda could take; maybe we could hear all of the characters talk besides Link.

Ys may not have hearts for HP nor Octoroks, but there is something very Zelda-like about it besides its action-adventure gameplay. Whatever it is, it is a fantastic series, one that is as nearly long-lived as Zelda and still going just as strong.