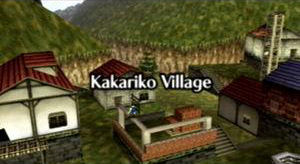 Are there any particular goodies about the classic Zelda games that you would like to see return in future Zelda titles? Well, the folks over at Zelda Chronicles have put together a list of five things that they think should return for future Zelda titles. The listing has quite a range of things from musical scores, geographical locations, and sword techniques. You can check out the full listing along with descriptions by clicking here.

I don’t necessarily agree with all five items listed, but the Towns in particular are one that I’d like to see improve upon. In just about every single Zelda title to date, I’ve almost always felt that Hyrule was significantly larger than what the population warranted. There just isn’t many towns or people to interact with. Zelda II: The Adventure of Link was the first game to introduce towns in the series and it basically has been the last game that has fully utilized multiple towns. There were numerous towns throughout the Adventure of Link and even for a primitive Zelda game for the NES, each town still served its purpose with multiple characters that Link could interact with. Each town had its own wise man, places you can get healed and fill up your magic, as well as a couple other secrets deep within a few particular towns.

In most other Zelda titles there has always been one or two large central towns, with another 1-2 minor towns throughout the land. Majora’s Mask had the most lively town in the Zelda series, in which a majority of the storyline was focused around the townsmen of Clocktown. There was a seemingly endless amount of things you could do in Clocktown and it was one of the few towns that actually felt populated. Other Zelda games also had one central town such as Mabe Village in Link’s Awakening, Windfall Island in The Wind Waker and Kakariko Village in A Link to the Past. These large towns were the most populated locations of the various games and there was lots to do. However, outside of these respective towns, Hyrule seemed almost deserted with a lack of people throughout the rest of the land. Other games still had one central town, but had multiple other populated towns and villages. Ocarina of Time had its central point of Castle Town, but also had a steady population in the Gerudo Fortress, Goron City, Zora’s Domain, and Kakariko Village. Twilight Princess had a much less populated Kakariko Village, but it also had a small village in Ordon Village, and the massive Castle Town in the center of Hyrule.

All in all, we’ve gotten a mixed bag with Zelda games throughout the last 20 years. Even Phantom Hourglass and Spirit Tracks had a series of small towns at particular islands and stations. However, it seems that in most games there is one main plot segment or one central sidequest at each town and then the towns are completely forgotten. In some cases you never even need to return to the town again in the future. I think Zelda needs to move away from this, as it is causing the games to become increasingly linear. Having more optional and required quests throughout the towns, including ones you’ve already visited, would be a fresh idea and would add more depth to future games.

So what did you think of the list that was put together and what are your thoughts on the towns in Zelda? Are there particular Zelda games that you felt did things right? Do you prefer to have one central town and then several smaller surrounding towns? Or do you prefer to have more evenly balanced towns like in Phantom Hourglass and Spirit Tracks? Let us know by posting in the comments below!