Posted on December 26 2015 by Alexis Anderson 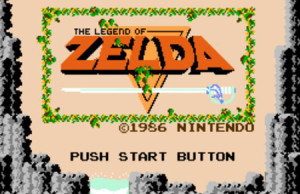 The game that started it all, the reason why we all had the opportunity to become Zelda fanatics, The Legend of Zelda was a deliberately crafted masterpiece from the beginning of its production. The game was meant to counterbalance Mario’s gameplay style by being open-ended, story-focused, and require players to think critically. It was the first home console game to save players’ progress, it took inspiration from Miyamoto’s childhood as well as high fantasy novels, and it contained only six musical tracks (all now iconic).

If I didn’t have enough respect for The Legend of Zelda before watching this video, I definitely do now. I think it’s kind of funny that certain Nintendo heads thought the public might not respond well to the open-world style of play, but then the game goes on to sell over six million copies, influence the future of gaming, and spawn a beloved series with such devoted fans. I was a little disappointed to learn that Miyamoto left most of the plot and story writing to someone else, but I salute Takashi Tezuka for introducing my favorite element of the Zelda series.

What did you think of this The Legend of Zelda history breakdown? Did anything in the video really shock you? Are there any other Zelda games you’d like to see a breakdown of? Share your thoughts about the video and relay some of your fond Legend of Zelda memories in the comments!