A ‘Knock-Out’ Zelda Sale Including A Link Between Worlds, The Legend of Zelda, and NES Remix 2 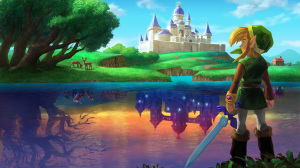 During this month’s Nintendo Direct it was announced that Nintendo would be having three weeks of Throwback sales to celebrate the release of three Wii titles on the Nintendo eShop.  Last week’s release was Super Mario Galaxy 2 with older Mario titles on the Virtual Console being on sale.  This week however we get the release of Wii’s Punch-Out!! which oddly enough ushers in the sale of two titles from the Legend of Zelda series and one title that happens to have Link in it. The sale starts 1/22 at 9 a.m. PT and goes to 1/29 at 8:59 a.m. PT.

Most exciting of all is a $10 price drop of the newest Zelda game ‘A Link Between Worlds’.  For those of you who still haven’t picked it up this is a great chance as newer Zelda titles almost never have a full price drop (2011’s Skyward Sword for the Wii still retails at most places for $50).  So in the event you’ve been on the fence until now, picking up this amazing game for $29.99 is a great deal.

Second up is the original NES title ‘The Legend of Zelda’ for a whopping $3.49 at a full $1.50 discount from normal price.

Finally, as this seemingly unrelated sale continues, NES Remix 2 (featuring Link in some levels) for the Wii U is now available for $10.49 with is nearly $5 off the original price.

Which games are you excited to pick up on sale and which Zelda games do you hope go on sale next week?

Comments
Sorted Under: A Link Between Worlds, Nintendo News
Tagged With: No tags were found for this entry.