Posted on June 12 2011 by Nathanial Rumphol-Janc 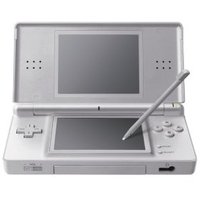 Touch screens have evolved a lot since the original DS came out a few years ago. Whereas at the dawn of the DS the machine used some of the best hardware in the business, since then the technology has evolved to support multi-touch and more robust and accurate capacitive screens. In an interview with Joystiq, 3DS producer Hideki Konno talked about the reason why the 3DS still uses the same 7-year-old tech as the original DS:

3DS hardware producer Hideki Konno told Joystiq it’s because of that seven-year-old DS screen. “Really, it’s all about the backwards compatibility,” he said during an E3 interview. “We have to play DS games on this and we want to make sure they work.”

Konno said that Nintendo didn’t think there was currently sufficient technology to both enable a more feature-rich touchscreen and accurately emulate the touch interface of the legacy DS. “Now that technology may come out sometime in the future, but when we were making our decision on what kind of touchscreen to implement,” he said, “that was one of the deciding factors.”

I’m not totally sure I buy this explanation, to be honest. Sure, capacitive screens require special styluses, so I can see why they’re want to stay away from those, but why no multi-touch capabilities? The only problem I could see an updated touch screen posing for DS emulation is if the screen size was changed, and even then, that’s just a matter of shrinking the active region down to the original screen size for DS games, just like the 3DS does for the viewing space on the top screen already.

At the same time, why fix what isn’t broken? The DS touch screen still works great and responds well both to the stylus and to finger touch, so all that an updated screen would do is increase production costs (and therefore consumer pricing), not benefit players in any meaningful way.

But what do you guys think? Should the 3DS have used newer touch screen technology like a capacitive screen surface to better support features like multi-touch? Or is it fine as-is? Let us know in the comments section!