The Definitive Ranking of Zelda: The Wand of Gamelon and Link: The Faces of Evil

Our very own Mases and Gooey are back with this month’s Definitive Ranking on the Zelda Dungeon YouTube channel. For this go around, they have the unenviable task of considering the merits of the Phillips CD-i Zelda games in honor of April Fool’s Day.

For such infamy, the hosts show a good time of finding the hidden charms in these largely ridiculed games. Certain touches in the design and art were able to worm their way into players’ hearts — even if it looks mostly like it was animated on MS Paint. Both hosts admit to letting themselves be entertained by the games in spite of themselves. They discuss how the memeification of these games has actually allowed the pendulum of opinion to swing slightly in their favor. Slightly.

As usual with these rankings, Zelda Dungeon polled our Discord community and staff, while Mases and Gooey each apply their own scores to the aggregate. Here is the breakdown the hosts refer to throughout the video. 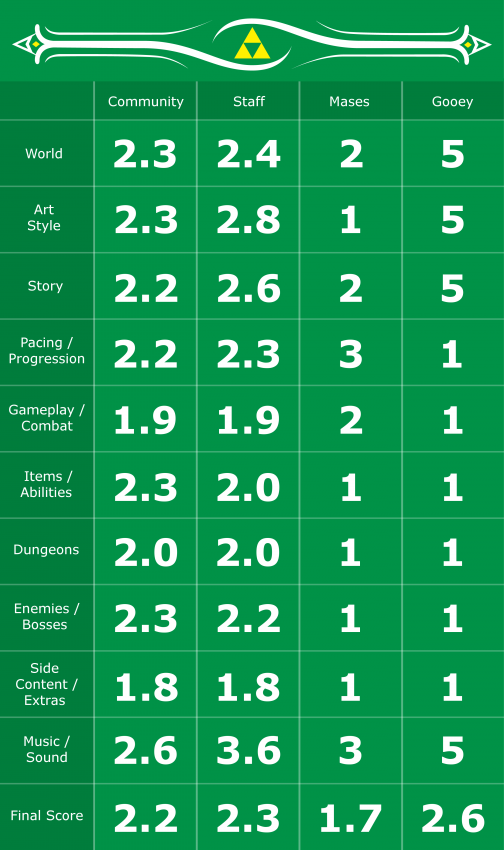 As you can see, Gooey’s opinion of the game’s world and design, as well as more-generous-than-expected attitudes from staff and community allowed these games to betray their reputation just a little. They suspect some troll voting at play, too. Logically, Wand of Gamelon still rounds out the bottom of the ranking lists.

Here are the Definitive Ranking lists as they stand after this episode. 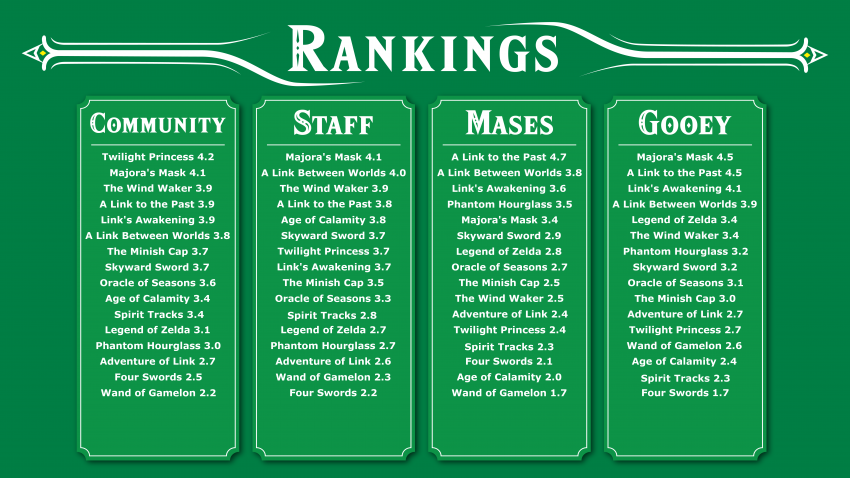 Have you had a chance to play these infamous footnotes in Zelda history? What do you think of how the scores played out among the hosts and community? Watch the episode and join the discussion in the comments below.

Comments
Sorted Under: Games, Original Content, Ranking Zelda, The Legend of Zelda
Tagged With: No tags were found for this entry.