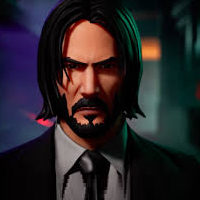 Hello, it’s me Gooey. You may or may not know me from a couple different roles I’ve had here at the site. I originally started back in the early days of our Facebook page. This was when you “became a fan” of pages instead of liking them. At the time, we maybe only had a couple dozen likes. I remember how fun it was watching the numbers greatly increase by thousands as the next couple weeks and months went on. Eventually I was invited to participate in our first ever Zelda Dungeon Marathon, which I’ve attended all but one ever since. You can now find me on our YouTube channel making all sorts of videos including Hyrule Compendium, Jamie Plays Zelda, Zelda Warfare, and more.

I grew up in rural northwest Illinois, but moved to Chicago to pursue playing music and just doing sick things in general. After seven years of living in Chicago, I relocated out to the suburbs and currently reside at Zelda Dungeon HQ!

In my spare time I keep pretty busy. I have a wrestling podcast called Pro Wrestling Required Viewing. I love watching all kinds of wrestling. Ask me who my favorite is, it changes by the week. I love all sorts of films too! I also play, and have played in a few bands. I play bass in the band Annabel, drums in a band called Sushi Backpack, and I play guitar and sing in a band called Janeway. One of my favorite bands I was ever in was called Empire! Empire! (I Was a Lonely Estate), a band worth checking out for all the jrpg references.

For me, it’s easily Majora’s Mask. So much so that on my band Janeway’s album, there are like 5 songs about it. The Nintendo 64 era is kind of my time period in gaming I really enjoy, so I gravitate towards Majora’s Mask and Ocarina of Time. That being said, there are things I love about each game of course!

I do really enjoy most other series Nintendo has had over the years. Mario is a top tier one obviously. Basically any game that was great on the N64 I am all about. Goldeneye, Banjo Kazooie, Perfect Dark, Wave Race 64, WWF No Mercy, the list goes on. Outside of Nintendo, I really loved Resident Evil 4. That is one game I’ve beat over and over and is up there with a lot of Zelda games for me. I really enjoyed Skyrim, Assassin’s Creed, Dishonored, Fable, Darksiders, and GTA. I also really like those story based adventure type games there have been lately, The Walking Dead and Gone Home come to mind. I’ve always had a soft spot for strategy type games too, especially ones with a historical slant like Age of Empires and Civilization.