Posted on September 21 2014 by LukeSaturn

Recently Zelda Dungeon has published a couple pieces about new Hyrule Warriors downloadable content. The information right now, however, is pretty vague—generally no names or specifics. Luckily, a recent tweet from Nintendo of Europe has given us some information, even if it may be specific to Europe only. It seems that three new villains from the game will eventually become playable characters as well. Hit the jump for more information.

The DLC offers Cia, Volga, and Wizzro as playable characters and is scheduled for October sixteenth. The original tweet is below. 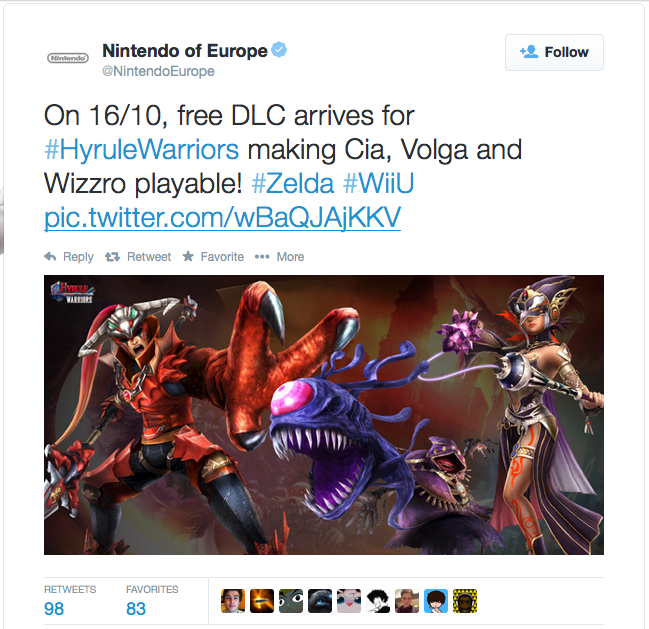 There is an odd thing to point out. Firstly, the tweet says the DLC is free. This implies that either it is only free in Europe and we have to pay for it in America or that we will get it for free as well but it has not been revealed in America yet. It is also possible the contents of this European DLC will be implemented in our DLCs that Mases reported on. This might just be a European-exclusive thing package-wise, but either way we will be getting to play as these characters.

So how do you guys feel about this addition? With Ghirahim and Zant added early on as playable characters it seems only fitting they add these new villains as well, but tell us what you think in the comments.