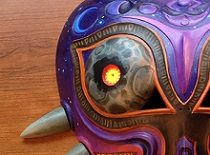 There are so many artists that have made awesome versions of Majora’s Mask, yet this campaign for a Kickstarter by Camille Young is by far the most creative. Camille has created “Oni” masks, meaning devil or demon from Japanese literature. The masks resemble Majora’s Mask and are made from resin that she casted and carved herself! She has gathered a group of artists to paint their own wearable Majora’s Masks with their own style! The masks even have a black mesh in the corner of the eyes so that whoever is wearing the mask will be able to see. She is planning on selling blank and painted Oni masks by different artists on a Kickstarter that should be coming soon. Hit the jump to see final versions of the masks!

Here is the blank mask Camille is sending to her artist friends to be painted or possibly selling in the near future. 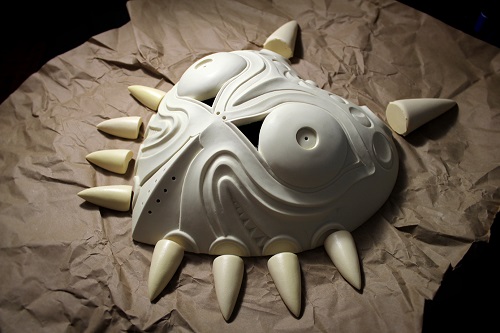 This mask, named ‘A Terrible Fate’ by Camille that was inspired by Oaxacan wood carvings. 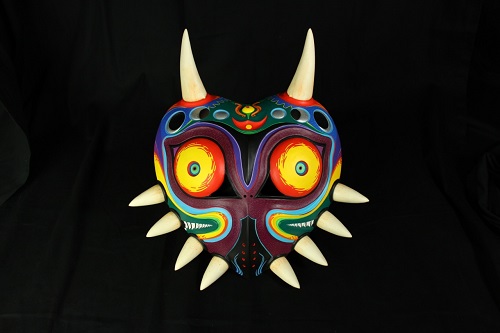 You can tell by the black, teal, and purple on the mask that it was inspired by Zant from Twilight Princess and its called ‘Shadow King Mask’ by Jacob Smiley. 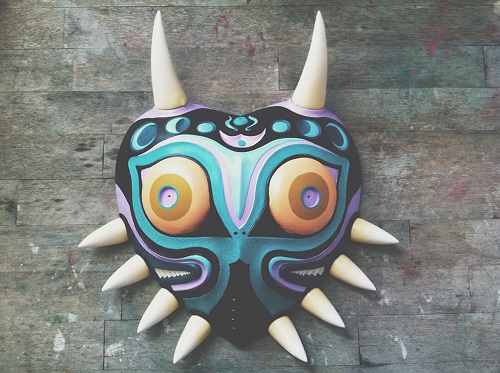 The realistic eyes on this mask give off a very eerie feeling; I wouldn’t want to be alone in a room with this mask by Sarah Joncas. 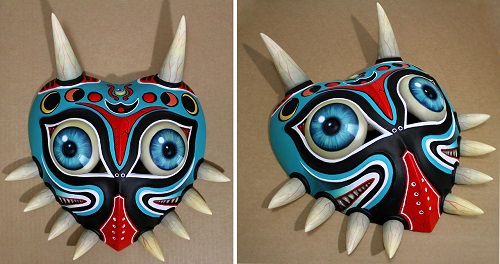 Created by Hilary Florido, this mask seems to be taking advantage of shadow that has been used a lot in Majora’s Mask. 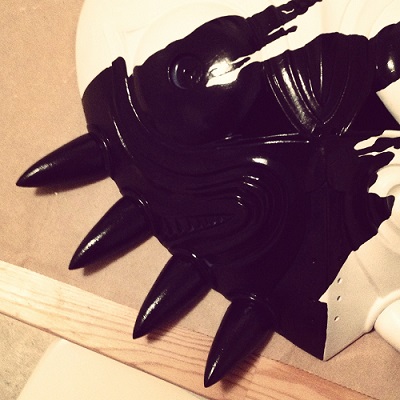 This is possibly the scariest version of Majora’s Mask yet and was created by Kris Mukai. 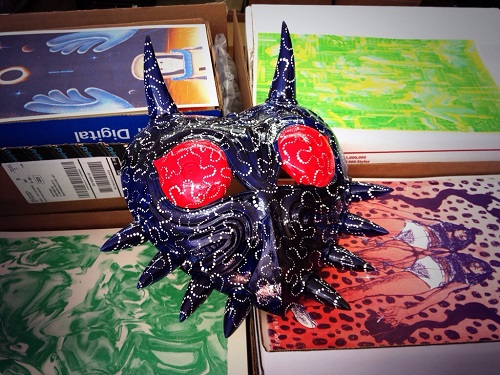 This mask made by Kari Fry has more of a traditional look to it and was auctioned off for a charity. 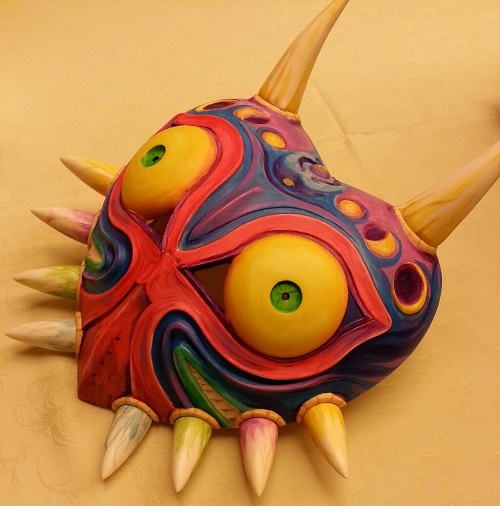 Melissa King was inspired by the moon and clock tower in the game when she created this mask. 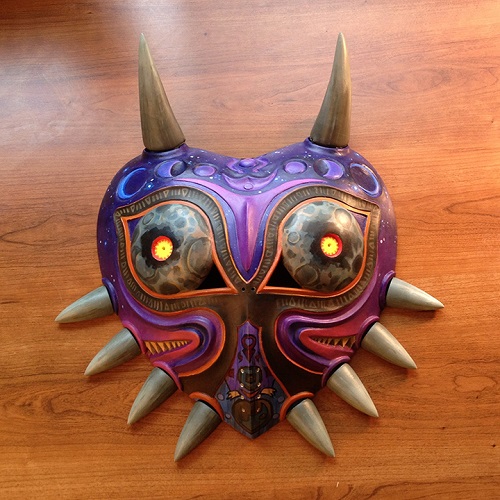 My favorite mask is the clock tower inspired one by Melissa King; which one is your favorite? Any that strike you as creepy or interesting? Let us know in the comments!