Ganon's Tower is a recurring dungeon in The Legend of Zelda series. It is the final dungeon where Ganon is fought. 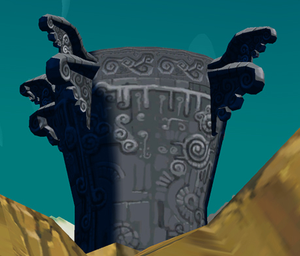 Ganon's Tower from The Wind Waker