Horses are recurring animals in The Legend of Zelda series. 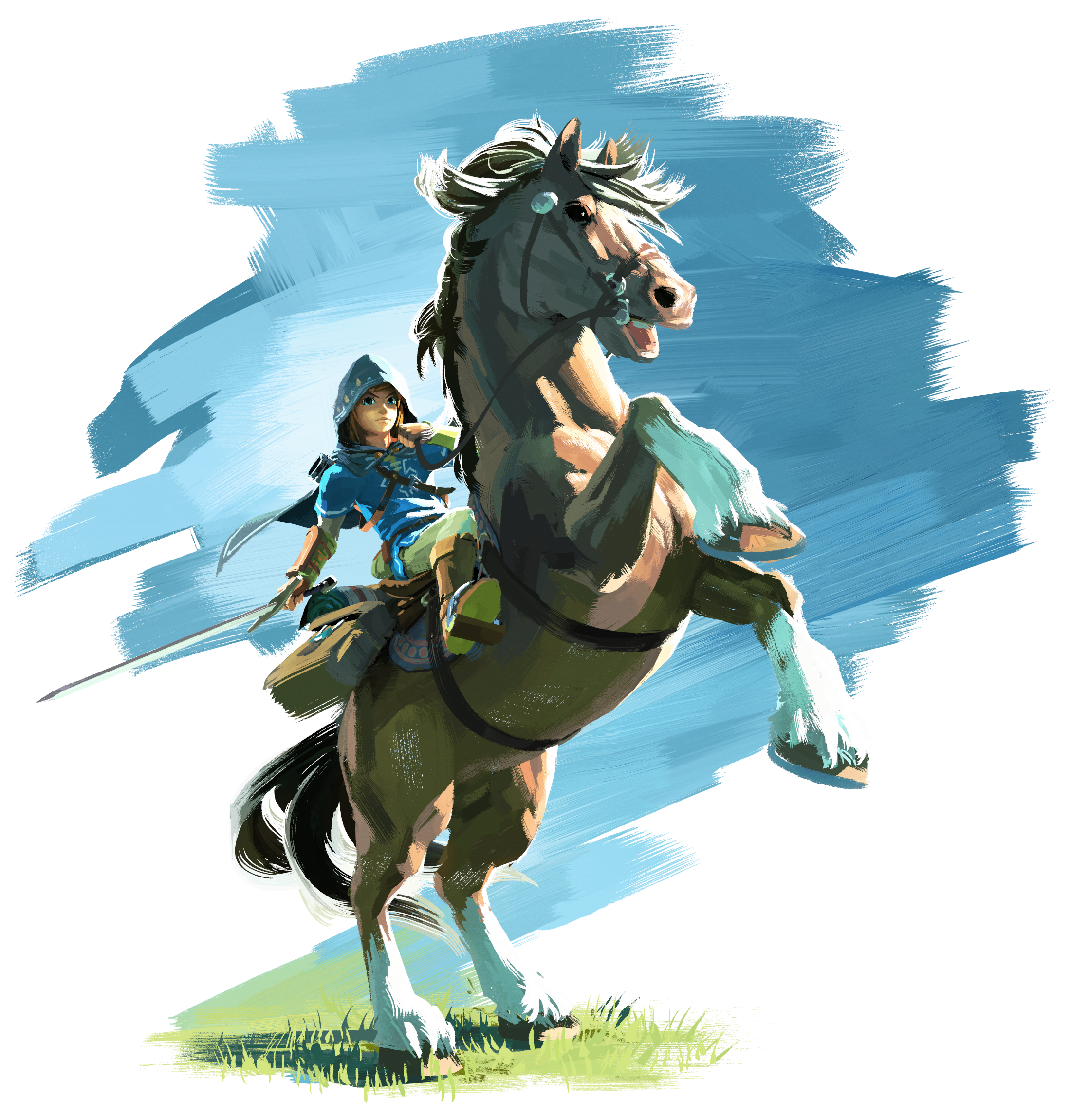 Key art from Breath of the Wild

Horses can only be found in Lon Lon Ranch, either in the stable or out on the main field. As Child Link, they can be seen running around on the track. It is only possible to ride horses as an adult however. There are only two horses that can be ridden in Ocarina of Time, Epona, and one of the ranch horses during Ingo's Horse Race mini-game. Ganondorf also owns a horse, as can be seen in the opening sequence of the game and after Link has collected the three Spiritual Stones.

There are multiple horses seen in Majora's Mask, including Epona, Cremia's horse, and the horses belonging to the Gorman Brothers. Epona can be seen in the opening sequence of the game, before being stolen by Skull Kid. She is later found at Romani Ranch.

Only a few horses are present in Twilight Princess, Epona being one, along with Telma's horse, which can be seen during the escort mission to Kakariko Village. Epona can be ridden right from the get-go in this game, first getting action by herding goats for Fado during the opening portion of the game, and later on for a Piece of Heart. Twilight Princess is one of the only games in the series where Ganondorf seems to own a horse, being present during the horseback battle at the end of the game.

Epona returns once more in The Minish Cap, but this time she cannot be ridden by Link. She can be seen in Hyrule Town with Malon, after the door to the ranch house has been unlocked, carrying milk that is purchasable by Link.

From the Horse entry in the Hyrule Compendium