In 2004, Nintendo released the Classic NES Series (Famicom Mini in Japan and NES Classics in Europe) to celebrate the 20th Anniversary of the Famicom's launch in Japan 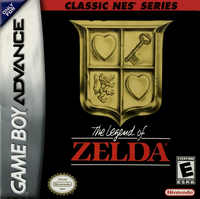 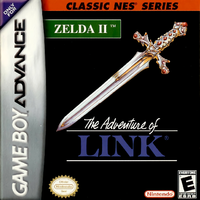 Both ports featured updated, more accurate translations created for The Legend of Zelda: Collector's Edition, which included the English name of the Hidden Palace boss from Adventure of Link being changed from "Barba" to "Volvagia" to match the original Japanese.

In addition, in order to avoid causing seizures, the death animation of The Adventure of Link no longer flashes, instead opting for a solid red overlay.