Status
Not open for further replies.

A Link In Time

Several members of the White Lotus approached the prison cell. It was time for the inmate to receive his ration of rice.

"Have you ever read the poetry of the great airbending guru, Laghima?"

The guards laughed off his line as they placed the bowl in his cell.

"Laghima once wrote, 'Instinct is a lie told by a fearful body, hoping to be wrong.'"

"What's that supposed to mean?" one of the guards inquired.

"It means that when you base your expectations only on what you see, you blind yourselves to the possibility of a new reality."

The imprisoned man let forth a strong gust of wind and thrust one of the guards against the bars of his prison cell. Wringing the keys out of the guard's hand, the man let himself out of the cell and with another burst of wind, sent the other guards flying into the cell before shutting it closed behind them.

1. Do not communicate with each other outside of the game thread or chats created by the game moderator.
2. Reveal no information after you've died.
3. Role claiming is allowed once per game day; do so at your own risk. Counter claiming does not fall under this category and is allowed after a role claim.
4. Soft claiming is allowed.
5. Name claiming is not allowed.
6. Do not use your Role PM as evidence.
7. Do not edit your posts.
8. Bold your votes and unvotes.
9. Vote and unvote in a separate line.
10. No lynches are allowed.
11. A majority vote will result in a lynch. If no majority is reached by the end of the day, the person with the most votes at twilight will be lynched. In the case of a tie, there will be a no lynch.
12. A person may not be lynched by a single vote.
13. Day phases will be 72 hours long and night phases will be 24 hours long.
14. Refrain from posting during night periods.
15. Stay active. A minimum of five posts her day phase is required.
16. Have fun!

Whats it like to roll mafia four times in a row dom? 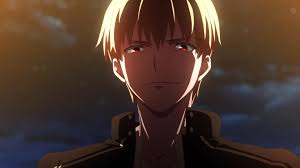 Ghost of The Roleplay Section

Ghost of The Roleplay Section

Yes! Finally someone besides my mom said I'm cool!

Hmm...so two players. Star-crossed. Both described as always being scum. This can only mean one thing:

I cracked the case, we can all eat cabbages now.

Is that a claim?

Libk said:
Is that a claim?
Click to expand...

The game is on!

Status
Not open for further replies.