Zeltik: Seasons in Zelda Wii U 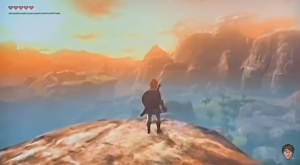 It has been years on end since we have seen any sort of changing seasons in a Zelda title. Oracle of Seasons had clever use of the seasons in its puzzles and exploration, but after that, seasons were dropped as a mechanic, in favour of the often re-used idea of time travel. But what about Zelda Wii U? There is a good chance time travel could be used again in some aspect, but could seasons be re-introduced to this new, expansive world? YouTuber Zeltik has taken a look at the possibilities of having such mechanics in Zelda Wii U, and the neat gameplay that could come with it.

Environmental effects on the world around you could make for a very interesting new mechanic if based on seasons. Miyamoto’s comment about apples being on a tree the last he saw it could mean that random events like fruit and plants growing and eventually dying could change the game each time you play. New challenges during outdoor combat situations, different habits and schedules for characters, areas of travel being opened or blocked due to changes in weather – who knows what could happen with seasons and weather changing at various times?

Do you think seasons could be meaningfully implemented to Zelda Wii U? What effects may they have on overall gameplay? Drop a comment!