Zeltik: 5 Things Zelda U Could Learn from the Original 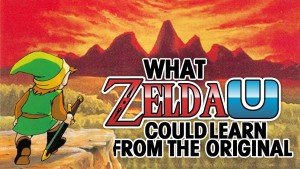 We are likely leading up to a brand new news update on Zelda Wii U soon. Tri Force Heroes is no long the center of attention, Hyrule Warriors’ new DLC and 3DS release have been fully detailed and are no longer big news, and of course, the 30th anniversary is coming up. It is finally time we heard more about this Wii U juggernaut (Subtitle, anyone?). That being said, many of us fans are still speculating on what we may hear about the game’s mechanics, and about its apparent connections to the The Legend of Zelda on NES. YouTuber Zeltik has looked into what Zelda Wii U can learn from the first game in the series, and decided on his top five lesson that the game can take from that classic, open-world innovator Nintendo released three decades ago.

Regarding point number five, recently I have been thinking long and hard about the idea of “hand-holding”. I had seen a few videos on the issues of hand-holding in Skyward Sword, mostly involving Fi. I could not deny that Nintendo needed to let up a bit in terms of helping the player win, but then, I got a new game for Christmas: Xenoblade Chronicles X. This game presents the opposite issue to that of Skyward Sword. While Fi tells you everything ever about things Zelda fans have known for years, Xenoblade has you doing loads of totally new things, with little to no tutorials or explanations. Not everything is foreign to the player, if they played Xenoblade Chronicles, but still, it is massive and complex, and so there should be some more optional help. Zelda Wii U needs to find a happy medium here, with just enough OPTIONAL tutorials and assistance to help you understand the challenging world around you. 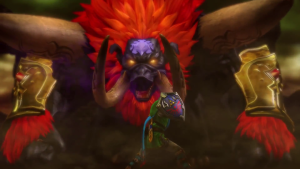 Also, I would not say it NEEDS it, but I totally agree with the value of having a true rekindling of the great beast Ganon. The last game where I would say that Ganon, the actual giant demon, was a true and visible threat in the main series was Twilight Princess. Yuga Ganon and Demise do not count. Therefor, having him be the main antagonist again would be a great idea, after 10 years since that game’s release. Not only did Hyrule Warriors prove that Ganondorf’s manipulative nature and diabolical level of influence was just as awesome as ever, but its final boss fight gave us a view of what fighting his beast form in this Zelda Wii U’s type of world could be like. You were free to wander the open field in Hyrule Warriors‘ fight, battling him where you wanted, and that sort of gives the player a better feeling of just how grande and powerful Ganon himself is, with not much else else around, and with him towering over not just Link, but everyone else. Imagine a refined version of this kind of fight in Zelda Wii U, where you are faced with Ganon, or any other massive creature, and no matter where you run in the open world, you cannot escape, and you must use the land around you to survive. I think that sounds like a type of combat Zelda has never had before.

What do you guys think of Zeltik’s top five points? What else could Zelda Wii U learn from the NES title that started it all? Drop a comment!

Comments
Sorted Under: The Legend of Zelda
Tagged With: Fan Video, Top 5, Wii U, YouTube, Zelda Wii U, Zeltik