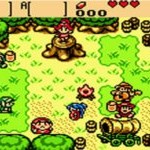 An article was posted on GameInformer talking about the infamous CD-i games and the popular Oracle games. It talks about how the two types of games are similar in that they were both developed by people outside of Nintendo and that they differed by how at the end of their development they both became known for different reasons. The writer first talks about the Oracle games and that Capcom was able to develop the games wonderfully.

Most gamers willingly acknowledge Capcom’s skill at working with the Zelda formula as proven by the Oracle games and Minish Cap, but I think it deserves even greater recognition. On the same day, Capcom released two fully fleshed out Zelda titles of such quality that most fans would have no trouble believing they came from Nintendo itself. It was an incredible, expectation-defying feat by any measurement.

We’re obviously smitten with the lengthy list of core Zelda releases, but there exists a long-lost trilogy of games technically tied to the series that Nintendo and its fans have made a silent agreement to pretend didn’t happen. In 1993 and 1994, three Zelda games developed outside of Nintendo were released for the obscure Phillips CD-i.

After their release, the CD-i Zelda games became infamously known for their horrible cutscenes and the insanely difficult gameplay. Because of that, many Zelda fans refused to play them or even acknowledge their existence. To read the rest of the article click here.

What do you guys think of these two series of games? Do you agree with how they are viewed or disagree? Please post in the comment section below and stay tuned for more Zelda news!