Posted on October 29 2010 by Nathanial Rumphol-Janc 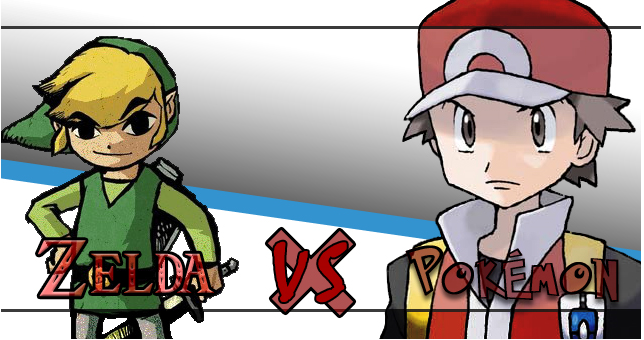 The Legend of Zelda is not only one of Nintendo’s star children, but also one of the largest, most well known video gaming franchises there is. Those same things could also be said of Game Freak’s famous Pokémon franchise. Along with Mario; Zelda and Pokémon make up the big three Nintendo gaming franchises, and although Mario is a superb franchise with games like Super Mario 64 and the Galaxy duo, Zelda and Pokémon are the two series that mean the most to me. Of course, throughout their long lives there have been ups and downs to both franchises. There have been moments of absolute delight, and even some moments of utter disappointment, which has lead me to recently think: which is better? Zelda or Pokémon? This may be a Zelda-focused website, but hey, that doesn’t mean we can’t be objective about this.

It is simply impossible for me to take an overall look at the games and to conclude that series x is superior. So, allow me to break it down component by component and look at the key aspects of each franchise. Let us begin with gameplay. Zelda has the tendency to offer new experiences every time. It adapts to new technology whether it is motion controls or the capabilities of the DS. Pokémon, on the other hand, has offered the same mechanics for over a decade. Now that isn’t a bad thing, but can be seen as fairly static. Zelda offers an immersive gameplay experience whereas Pokémon is fairly simple. While Zelda wins in overall gameplay, Pokémon definitely stands supreme when it comes to the saving system. Exactly where you are, as you are. Zelda hasn’t topped that.

Another area that I am going to hand to Zelda is the storyline. Whether it’s the conquest of the Sacred Realm, the expansion of the Twilight or Hyrule’s great deluge, the petty schemes of Team Rocket or Team Galactic don’t really compare. Zelda has encapsulating stories, and famous twists like with Sheik’s identity. Pokémon is not about stories. Its value is elsewhere. Pokémon isn’t a story that grabs you for a couple of hours like Zelda, it is a lifestyle. Each trainer has their own story beyond the games. With accessories like the Pokéwalker, even walking is leveling up these days. Outside of the games themself, Zelda does offer extensive theorizing and morals, but Pokémon offers a lifestyle. People have Pokémon battles all the time, but how often do people pull out Spirit Tracks for a wireless battle?

On that notion of a ‘Pokémon lifestyle’, there is also so much more to consider than just the games. There are the movies, the anime series, the CDs, the endless merchandise, the books, amongst everything else. Pokémon has expanded to media beyond just the games, so much so that the anime is potentially bigger than the games. Yeah, Zelda has had some fan films and the manga adaptions, but that’s all. Pokémon has gone further and beyond a mere gaming franchise like Zelda. To be fair, many would argue that Zelda should only stay as games, and not expand, but when it comes to the criteria of utilization of a wider media, Pokémon is unarguably better. 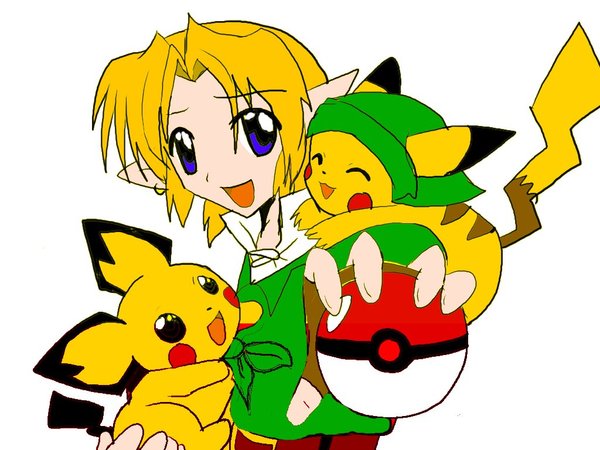 Let’s get back into the aspects of the games themselves; namely, music. Zelda gets the award here when it comes to in game soundtracks. No doubt Route One’s theme is catchy, and Route 209’s theme won’t be easily forgotten, but what are they compared to the Hyrule Field Theme, Don’t Want You No More, Farewell Hyrule King or the Stone Tower Theme? Zelda wins the in-game music, but with Pokemon there is so much more. Who can forget the first season theme, Brother my Brother from the first movie or We Will Meet Again from Lucario and the Mystery of Mew? Once again, Pokémon’s scope is much larger than Zeldas.

Replay value always arises as one of the core aspects of reviewing a game. Zelda has great replay value and extensive side quests. Heart pieces and the works. As for Pokémon, well, it never ends. “Gotta catch ‘em all”. Then you gotta train them all, and then catch all the shiny ones and then… As I said, Pokémon is a lifestyle. You can replay the whole game again but have a completely different experience because you chose a different starter. Replay value and value for money, goes to Pokémon.

And now for some loose ends of assessment for these fabulous franchises. Firstly, the themes and morals. What do they offer as far as inspiration goes? Zelda is full of them. Look at Majora’s Mask or The Wind Waker. Love, friendship, trust and regret. The Pokémon games are all about relationships, respect and friendship. Admittedly, the anime and songs of Pokémon convey the moral lessons of the franchise much better than the games do, which is why I have to hand this criteria to Zelda.

Audience? Zelda would tend to be termed more hardcore and Pokémon as more casual, if you dare use such nonsensical words. Pokémon may be simple and recommended for 8-12 year olds, but most kids that age don’t understand the depth of training Pokémon and the stats. They aren’t all that tactical in battle. Zelda is in-depth gameplay, and generally harder, whereas Pokémon is easy on the surface, but incredibly difficult if you go that far. It offers a variety in depth, whereas Zelda is more set in what it offers difficulty-wise.

So, Pokémon dominates the handhelds, but Zelda is king of the other consoles. Pokémon is the best handheld gaming series ever, and one of the world’s best franchises. When it comes to what would be called ‘cult followings’ Zelda is up there with a massive otaku. So, have you been keeping track? What’s the tally? Is Zelda or Pokémon better? Is there even really an answer? If there is an answer, it simply comes down to your own personal preferences. As for me, both franchises provide something entirely different, and to say one is better than the other… well, that’s just blasphemy!