Zelda Versus: Best Soundtrack Tournament — Round 1 — A Link Between Worlds Vs. Spirit Tracks 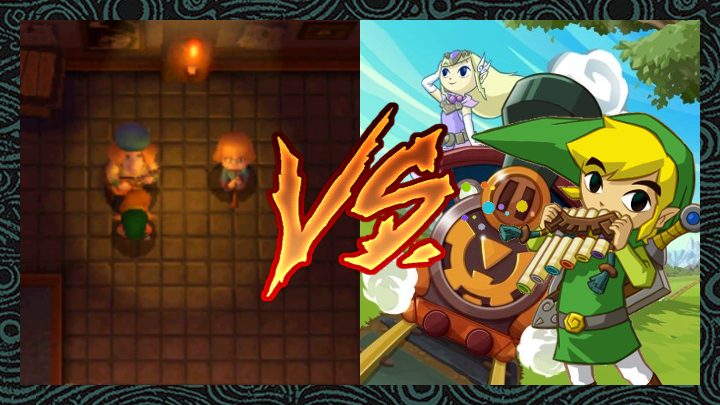 Our best soundtrack tournament continues with two new titles. As The Legend of Zelda and Link’s Awakening duke it out in yesterday’s poll, A Link Between Worlds and Spirit Tracks step into the fray.

A Link Between Worlds Vs. Spirit Tracks

The soundtrack to A Link Between Worlds serves almost as a greatest hits album for Zelda songs. Drawing from the series’ earliest roots, from the first Zelda to A Link to the Past, this game’s OST includes all of the classic tracks we’ve grown to love, all the while breathing new life into them by utilizing top-notch samples and live instrumentation. There are plenty of new compositions in there as well, such as the gleeful Ravio’s theme, the unsettling Yuga’s theme, and the truly epic Lorule Castle theme. This soundtrack could go very far in this tournament.

The Nintendo DS hardware has its problems with sound, but that didn’t stop the team of Toru Minegishi, Manaka Tominaga, and Asuka Ota from composing an excellent soundtrack for Spirit Tracks. The music of Link’s second DS adventure takes on a carefree acoustic tone, with woodwind and acoustic guitar sounds taking center stage. What better music could you ask for when traversing the countryside in a steam train? ST‘s Overworld theme and Rail Map theme are two of my favorite Zelda songs, and there are so many other great tracks hiding in this soundtrack.

So, it’s time to decide which game has the better soundtrack: A Link Between Worlds or Spirit Tracks

Which Game Has the Best Soundtrack?