Zelda Symphony NOT Coming to Australia?

Posted on September 12 2011 by Mases Hagopian 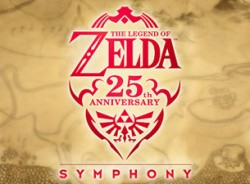 In a somewhat surprising turn of events, it appears that the Zelda Symphony will not be heading to Australia afterall. Despite the hidden coding found within the Australian Zelda 25th anniversary page as well as the recent inclusion on Ticket Master, it seems that Australians won’t be getting the Zelda Symphony concert as originally thought.

It’s unfortunate for those living in Australia but this could also be a knock for those living in countries across the world. Australia is not the largest of gaming markets, but it’s still fairly important to the industry. Not having the concert go to Australia likely means it’s not going to reach much of the world. We’re still waiting to hear on the tour dates here in America, as Nintendo has promised a nation-wide tour sometime in 2012. For now, all we have are two dates, October 21st in Los Angelos and October 25th in London. Stay tuned to any new pieces of news that pop-up in regards to the Zelda Symphony Concert.