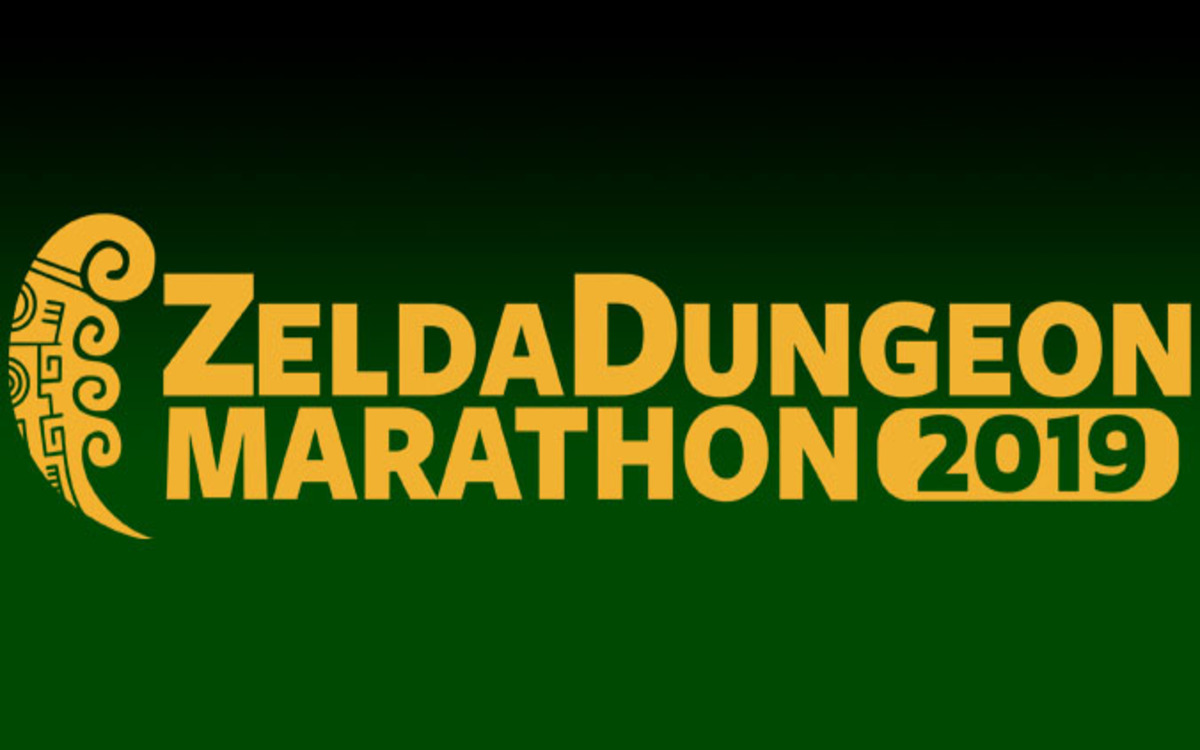 Welcome back to your almost-but-not-quite bi-weekly installment of all things Zelda Speedrunning (we’ll be back to normal service soon I promise)! Not much happened in the lull between the last article and Summer Games Done Quick, only the discovery of a skip 17 years in the making, a moonjump exploit, and a double items glitch breaking A Link to the Past even more. Like I said, nothing really to see here… 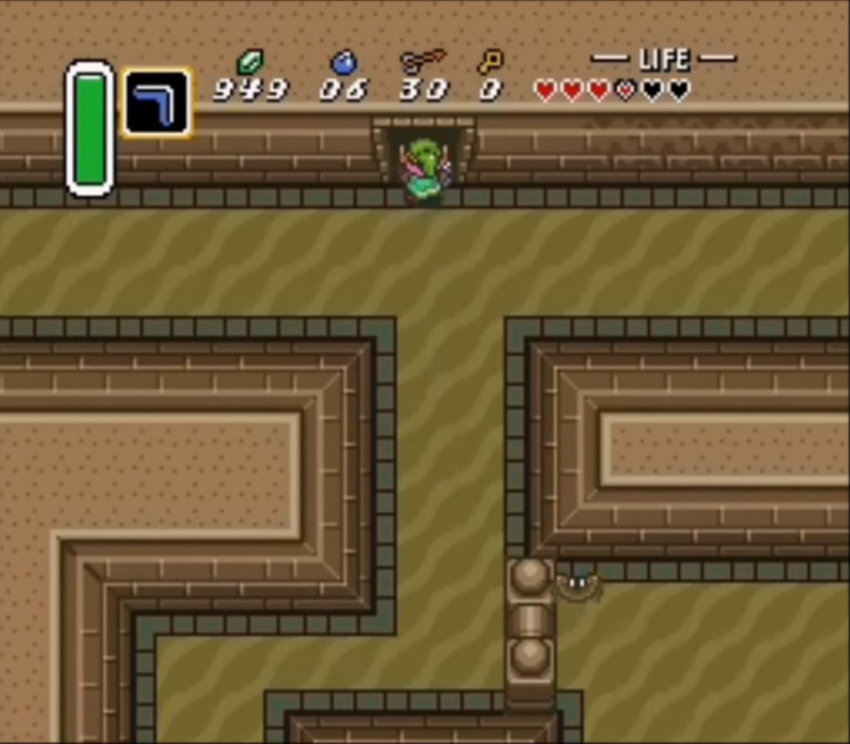 There’s so much to cover that I don’t really know where to begin! Starting with the oldest story, a triple threat of new glitches have been discovered in A Link to the Past. The three glitches, currently known as Misslotting, Weirdshot, and Hookslide allow runners to make transitions they otherwise wouldn’t be able to, as well as various other effects. I haven’t quite gotten a clear understanding of exactly what the impact could be on various categories (I’ve been slightly busy with everything else!), but I do know that the community are currently deciding which categories to allow them in, and I also know that I’ll include the result of that decision in the next Zelda Runners article!

The 2019 Zelda II Randomizer tournament is due to start soon! The Standard tournament sees 6 gems hidden in each of the palaces, then players must progress as normal and defeat Dark Link to finish the run. The first round is a Swiss Bracket, and starts on the 14th July. After this the tournament progresses to a knockout bracket. Each round features a different “seed”, meaning the exact placements of items and such will change each round. You can see the bracket and more information about the tournament here.

In other Tournament news, the Majora’s Mask Any% Tournament started last week. With 42 entrants, this huge tournament will go through a double elimination Bracket before crowning the winner some time later this month. You can see the bracket as the tournament develops here.

Of course, there are two other huge glitch discoveries from the last few weeks that haven’t been mentioned above. They were so huge I decided to give them each an article of their own. You can read about the Barrier Skip discovery and Breath of the Wild‘s Moonjump in these articles, and they will inevitably appear in future articles as they’re implemented into runs.

We’re skipping the Glitch Exhibition this week to go straight onto a very special spotlight. As you should probably already know, the Zelda Dungeon Marathon starts tomorrow! While I won’t be there in person (someone has to keep the site running you know…), that doesn’t mean there won’t be any glitches to look out for! Most runs will be using a glitchless ruleset, which means that movement optimization will be key to taking any advantage over the competition (some runs are presented as not races, but that’s just a… suggestion…), however there are some exceptions to this rule to look out for. 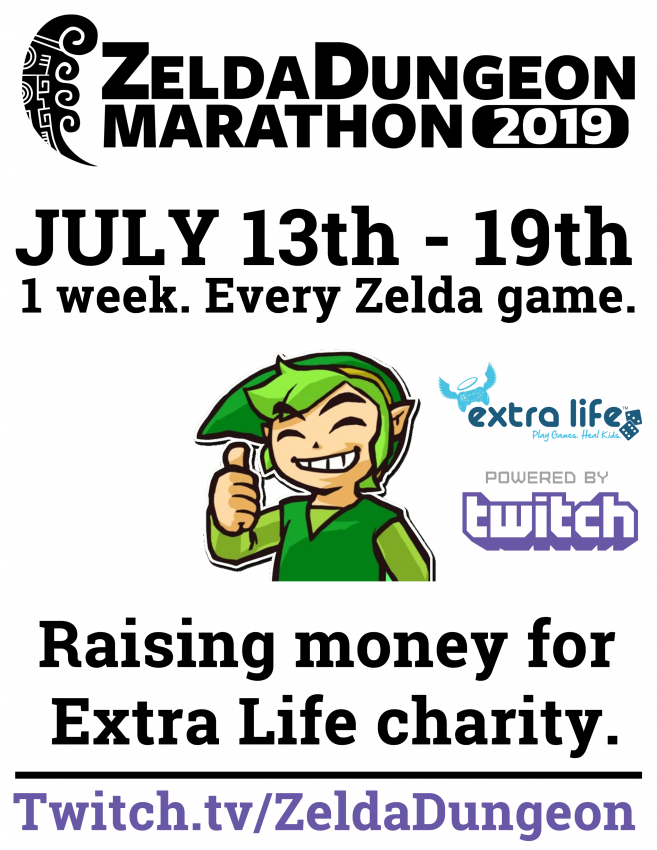 The Breath of the Wild Bingo run will be using Bug Limit rules. Teams will have to recapture all four Divine Beasts, Defeat Ganon, and complete 5 random tasks assigned to each at the start of the run. This ruleset restricts certain larger glitches and exploits, such as any Stasis or Bomb Boosting which damages Link. It also means Bullet Time Bounces, Flying Machine, and Ragdoll Physics are not allowed. Whistle Sprinting, Shield Jumping, Non-Damaging Stasis Launches, and Calamity Ganon Stunlocks, however, are all still fair game.

Also featured is a Skyward Sword Tag Team Versus. Save and Quit is still banned here, and unfortunately that rules out and Back in Time shenanigans (including the recently discovered Reverse Back in Time tricks). However other glitches are allowed, so look out for Brake Sliding, Extending Blows, various Text Skips, and Horde Skip (or maybe I’m being optimistic?)

Other items to keep an eye on – the Phantom Hourglass run allows Dungeon sequence breaking (completing Dungeons out of the intended order) and Hammer exploits, and The Wind Waker run allows the first floor of Temple of the Gods and the Wind Temple doors to be skipped. Nothing huge, but it’ll still be fun to see other members of the team try their hand at these tricks. Also, keep an eye on the Freshly-Picked Tingle’s Rosy Rupeeland run, where Locke will be trying to set a new world record!

This year’s marathon is raising money for Extra Life. You can see the full schedule here (in your own time zone!)

No Cadence of Hyrule here this week, I’m going to leave it another week to let the leaderboards settle a bit before including runs in this section.

While Summer Games Done Quick is over, that doesn’t mean there aren’t any more events to look forward too!

Handheld Heroes – 12th July ~ 15th July – A celebration of all the best handheld speedruns. The event holds a bumper Zelda block on the 14th, featuring Link’s Awakening DX and Phantom Hourglass among others.

ESA – 20th July ~ 27th July – The European Speedrunner Assembly returns for their summer installment. This week-long features a whole ton of fantastic runs, including a A Link to the Past crowd control race, which will see the audience take control of the game’s difficulty.

As for this week’s Breath of the What Just Happened? I was a little spoiled for choice. Let’s just say I won’t have any trouble finding clips for the next few months. Enjoy!

Euan is the host of Zelda Dungeon’s Speedrunning series, Zelda Runners. He can be found on Twitter, and he’s currently in the “very spotty cellist” state mentioned in his Twitter Bio.

Comments
Sorted Under: Breath of the Wild, Original Content, The Wind Waker, Zelda Runners
Tagged With: No tags were found for this entry.