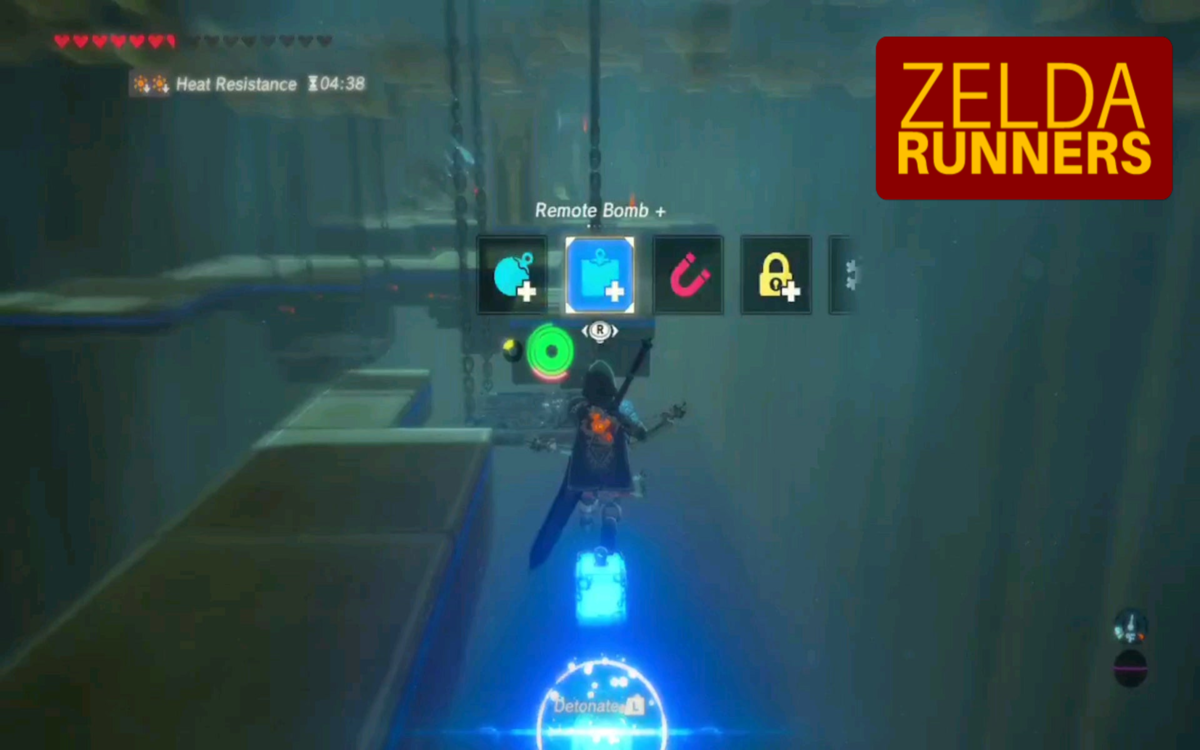 Welcome back to the latest edition of Zelda Runners, your bi-weekly digest of all things Zelda speedrunning. You might think this, and all articles for the next few months may be bumper editions, thanks to the months and months I’ll be spending in self-isolation. Alas, more important things have arisen (that may or may not involve a tanooki and a dog drinking uh… vacation juice). That said, I have found the time to pull together an article covering the latest rule changes (yes, there are still some ongoing), and an in-depth look at the fastest way to travel around Breath of the Wild‘s Hyrule. Oh, and, before we get started, make sure to read this article all in one go, as Zelda Runners does not support cloud saves.

The big rule change this week takes place in the Breath of the Wild leaderboard, particularly the 100% category. Lets run through each change, and what it might mean for the future of the run.

Sleep Breaks: Previously, runners were provided with 2 breaks of up to 9 hours each. This was introduced to allow more potential runners access the category, who may not be able to complete a 24 hour run in one sitting. To combat some technical difficulties with this, the rules have changed to allow runners a pool of 18 hours over 2 breaks. These breaks can be of any length, so taking a 30 minute nap doesn’t count for one whole 9 hour break. Once runners reach the 30 hour mark of their run, and every 10 hours thereafter, they receive an additional 9 hours to their pool, along with another break. This will hopefully encourage and facilitate less skilled runners throwing their hat into the 100% ring. 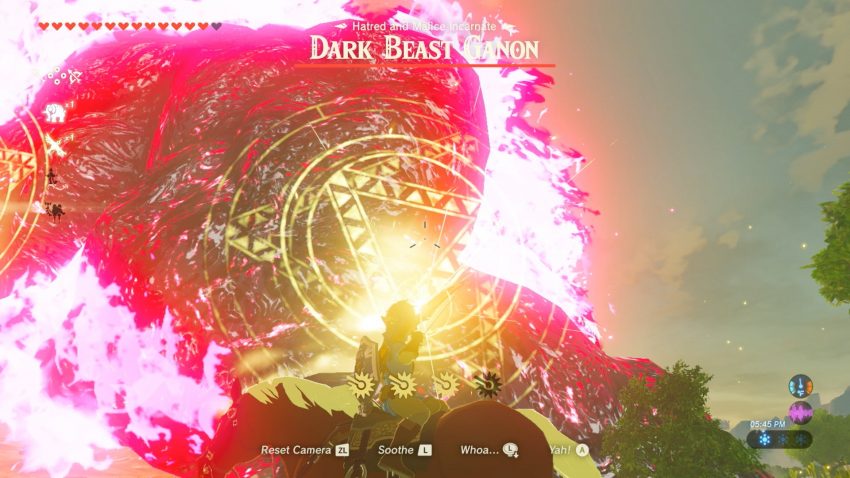 End Time: In keeping with tradition, timing for the Breath of the Wild 100% category ended on the final hit on Dark Beast Ganon. However, due to several mechanics being locked behind game completion (such as the map completion counter and Kilton’s medals), this meant that runners had to defeat Ganon twice. This has now been altered, so that timing ends on collection of the final item in whichever route the runner is using. This means that any items with long cutscenes after their collection (such as the final memory) may be placed as the final goal of the run.

Bug Limit: This category aims to split the difference between large game breaking glitches such as launches and clips and smaller time saves such as stamina exploits. Some rules in this category were odd and didn’t quite match this aim, so they’ve been altered. This includes a blanket ban on amiibo use in No amiibo runs (previously one use was allowed to access a fast horse), and a change in how Flying Machine and the Horse Stamina Reset glitches are used.

amiibo Runs: Previously amiibo usage had to be significant and constant throughout a run to qualify. This was to prevent runners completing a no amiibo run, then using a single amiibo at the very end to submit as two runs. This rule has now been changed, and runs simply require the use of one amiibo to qualify.

Leaderboard Wording: The wording used to describe DLC and Run Type have been changed to DLC/No DLC and Yes/No respectively.

If you’ve managed to catch sight of any Breath of the Wild runs lately, you might have noticed that runners are catapulting Link around Hyrule (well, a lot more often than normal). That’s thanks to a glitch discovered in Autumn last year, known as Bomb Impact Launch (or BIL for short). This discovery was incredibly important for several reasons. 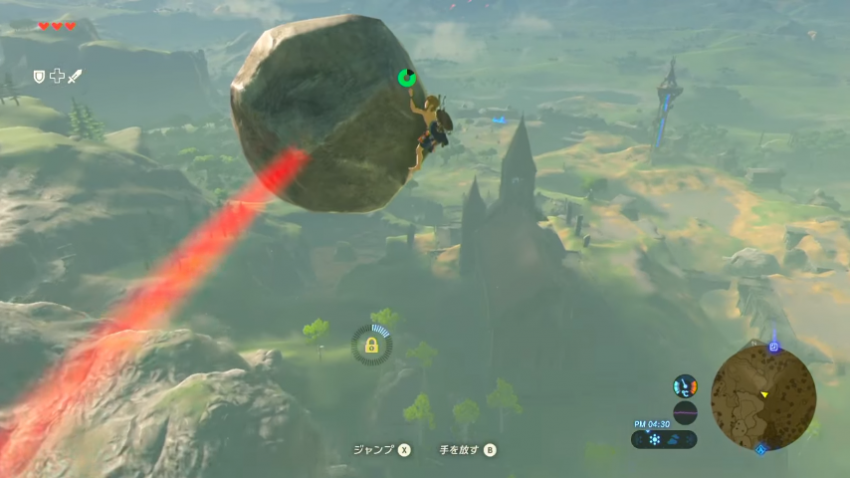 Runners have always had methods of fast travel, from using trees and boulders to perform Stasis Launches, to luring enemies into position in order to bounce of their heads at high velocity in a Bullet Time Bounce. These tricks, however, either require resources around the player (trees or boulders), or a very particular and lengthy setup. While the end result is fast, the tricks themselves can take time to pull off, and limit the runner in where exactly they can be used.

Enter BILs. All that’s required for this is small elevated ledge, and two bombs, which Link has access to almost all game. This means that BILs can be performed almost anywhere around the game world, and result in a similar speed to Stasis Launches or BTBs. In addition, they can also be altered to give particular angles or speeds. So, how exactly do they work?

Discovered late last year by Twitter user satougashi020, Bomb Impact Launches take advantage of the Bullet Time mechanic. When pulling his bow in midair, Link, and all surrounding items, are slowed down by approximately 13 times. Any speed applied to these items while in this state, however, transfers back into real time, meaning they are sped up by, you guessed it, 13 times. This is the basic physics behind the Bullet Time Bounce trick too, and it’s why Link getting bonked by a bomb sends him off faster than if he’d been tapped by his little brother.

As mentioned above, the actual trick only requires a small ledge and some well placed and timed bombs. As such, there are a few methods to performing the launch. I’ll cover a few of the simplest. 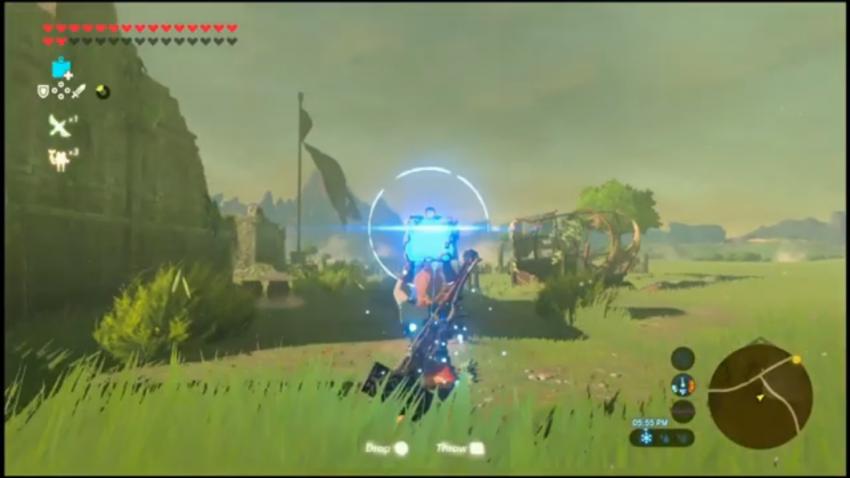 Perhaps the most consistent method is commonly known as the Double Backflip Method. First of all, find an object which is roughly half of Link’s height, such as a tree stump. Line Link up with the base, target, then backflip twice. Place a square bomb down, then climb onto the object, all while still holding target. Move as far back on the object as you can without falling off, then backflip and enter bullet time. This next section all revolves around timing, so don’t worry if you don’t get it first time. When Link’s stamina wheel shows around 1/3 of the first wheel used, drop a circle bomb, then switch back and detonate the first bomb. If done correctly, the circle bomb should slam into Link, sending him flying.

The choice of bomb doesn’t technically matter – it won’t change the result of the launch, however remember that circle bombs will roll away if place on non-flat surfaces.

Another method you might find particularly useful is the Glider Method. As you might imagine, this requires Link to be using the paraglider, having jumped from a high location such as a Tower. Panning the camera to the side of Link will make this easier. While gliding, drop a circle bomb. Enter Bullet Time, then drop a square bomb. When the two bombs and Link line up, detonate the first. This method can be particularly useful for traveling large distances, as they can be chained midair. 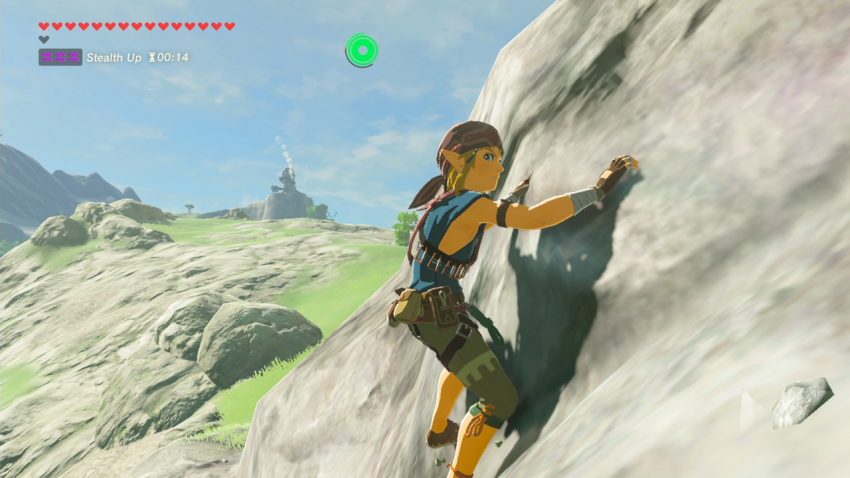 Finally, perhaps the simplest, but hardest method, is the Pitch Shot. This resembles the Glider method, but without the glider. Jump off an elevated ledge, then line up your two bomb drops, explode, and off you go. This method is used most often during runs, as it can be performed anywhere with a ledge high enough to enter Bullet Time. A similar approach can be used to perform a launch after jumping off a wall.

IckaAid – 27th March ~ 30th March – Raising money to cover medical bills, this marathon features a The Minish Cap Randomizer run, as well as some Breath of the Wild and Ocarina of Time action towards the end of the schedule.

The Fast Force 6 – 27th March ~ 30th March – This is the week of the less popular titles, as Four Swords gets its outing during this marathon, which also features Link’s Awakening DX and, of course, some chaotic goose action.

ESA Together – 6th April ~ 13th April – The usual physical ESA events have moved online in response to recent events, but that doesn’t mean the marathon won’t be any less awesome. The schedule is yet TBA, but you can rest assured it will feature some amazing runs.

And finally, we’ve all experienced the thrill of facing a brand new, never seen before enemy. That feeling, however, is a little more chilling when it happens to a speedrunner…

That’s all from me this week. Now, if you’ll excuse me, I have some bugs to catch…

Euan is the host of Zelda Dungeon’s Speedrunning series, Zelda Runners. He can be found on Twitter and Discord, and he’s currently living on a deserted island somewhere off the coast, eating pears, catching fish, and living the high life.

Comments
Sorted Under: Breath of the Wild, Original Content, Slider, The Legend of Zelda, Zelda Runners
Tagged With: No tags were found for this entry.