Zelda Metal Band Master Sword is Kickstarting a New Album, and We’ve Got the Inside Scoop 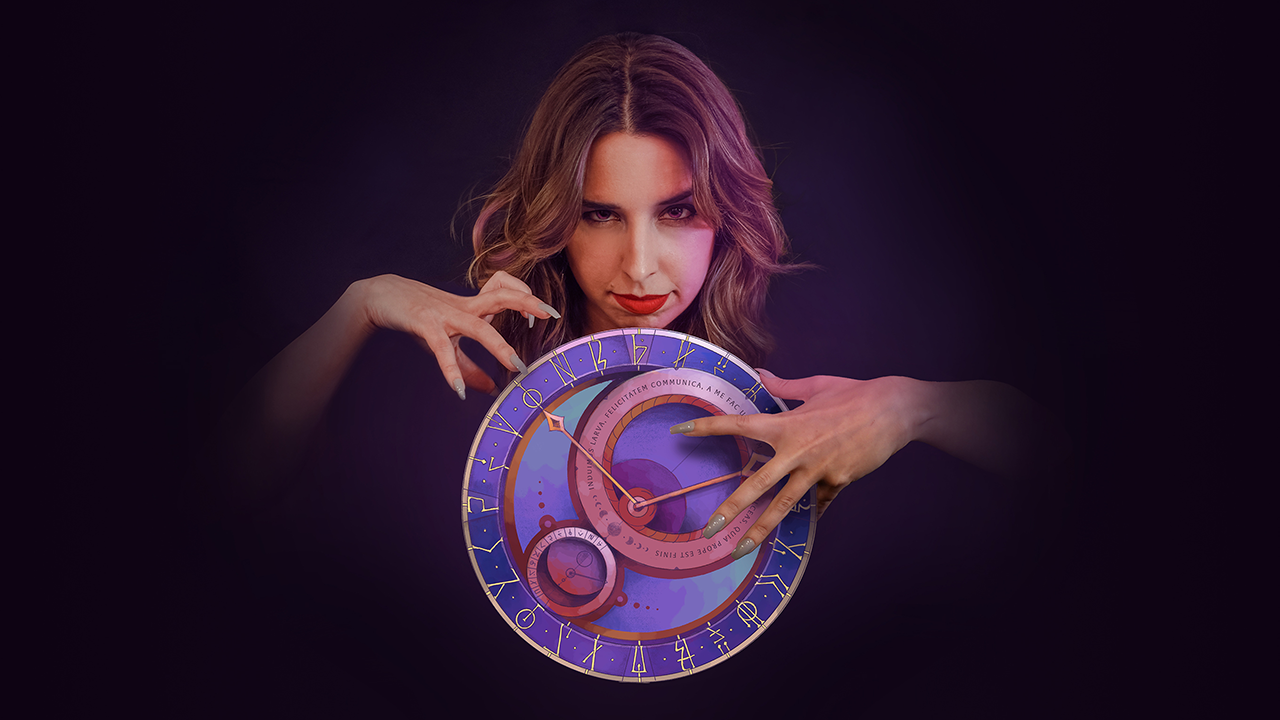 Guys, the time has come to revisit a fan favorite. The first truly “dark” Zelda game, a tale of a boy, a separated fairy, a strange land with a strange clocktower, and three days to save the world. It’s a tale of adventure and love and fear as we walk through the lands of Termina, trying to stop the moon’s wicked decent armed with a sword and the masks we’ve collected along the way.

I’m talking, of course, about a trip back to Majora’s Mask, brought to us in a new way: through the powerful, pounding sounds of Zelda metal band Master Sword. 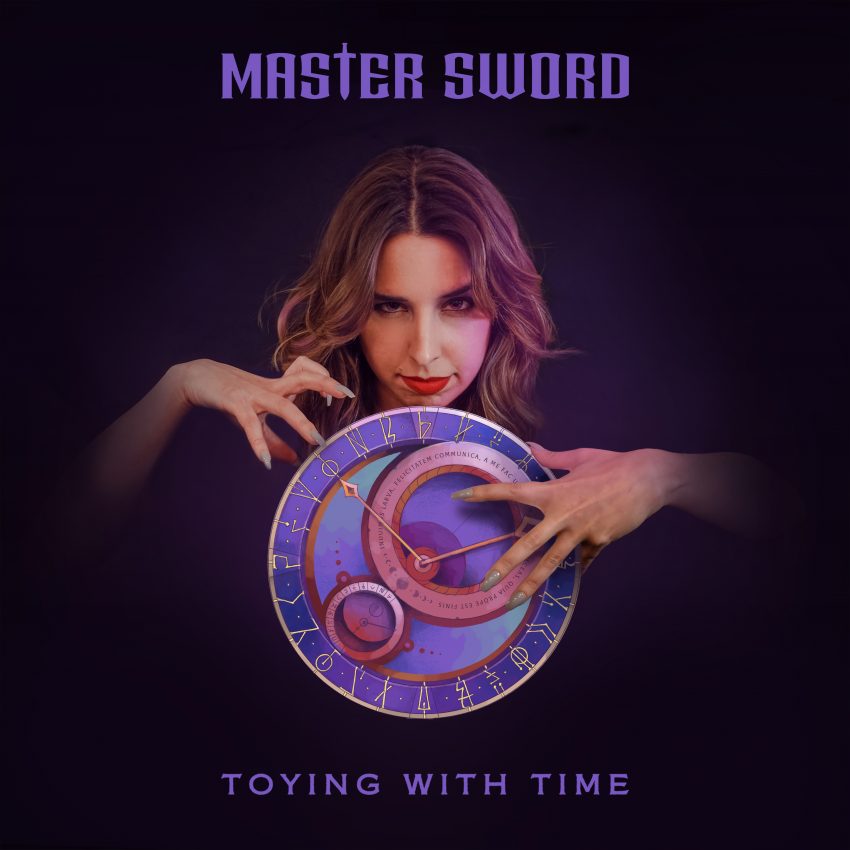 That’s right, after two-and-a-half years, plenty of struggles with Covid-19, cancelled shows, and separation, Master Sword is back with a whole new concept album, Toying with Time. Many of you probably remember their previous albums, The Final Door and Shadow and Steel, so you know to expect soaring vocals, powerful beats, and raging guitars telling stories of Link and his journey. Yet this one, they’ve promised, will be different. As said by members of the band themselves, “This is Master Sword at our best, with a more refined sound, heavier, darker, and with the best hooks we’ve ever written. We believe, without a doubt, this will be one of the most definitive releases of our career.”

But they need our help. They’ve launched a Kickstarter to fund the first disc of their two-disc tribute to Majora’s Mask, with plenty of perks for their fans. Along with digital and physical copies of the album, fans can pitch in for many things including new shirts, patches, gear signed by the band, one-of-a-kind Polaroids, and even a chance to join the band for a day in the recording studio.

To bring a story to life, even heroes need a little help.

I reached out to Master Sword to get the inside scoop on their latest project, and Matt, Lily, and Kojo were happy to sit down and chat with me all about it. Here’s what they had to say.

ZD: You’ve spoken to us in the past about your inspirations in music creation, but is there something or some band new that helped you to develop the idea for a concept album?

Matt: I’d refer to Toying With Time as more of a “loose” concept album, à la Pink Floyd’s Dark Side of the Moon. So while there’s no album-wide story per se, the entire thing does revolve around certain elements, specifically the game Majora’s Mask itself and the core themes that game represents (sadness, loss, fear, etc.). As for which concept albums inspire me, my favorites are Genesis’ The Lamb Lies Down on Broadway and Kamelot’s The Black Halo. How much inspiration I took from those will be up to the listener, but I think you might hear some influence!

Kojo: I have always enjoyed concept albums such as Opeth’s Still Life or Dream Theater’s Scenes From a Memory, so I think to some degree those albums served as inspiration in a loose sense.

ZD: Why concept as opposed to the grab-bag sort of albums of the past? Is there a longer form story you want to tell, or perhaps a whole new reimagining of the entire game?

Kojo: We knew that we wanted to do an album focused on Majora’s Mask since the time we were still writing our previous album, The Final Door. I think focusing on a game with such interesting concepts and atmosphere like Majora’s Mask allows us to set a certain tone with our riffs, melodies, and lyrics.

Lily: We always try to take different fan theories into consideration, and I [like to] at least to keep things fairly open to interpretation lyrically. The best way to experience music is to be able to experience the story in your own way. One of the reasons we picked Majora’s Mask is because content-wise, it’s one of the more interesting and weird games in terms of lore.

Matt: I think the bigger question is why it took this long to do it, haha. Frankly, grab-bags are easier, but I think concept albums will always be more artistically fulfilling for both the creators and listeners. Considering the music we make, which is based on a single game series, concept albums just make a lot of sense. I wouldn’t expect a complete reimagining of the game, though. We stay pretty true to the source material, with maybe a bit of expansion on certain parts.

ZD: What stories from Majora’s Mask do you want to tell? Will you incorporate different metal genres and styles for each song, depending on the part of the game you’re drawing from

Lily:  There’s a lot about the Skull Kid and our Link, but there are also stories about Darmani, Anju and Kafei, the Happy Mask Salesman, and more. There’s a lot to tell story-wise and we’ve had to make tough choices, which is one of the reasons why we’re planning an eventual second disc.

Kojo:  Of course, we still manage to capture a wide variety of moods, musical modes and such to avoid the album becoming monotonous. We definitely will be hitting a lot of different musical styles this time, expanding our sound a bit further out from what we’ve done before. Fans can expect elements of thrash metal, power metal, progressive metal, and modern metal elements mixed in on this album and more.

Matt: We get even weirder than usual with this one, we even have a take on gospel in a spot. lol. But it is all incorporated pretty nicely into our core sound.  A few songs aren’t even “metal”, but like all of our albums we expect the listener to be at least a little open to new genres they haven’t necessarily heard before, or at least don’t listen to very often. Cause we don’t have a label telling us what we can or can’t do with our music! One of the benefits of being an independent band. That being said, some moments on this album do get pretty brutal. \m/

ZD: What new techniques are you bringing to the creation of this album that you haven’t used in the past?

Matt: The biggest change is probably our recording process. Our new bassist, Will Lopez, runs a studio here in Frederick, MD, where we’re based. He’s also an accomplished producer. So while on the last album we did a lot of recording individually at home, this time we’re all in there together and honing everything to a fine point. These songs are TIGHT, rhythmically and sonically (and also they’re pretty cool if I say so myself.) It’s also nice having our studio be right down the street. I think you’ll be able to tell immediately that this album is a major step up quality-wise from the last one.

ZD: What will be your biggest challenge with this album?

Matt: Well, so far it’s been COVID. We had planned to announce this album last year, with a release this year, but the pandemic just completely took the wind out of our sails for a bit. That seems to be (mostly) improving, thankfully! At least we now have a more clear path forward. The other thing is of course money, which is always the biggest limitation for us. We want to release more music, travel to more cities, and do all sorts of fun events for the fans, but music is not exactly the most lucrative career choice nowadays. That’s why we’re always so thankful that when we do Kickstarter campaigns like this, that fans actually show up and support us, and let us do what we love! 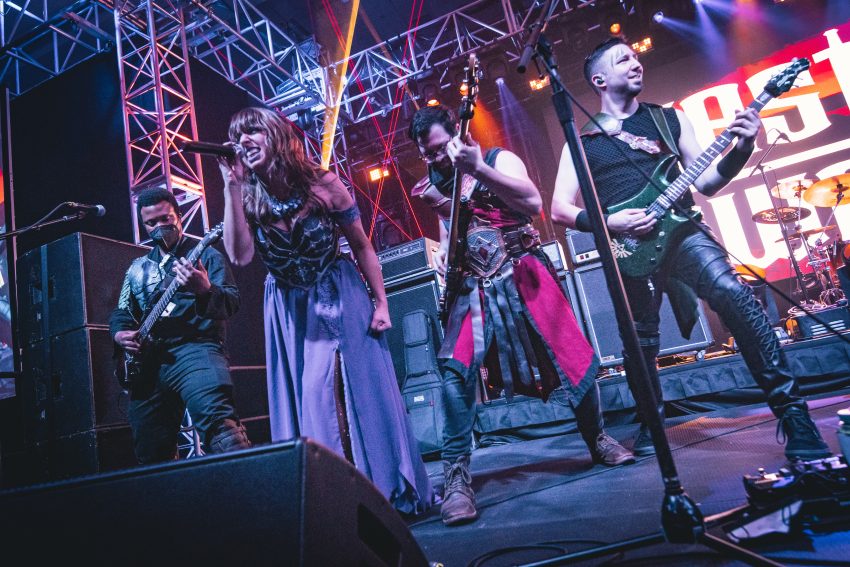 ZD: Can we expect a Master Sword tour to go along with the album’s release? How about music videos?

Matt: Definitely expect a music video (or more than one) and at least a short tour to go along with the album release. We’d like to do a longer tour of course, but it will depend on a lot of factors. We’re just now talking about it for 2023, so stay tuned to our social media for details in the future!

ZD: If we don’t back and listen to the album, will the moon actually fall?

Matt: Haha. I mean, speaking honestly I do think that releasing the album if the Kickstarter fails is going to be very, very difficult. We will certainly not just throw in the towel, but it might take considerably longer to release and we’d have to cut a lot of corners when it comes to quality. Our music is incredibly dense and notoriously hard to mix (ask any of our past producers/engineers) due to how many sound layers we have in our songs. We also keep the bar pretty high. We don’t want to be a home studio band, we want to compete up there with the big dogs of metal when it comes to production quality. $20,000 is actually still very cheap to make an album for, but we make it work by being DIY where we can. We’ve all grown so much over the years in the band, and I’m proud to work with such skilled people.

ZD: When can we expect this album to release?

Matt: Thank you so much Kat and everyone else at Zelda Dungeon for having us for this interview! We hope you all will consider backing us!

And there you have it, folks. Master Sword’s new album, Toying with Time, is sure to be epic, a beautiful metal tribute to one of the greatest games in the Zelda series. Be sure to back the first half of their creation on their Kickstarter, live now, and pick up some sweet rewards while you’re at it. Also check out their previous albums, The Final Door and Shadow and Steel, and follow them on Facebook, Twitter, Band Camp, and Instagram for future updates on their endeavor.

What do you think? Will you be backing Toying with Time? Let us know in the comments below!

Comments
Sorted Under: Games, Majora's Mask, News, Slider, Zelda Fan Content
Tagged With: No tags were found for this entry.