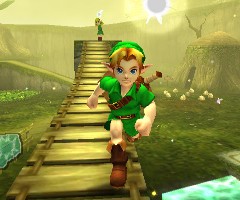 I was at my local GameStop earlier this morning to see some of the latest Zelda goodies. First off, it still seems that there is no news on any type of Ocarina of Time 3D bundle or pre-order bonus. Since we are now less than 3 weeks away from launch, I’m suspecting that we’re not going to get any goodies here in the US. If there was a pre-order bonus, I think local retail stores would have mentioned this earlier to help push pre-order sales of the game. The game case was on display, along with a nice poster of official artwork of Young Link from Ocarina of Time. Also, given the low install base of the brand new Nintendo 3DS, it appears that there aren’t going to be any midnight launch parties for this 3DS title.

In Skyward Sword news, GameStop still has a tentative release date listed as November 2nd, 2011. Given that Nintendo almost always releases their material on Sundays here in the US, this date just seems like an arbitrary date to say the least. There was a nice page on display, encouraging users to pre-order Skyward Sword and you can see it below. Unfortunately my camera didn’t get a high quality image, but here’s part of what GameStop had written about Skyward Sword.

Thanks to the required Wii MotionPlus accessory, every movement of Link’s sword matches the player’s motion with exact precision. If players motion left to right, Link swings from left to right. The precision play control is applied to enemies as well, as players must contemplate strategy when battling opponents that actively try to defend against attacks.

Wii MotionPlus puts an arsenal of items at the player’s disposal. It offers a multitude of actions with just simple, intuitive motions. Players will try their hand at firing a bow, tossing bombs and using a whip to battle enemies and solve puzzles.

The game will also introduce a distinct new graphical style perfectly suited to the franchise’s fantastical universe, like a painting come to life. 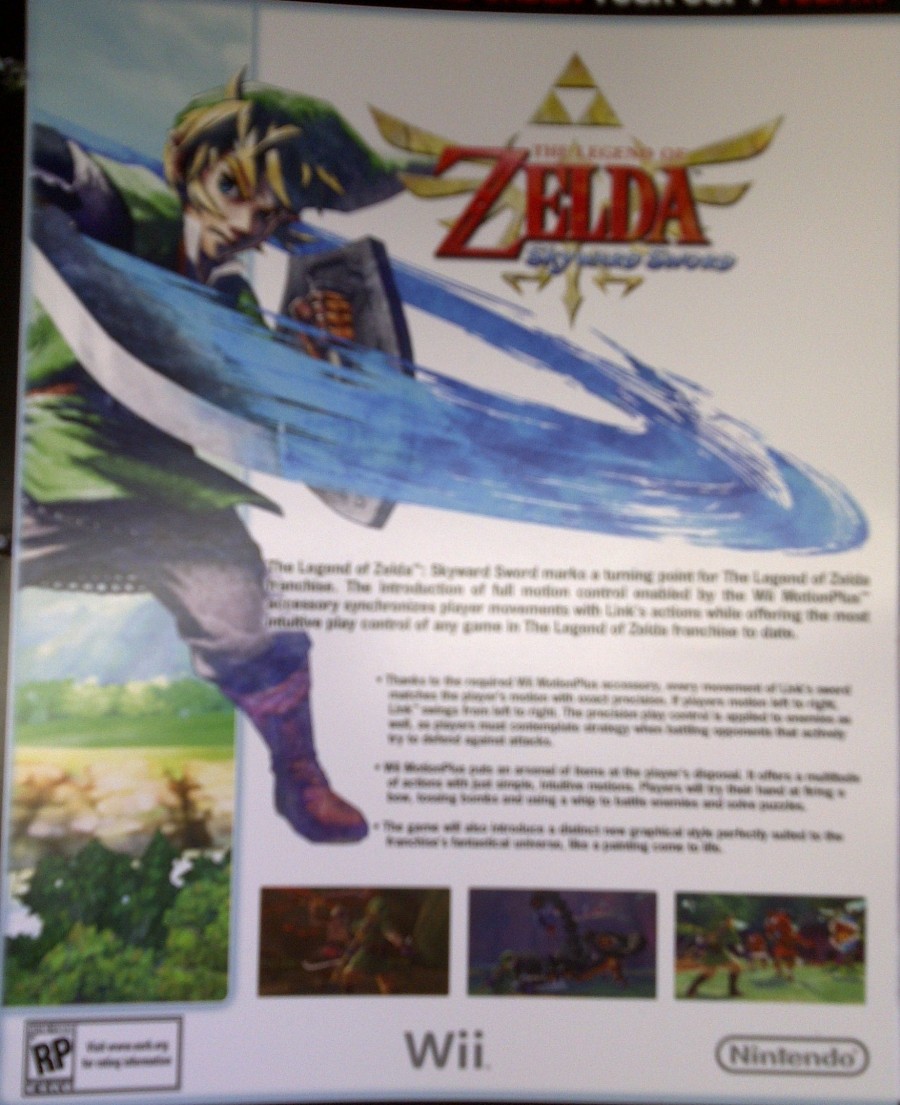 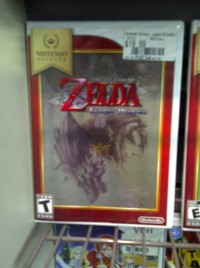 Lastly, GameStop did have the new Nintendo Selects version of Twilight Princess on the shelf and you can see that image to the right. Twilight Princess is one of four Nintendo Wii titles, along with Wii Sports, Mario Super Sluggers, and Animal Crossing: City Folk that are all being re-released for a reduced price of $19.99.

Ocarina of Time 3D is set for release on June 19th here in the United States. Be sure to stay tuned here at Zelda Dungeon for all the latest news and media in regards to the release of the game. Until then, feel free to post your thoughts in the comments below, or check out our Ocarina of Time 3D section over at our Zelda Forums.