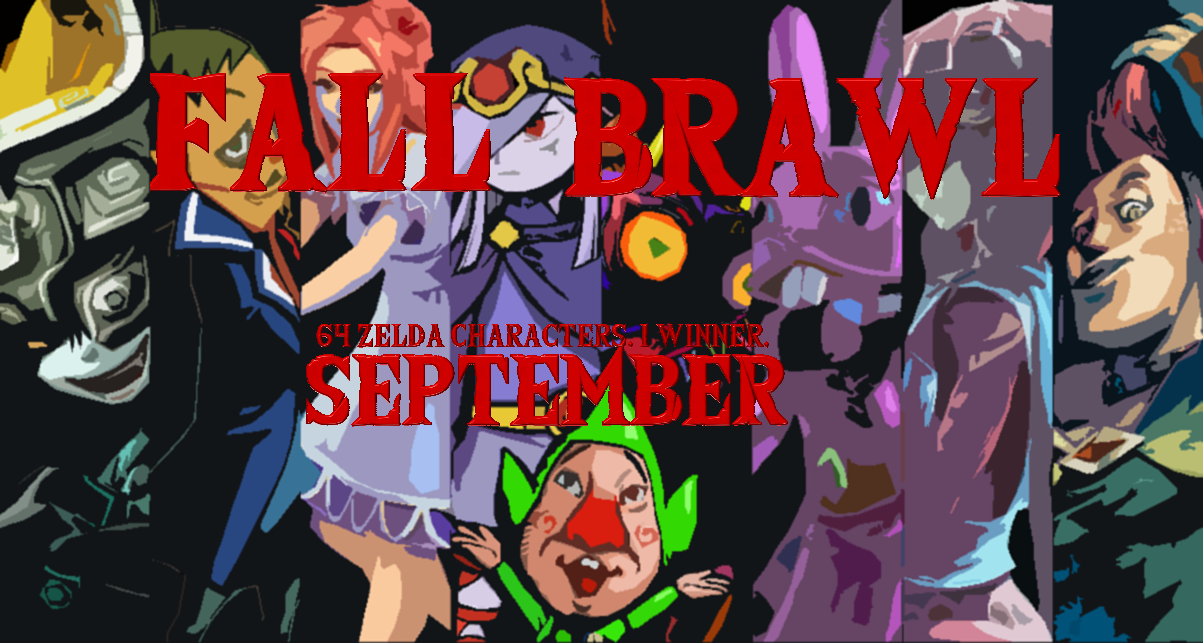 Summer is officially over Zelda fans, but don’t dismay – that means that we can now officially get FALL BRAWL underway! For those of you who participated in Zelda Dungeon’s Musical March Madness, a competition to determine the best piece of music in the Zelda series, this concept will feel familiar. 64 Zelda characters will face off in a NCAA-style elimination bracket to determine who is the most popular! Characters have all been assigned seeds and a division… who will advance to the finals? YOU decide!

Of course, what you’re all really here for is to find out where your favorite Zelda characters are in our bracket. Well, without further ado, I give you the Fall Brawl bracket! Make sure you come and bookmark the contest page on Zelda Dungeon come September 9th, and head over to our Discord to join the chat ! 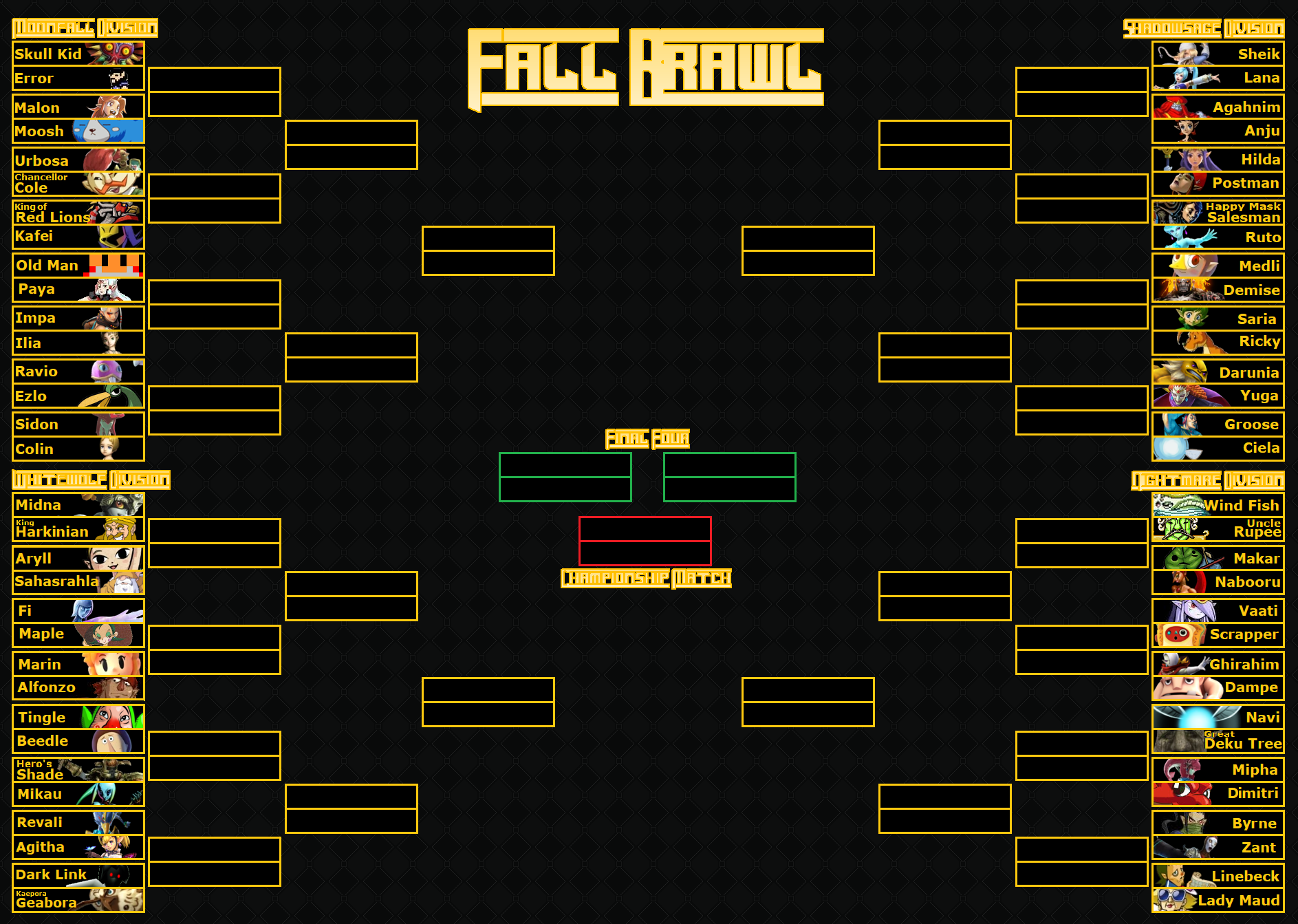 Comments
Sorted Under: Best Zelda Ever, Games, Original Content, Slider
Tagged With: No tags were found for this entry.