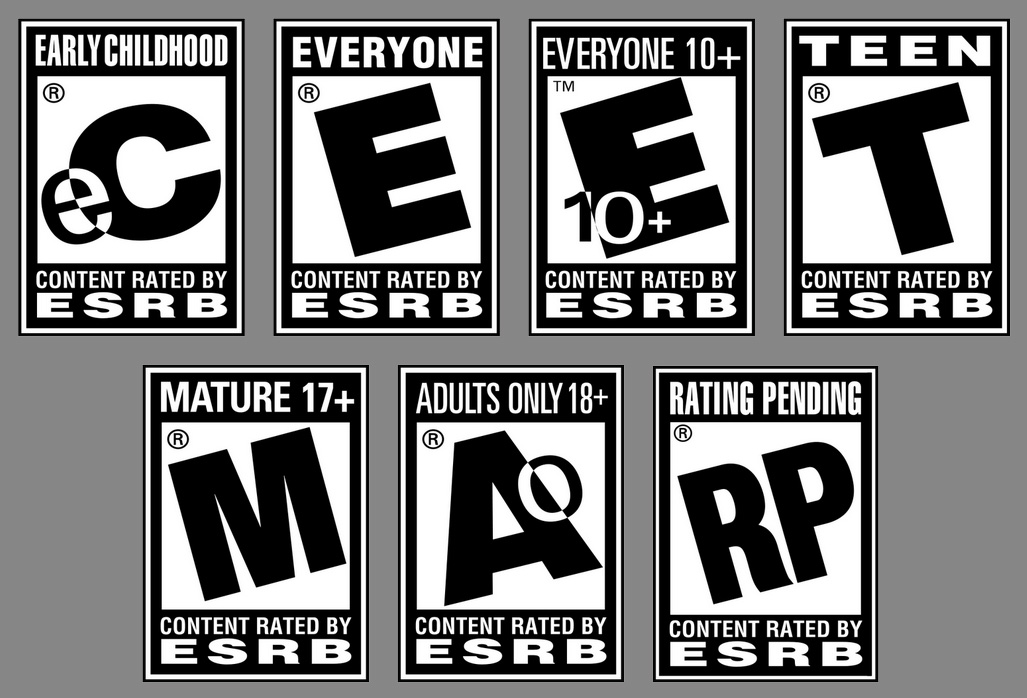 Generally, the Zelda series keeps a low rating on their games. With the exception of darker games like Twlight Princess and Majoras Mask, the games in the series have a pretty light story with themes suitable to all ages. If a game was released that had a higher rating and some mature themes however, that would cut of a portion of the fan base. To be honest though, I think that most of the fan base is made up of players who would be able to purchase games of higher ESRB ratings so sales wouldn’t be affected that greatly.

In this week’s edition of Zelda Dungeon Talks, various staff members will share with us their opinion on the topic. Feel free to leave your own opinion in the comments section.

Zelda games are almost exclusively rated E. Always have been. Twilight Princess, as the outlier, made it clear that a slightly more mature game, rated T, can still be a huge success, even if most of the younger audience cannot play. That being said, having the rating any higher is pushing their luck. I think that an older Link going on a more mature adventure could certainly end well – I have pointed out numerous times that deeper and more serious plot could make for some fantastic new plotlines in the series, which would get me really excited for those new games. But they risk going a bit overboard with it. Cursing, mature themes, alcohol and drug references, and of course, serious violence are just some of the things that could push a game to rated M, and some would push me away a little. Alcohol and such, as well as cursing, would feel rather out of place in the series, I believe. Violence and mature themes, though, may be something that just feels like an escalated version of what we usually see. Honestly, though, I would be likely to buy such a game either way. While these kinds of additions would worry me, I have faith in the development team. That, and perhaps a higher age rating would not mean anything hugely significant. Twilight Princess, in my eyes, was barely worth a T rating. That, and some older Zelda titles with an E rating often had some messed up stuff that one may think is worth looking into. In the end, I’ll still buy it, but bigger changes leading to an M rating would be quite worrying, if you ask me.

If an upcoming Zelda game was suddenly rated Mature, I still would not hesitate to buy it. I’d read reviews and interviews online just to prepare myself for what I may see in-game that made it deserving of an M rating, but it’s a Zelda game so of course I’m going to try it out. However, if it’s filled with senseless gore and there are such horrors as sexual assault or suicide bombing in it, I’ll seriously reconsider buying any other Zelda game that is given an M rating. If it looks like the series is heading down a dark path, that Nintendo has decided to join the crowd and just shock-value-up the Zelda franchise, I may respectfully decide not to walk that road with it. It would depend on exactly what garnered the rating, and how it is implemented. Too much bloody violence and explicit content isn’t characteristic of the Zelda series, so if it isn’t incorporated in a way that feels natural, the game just won’t be a Legend of Zelda game anymore. That being said, Mature and Adults Only ratings are the only ones that would possibly shake me from the series (though, an Early Childhood rating would be really bizarre and lead me to certainly question the game).

Where I live PEGI is used in lieu of ESRB. According to this system Ocarina of Time, Majora’s Mask (both the original and 3DS versions), Twilight Princess (regular and HD) and Skyward Sword are all rated 12+. All other games are rated 7+ with the strange exception of Four Swords Adventures, which carries the 3+ age rating for some mysterious reason. All of them are rated with violence, and The Wind Waker is carrying the spider symbol (which denotes it containing scary stuff) as well. If the rating went up to 16 this would mean that, according to the PEGI website, “The depiction of violence (or sexual activity) reaches a stage that looks the same as would be expected in real life.” This would mean that the game looks close enough to real to warrant such a rating. On the other hand, it can also be for the use of more extreme bad language (which would be rather out of place for a Zelda game), the use of tobacco and drugs (Link already does fairy dust, consumes drinks with bugs in them and whatever goes into a regular potion) and the depiction of criminal activity. This last one could work as some kind of criminal syndicate that Link is forced to work with and allow to continue to exist in order to get the job done, but it would require quite some nuance and good writing to pull it off well. But would I buy a Zelda game with a higher age rating? Likely, if only to see how bad things got. Such a change in the series might be because of an attempt to make it seem more “mature”, something which I’ve written about in the past. And I stick to my point there: to make a Zelda game more mature you write a good story rather than have Link cut his enemies to bits.