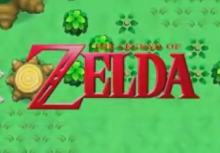 By now, we are all well aware that it’s finally been announced! After the release of Skyward Sword a year and a half ago, Zelda fans have finally been treated to the first look at our next Zelda title! Personally, I am ecstatic. While watching the live stream of the latest Nintendo Direct, I was just hoping that the minimal Zelda information we would receive would be a release date for the Oracle games in North America (which we got anyway!). I am sure I speak for several Zelda fans when I say that I would have been more than happy to have seen just one of two things: Either the title of the new game, or a screenshot to see what it looks like. Nintendo did more than that, and gave us not only a trailer, but a downloadable 3D one. Needless to say, I was pleased. So with that said, I would like to discuss with my fellow Zelda fans what impressions, hopes, and skepticisms we have concerning this brand new adventure everyone is calling the sequel to A Link to the Past!

Just how much like A Link to the Past is this new adventure? 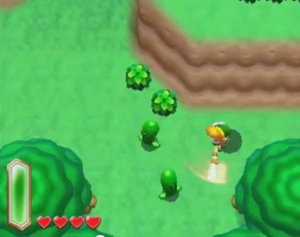 Anyone who read my last article knows that I love A Link to the Past. It was my first Zelda game, and possibly my favorite of the series, Why then, was I not excited to hear rumors that this game was going to take place in the same world? The trailer shows us some recognizable areas, particularly the Tower of Hera and the grassy field area that is at the foot of Death Mountain, east of the Lost Woods. My skepticism peaked here: just how much like A Link to the Past will this game be? Furthermore, how much time has passed between the classic game and this new title? Has Hyrule changed at all? Or will this overworld be more or less identical to that of A Link to the Past? I really hope there are significant differences. Yes, we are indeed guaranteed a new story with new dungeons. But are the dungeons really new? I mean, are they the same locations as those of A Link to the Past with new layouts (making them feel like brand new dungeons), or are they new locations altogether? Though I am certain that even if it is an identical overworld, Hyrule will be expanded to new areas, but I’m not all that pumped to explore a Hyrule with which I’m more or less already very familiar. Despite this skepticism, I can appreciate Nintendo’s first ever Zelda sequel that takes place in the exact same environment. But ultimately, I think if it’s too much like A Link to the Past, fans may find themselves underwhelmed.

Who is the villain?

If this game is indeed a sequel to A Link to the Past, I can’t help but think that we will be seeing a brand new villain. The essence of the Triforce assured Link that he had destroyed Ganon at the end of the SNES classic, though it should be noted that later in that timeline, Ganon is revived twice. So of course it’s completely possible that he will return. But as a direct sequel to A Link to the Past, this new game is unlikely to be ambitious enough to revive Ganon so quickly after his defeat. Besides, Ganon is revived way too often in the series. He’s a great villain, for sure, but I think we all wouldn’t mind seeing someone new!

Already, I’ve heard fans belly-aching over this new game mechanic, but we haven’t even played the game yet! Personally, I am very optimistic about it. I think it will surely make for some interesting new puzzles. In many adventures, Link is capable of calling upon magic to do something extraordinary. Whether it’s turning into a wolf or putting on a shape-shifting mask, these gimmicks tend to be very central to the story. So for those of you who are complaining that it’s stupid or ridiculous, remember that you don’t even know the story! When the game is released, you will be given all the details and find out why Link is able to do this. I think this would also be a great time to reintroduce Facade to the series. For those who recall my article “Six Bosses That Need to Return in Future Games,” Facade was on that list. What if Facade is invulnerable until Link enters the wall or floor with him? Just a thought. I can’t wait to find out more! 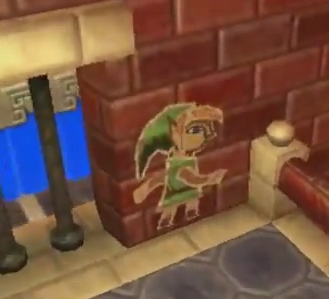 What is the game’s title?

Like I said, I’ve waited so long to just see one of two things: a game name or screenshot. While I am certainly beyond happy that we were treated to a trailer, I can’t help but wish we got a title to go with it. However, I see this as a fun opportunity for Zelda fans to discuss possible titles. What will it be called? My guess is that it will have something to do with Link’s wall-inhabiting ability. The Legend of Zelda: Shadow Stalker? Wall Jumper? Wall Crawler? Eh, scratch that last one. Link isn’t Spider-Man.

What do you all think? How do you feel about these four points? What are your hopes and skepticisms? What do you think this new adventure will be called? Comment below, and let’s talk about it!