You Can’t Escape Fate: How Age of Calamity’s Story May Be Taking A Page Out of Terminator 3’s Book 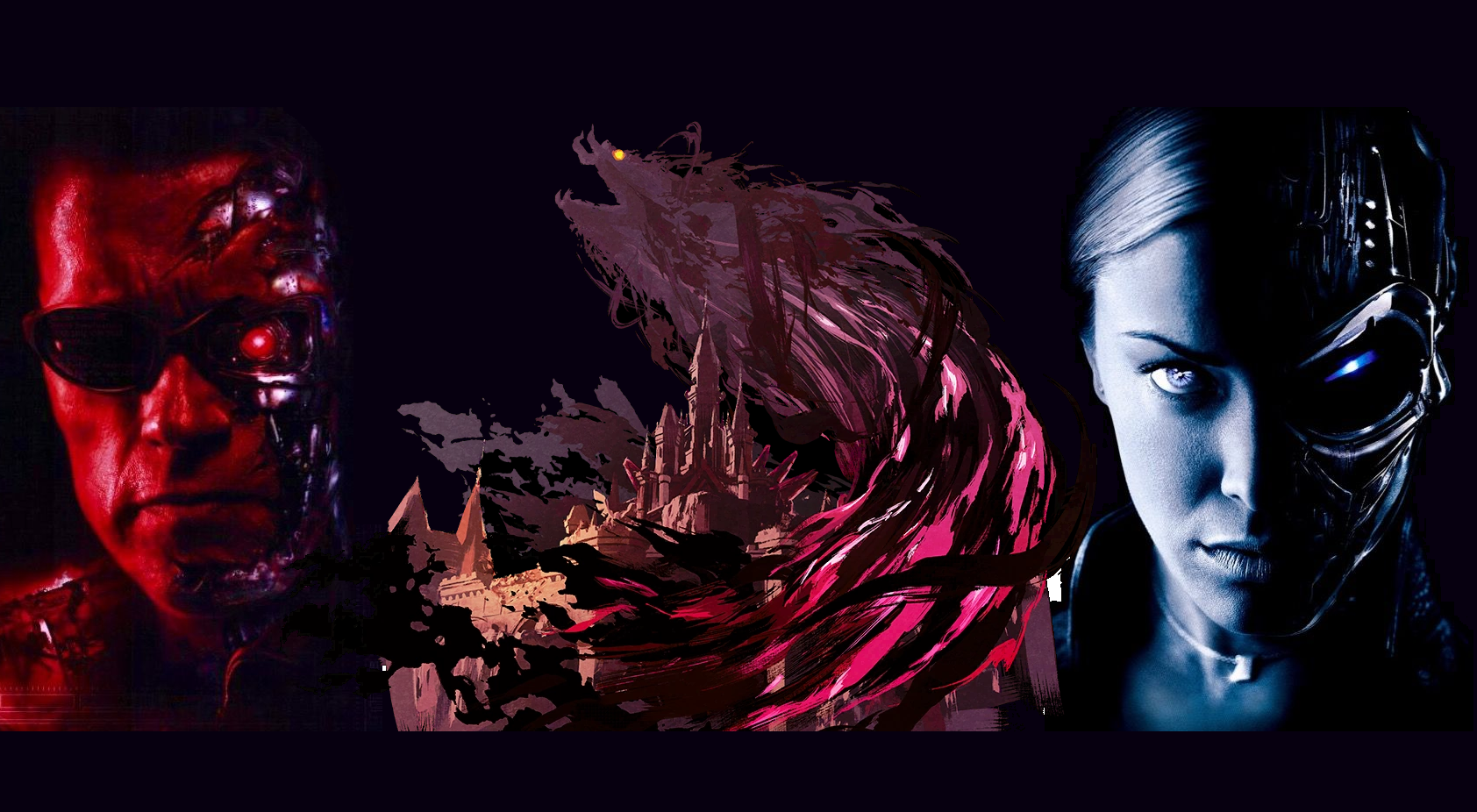 When Hyrule Warriors: Age of Calamity was announced, it seemed like a dream come true for me.

I had just finished another playthrough of Breath of the Wild, and specifically, had completed The Champions’ Ballad DLC, taking in depth notes for a retrospective I hosted on our podcast. One of my main takeaways was how I felt each Champion – Mipha, Daruk, Urbosa, and Revali – had been shortchanged in Breath of the Wild. I feel like we barely got to know them, and instead of the DLC giving us more insight into their characters, it held back information on their life and, ultimately, their death.

I was overjoyed. Finally, some answers to why the Guardians went rogue and who was responsible! Finally, a chance to see more of each Champions personality! Finally, our first look at pre-Calamity Hyrule! And maybe most importantly, finally, perhaps we could see the Champions fighting valiantly to the death in their last moments, giving us the closure on these four beloved characters that I feel we were robbed of in the main game proper.

I should have known it was too good to be true.

When Nintendo announced a demo for Hyrule Warriors: Age of Calamity, I was all over it. Quickly downloading it, I was incredibly excited to play the events of century old Hyrule and see what really happened for myself… and then the demo threw me a curveball immediately. 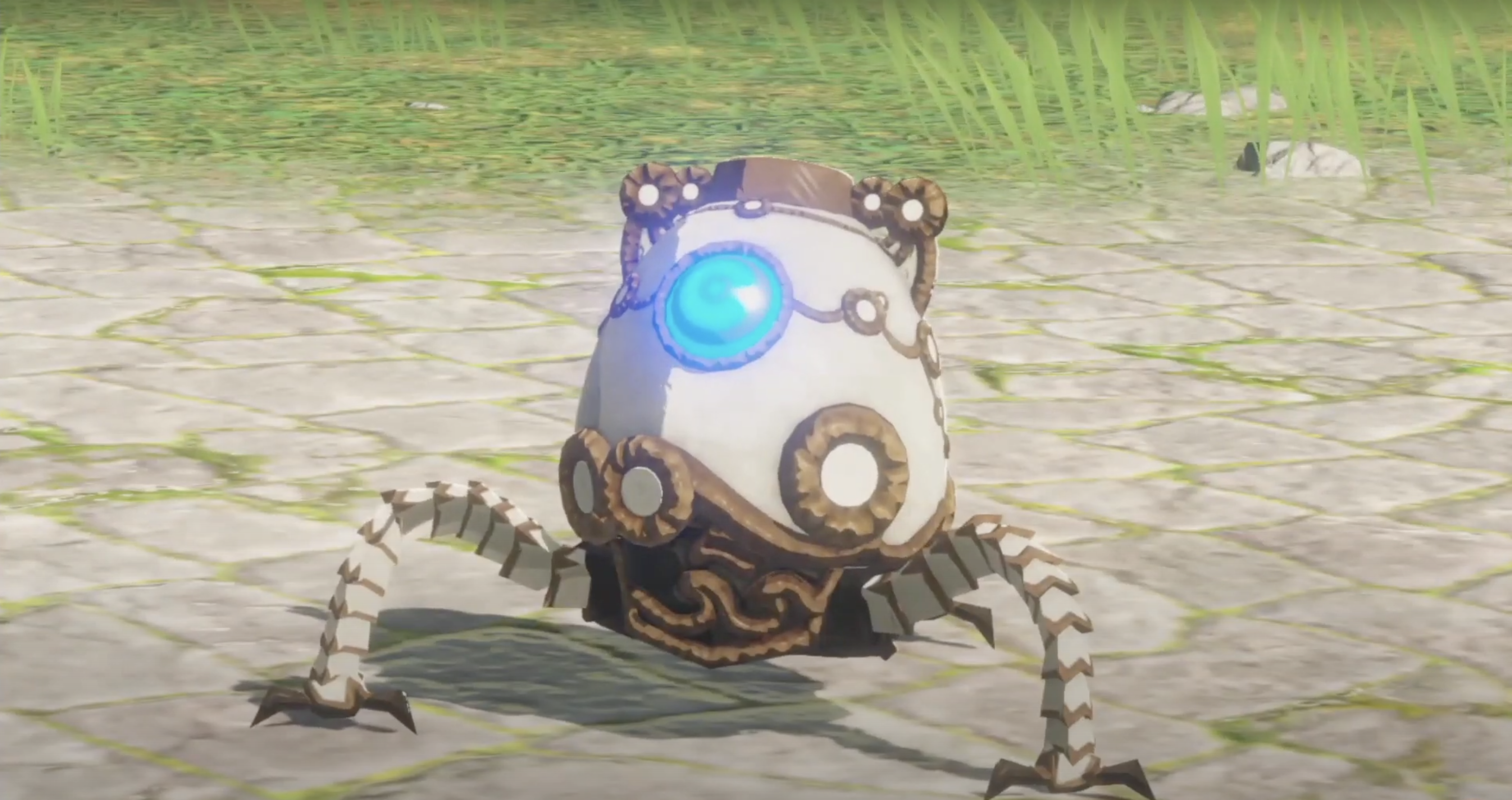 Instead of this being a direct prequel, we learned that what’s actually happened is, as Zelda has finally awakened her sealing power, it has also awakened the cute and adorable Baby Guardian (who I’m going to be calling BBG, because he needs a name and let’s face it: this baby Guardian and Star Wars‘ BB-8 were separated at birth). BBG then creates a portal going backwards through time to warn Zelda and Link about the impending Calamity, with the inference that the game is now about preventing the Calamity from ever happening versus strictly playing through the events of 100 years previous.

I tried not to hate it, and I’m keeping an open mind, but I’m not gonna lie: my gut reaction was “I don’t like this”, and the more I dwell on this Days of Future Past trope, the more disappointed I am that Age of Calamity went for this.

So many questions are now racing through my head: is Age of Calamity going to be a canon game, as we all assumed? Or is it going to exist in a bubble, similar to the first Hyrule Warriors? Is this going to create another timeline in a series that already has too many of them? Say we succeed in preventing the Calamity – does that render the events of Breath of the Wild meaningless because now all of it will have never happened? If we had time travel as an option available to us this whole time, why wouldn’t Zelda have used it earlier? How does all of this tie in to Breath of the Wild 2? Does it at all? So many questions are now in play because of this one decision.

Like I said, I’m keeping an open mind, but it seems like it’s going to be much harder to satisfy all the fans like myself who would have been happy with a straight-up prequel story. Now that we have the wild card of time travel mixed into the deck, things look a lot more messy.

As I was lamenting this, something popped in my head: what if Age of Calamity can use this time travel trick, but use it to subvert our expectations? What if we can still change the past without affecting the future? What if we can still have the prequel we want, while at the same time, having the Days of Future Past story that Nintendo is giving us?

I couldn’t think of how this could all be possible. And then I remembered Terminator 3.

For anyone not familiar with the Terminator series, I’ll give you a brief rundown. Terminator deals pretty heavily with time travel – in the original Terminator movie, Arnold Schwarzenegger’s terrifying Terminator has been sent backwards through time to kill a woman named Sarah Connor, who’s son will one day lead the resistance against Skynet, a rogue AI program that has created an apocalyptic dystopian future. The Terminator fails in his initial mission, and Sarah gives birth to her son John Conner… who is fathered by Kyle Reese, who also traveled backwards in time from the future. If this all sounds confusing, stay with me and I promise I’ll bring it all home.

In Terminator 2: Judgement Day, Sarah and a repurposed-fighting-for-the-good-guys-now Terminator prevent Judgment Day – the event in which Skynet finally strikes against humanity and launches a nuclear attack. It seems at the end of the day that the future has been saved, Skynet has been stopped, and Judgement Day will never take place now.

Except that’s not the end of the story. Terminator 3: Rise of the Machines continues humanities struggle, and that’s where I think Age of Calamity could be taking some story beats from.

Rise of the Machines follows John Connor, now an adult, as he lives off the grid. The Terminator (the good one!) is once again sent backwards through time, looking to protect members of the future resistance from an evil, newer model of Terminator sent back to eliminate them. When Schwarzenegger finally finds John he gives him some bad news: it turns out that the events of the second Terminator movie didn’t stop Judgment Day, they just delayed it. Judgment Day is still going to happen, and it’s going to happen now.

The Terminator leads John into what he describes as the central core of Skynet, promising that they can stop Judgement Day from happening from within, only for John to learn that instead of a central core, the Terminator has really led them to a nuclear fallout shelter. Judgment Day happens, exactly as it was supposed to, and the Terminator’s true goal – ensuring the survival of the man who will lead the resistance – is fulfilled.

This is how Age of Calamity can check every box.

We know the Calamity is going to happen. What we don’t know is how it originally happened. Perhaps in the opening cutscene included in the Age of Calamity demo, Link has fallen in battle, just like the rest of the Champions. Perhaps BBG’s mission traveling backwards through time isn’t centered on preventing the Calamity like most of us now expect, but rather saving the Hero who will go on to defeat Ganon one day.

Terminator 3 presented the idea that what happens is meant to happen, and no amount of tinkering with the past can drastically change the future. Fate will get to its final destination, no matter how many twists in the road it needs to take. Judgement Day couldn’t be stopped. And neither can the Calamity.

We’ve heard the reports about how closely Nintendo has been working with Koei Temcho to make Age of Calamity, so I have to believe that it doesn’t exist in an island and will have future ramifications for Breath of the Wild 2.

Could Link have died in the opening of Age of Calamity? Can the Calamity be stopped before it ever happens? What is BBG’s true mission? Can Link and Zelda rise up and challenge their destiny, or are they slaves to their fate, bound by the events that haven’t taken place yet but inevitably will.

These are all questions that excite me, and have me thinking… maybe the time traveling mechanic won’t be so disappointing after all.

What do you think of this theory? Possible? Outlandish? Somewhere in between? Let us know in the comments below!

Andy Spiteri is the Editor-in-Chief of Zelda Dungeon. He likes to pretend Terminator Genisys doesn’t exist. Follow him on Twitter here for more rantings and ravings.

Comments
Sorted Under: BOTW2, Breath of the Wild, Editorials, Editorials, Games, Hyrule Warriors Age of Calamity, Original Content, Slider
Tagged With: No tags were found for this entry.