You Are Cordially Invited to the Royal Wedding of Princess Zelda and Ganondorf — An Interview With the Mind Behind Webcomic “A Tale of Two Rulers”!

Posted on November 21 2020 by Sadko Margolin 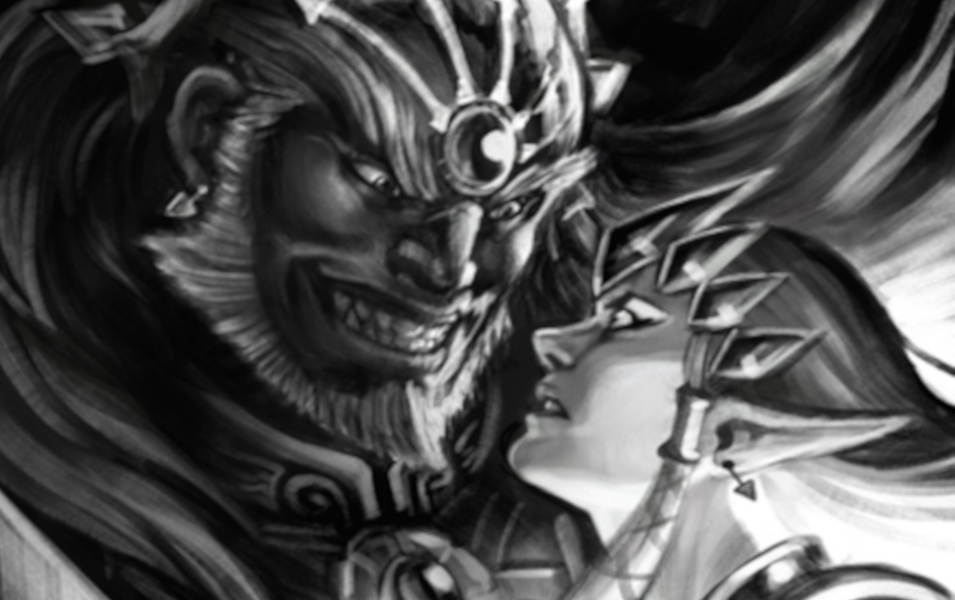 Everyone knows the tale of Romeo and Juliet, a tragic story of two lovers who just could not agree on a plan if their lives depended on it. Oh wait… Anywho, there have been times where a romance is implied in the Legend of Zelda series, usually between Link and Zelda, sometimes other characters and Link. I’m sure not many fans have ever thought of Zelda and Ganondorf sharing some feelings for each other, besides hate and anger of course. A Tale of Two Rulers takes just that spin on the legend, and has our beloved Princess Zelda propose to Ganondorf to save Hyrule from the hassle of yet another battle between the King of the Gerudo and Link, the hero of…well everything almost. Our emcee for this event is the creator who gives us an inside look at this amazing story.

Tell us a little bit about yourself.

FigmentForms: I’m never sure how much to share when I’m asked this sort of question. I guess I’m a human that’s trying its best to be a good one. Right now my time is split between a freelance art career and finishing my schooling for a career in healthcare. I like the balance that I’ve found from it.

What inspired you to become a Webtoon creator?

FigmentForms: I like to tell stories in a visual way and Webtoon is a great platform for it! 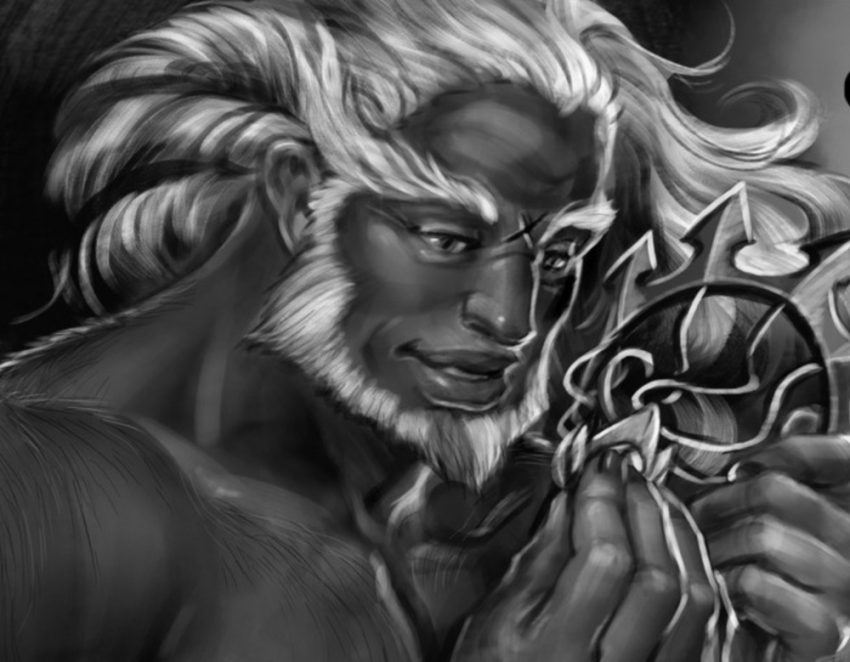 What inspired you to create a Zelda-themed webtoon?

FigmentForms: I think it was a combination of two things: The first is that the Zelda series is such fertile ground for imaginative alternate fan-universes. The series leaves so much open for interpretation. Zelda, Ganondorf, and Link are great archetypes for building a story and each character usually has significant differences between each game. I feel that it leads almost any daydreamer to ponder what their own versions of the characters would be like and to consider their own fun twists to make an old story new again.

Secondly, and it’s probably pretty obvious… but I had a pretty big crush on Ganondorf for a while, and I wanted to see him in the role of the romantic lead.

What is your process for writing and illustrating the story?

FigmentForms: I try to go big to small. I brainstorm the overall idea of the comic (ex: what am I trying to say and how can I communicate that in the right way?) and then I write out a rough script. I try to avoid too much detail so it’s easier to accept change if my audience is telling me that it’s needed. Then I sketch out the rough panels, put in the dialogue bubbles, gather reference photos (usually ridiculous photos of myself or anyone nearby that I can wrangle into helping), and then I do the fully detailed drawing. Then I post it, someone informs me that I made a spelling error, and then I fix it really quickly.

Where did you pull inspirations for the route the story is taking? Having Link be born as Zelda’s daughter and Ganondorf and Zelda getting married?

FigmentForms: I wanted to make Link a kid originally so the love story would be focused on Zelda and Ganondorf. A child Link also gives Zelda a reason to try the peace option. The hero isn’t strong enough to win in a fight yet, so the marriage would be a way for Zelda to try to stall for time, so long as Ganondorf doesn’t actually know that there’s nothing really standing in his way of a total takeover. I decided to make Link a girl so it would be more understandable that Ganondorf wouldn’t recognize his old enemy. From there I wanted to keep the three close, so having Link be Zelda’s daughter is a good way to make their relationship interesting and important. 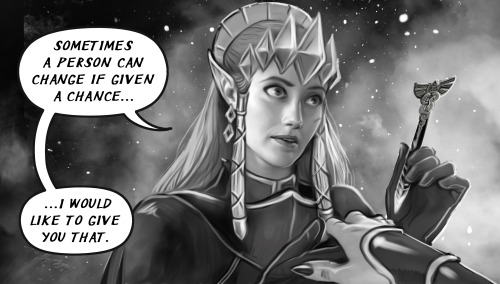 Which Zelda game are you pulling the most inspiration from?

FigmentForms: Zelda herself is probably most like her Twilight Princess incarnation. Ganondorf would have been too, but I liked the Hyrule Warriors design better because the flowing hair could show more action in still comic panels. Link pulls a lot from Majora’s Mask.

Which Zelda is your favorite/least favorite?

FigmentForms: If you mean the games, my favorite to play was The Wind Waker, but I love aspects from all of them. They all have something fun to add to the Zelda universe. I love the vibe of Majora’s Mask. I love the look of Twilight Princess. I love the messy, unintentional horror of the CD-i games.

If you mean which version of Zelda the character, they’re all equally lovely in different ways.

Who is your favorite supporting Zelda character?

FigmentForms: Skull Kid. Hands down it’s Skull Kid. He’s so much fun to draw and write for. I love the character’s mischief, need for love from his friends, and his childlike wrath and guilt. The character is such a beautiful blend of playful joy, sadness, and chaos. 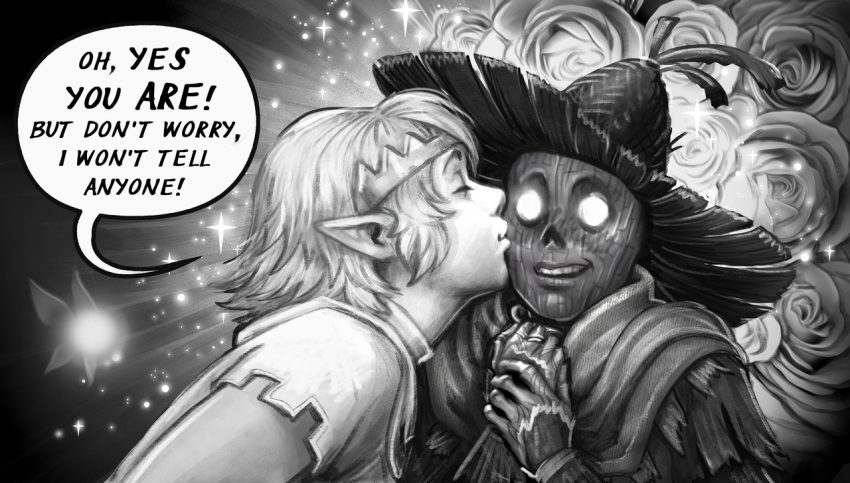 Do you have plans for any other Zelda stories?

FigmentForms: Maybe a short Skull Kid and Link adventure story. A mini quest of events that I had to cut from the main comic.

What words of advice can you give to readers who want to get into the industry?

FigmentForms: As a fan project, I’m not sure if my comic counts as part of an industry. As a freelance illustrator for other things though, I just strongly recommend that you keep creating. Don’t get discouraged by comparing your work against the work of others. No one else can put into the world what’s in your heart. Practice every day to be better at making what you make.

Is there anything else you would like to say to our readers at Zelda Dungeon?

FigmentForms: Just thank you for your time. I hope that my work brings you some fun! I know it’s an odd pairing and that sometimes makes people uncomfortable. It means a lot when I get positive feedback from people who were unsure about it at first.

Are there any links to your social media or other outlets you distribute your media through that you would like to share with the readers?

FigmentForms: The main places I post are on tumblr and Webtoon.

So once again, another amazing story from another amazing creator. Webtoon has a lot to offer, even for Zelda fans. Make sure you check out A Tale of Two Rulers there and don’t forget you can get a look at episodes earlier by going to Figment Forms’ tumblr as well. Leave your comments below!

Sadko Margolin is a junior editor at Zelda Dungeon. He has two webtoons of his own that he really needs to get back to work on and proofreads for several others. He has played every main title Zelda game and loves Twilight Princess above the rest. He is currently trying to bring civilization back to the wasteland in Fallout 76 with his wife and saving Aerith from the Shinra Corporation in the FF7 Remake. He can be found on instagram where you can see some of the webtoons he works on besides his own.

Comments
Sorted Under: Editorials, Editorials, Majora's Mask, Original Content, Slider, The Legend of Zelda, Twilight Princess
Tagged With: No tags were found for this entry.