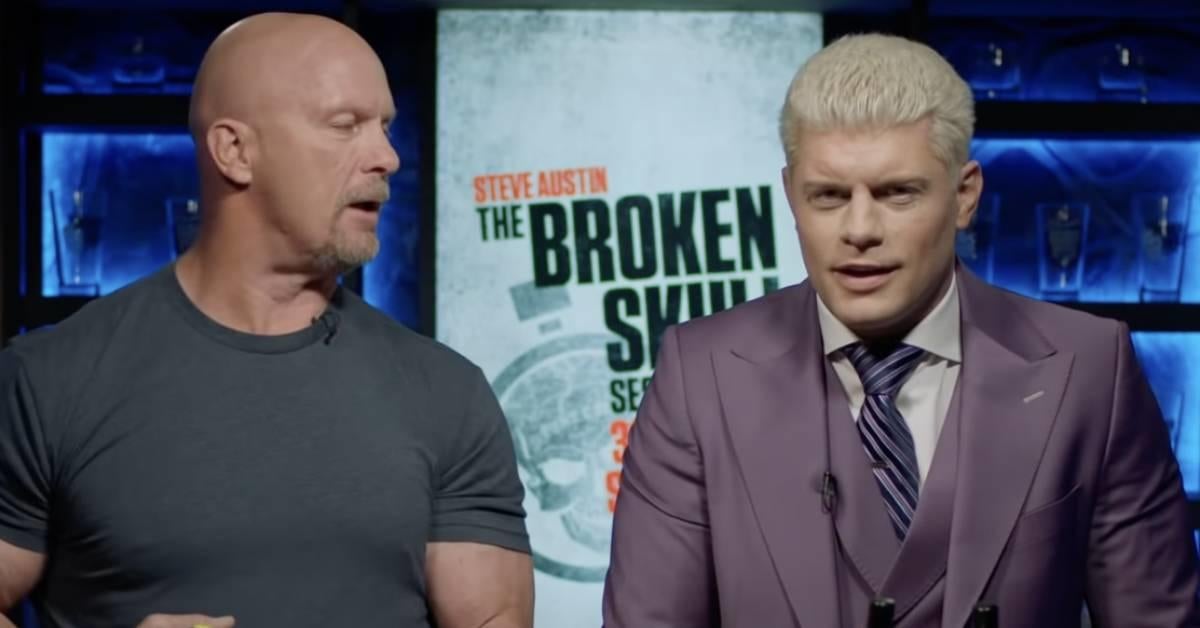 30 seconds on the clock. Let’s see how many questions @CodyRhodes can answer!

And don’t forget to stream the latest episode of @steveaustinBSR‘s #BrokenSkullSessions with The American Nightmare this Friday exclusively on @peacockTV in the U.S. and @WWENetwork everywhere else! pic.twitter.com/MqyDi1Usfs

Austin’s first question to Rhodes was one we ask ourselves a lot here at Zelda Dungeon: Best Zelda Game? Without hesitation, Rhodes answered with Ocarina of Time, “hands down,” not a surprising choice to those familiar with his relationship with The Legend of Zelda. The American Nightmare has frequently sung the praises of Ocarina of Time and just recently incorporated a quote from the game into his WWE return.

But what was surprising was Austin’s rebuttal to Rhodes’ response. “No, dude. Breath of the Wild,” he countered.

I never would have guessed that Stone Cold Steve Austin not only had an opinion on The Legend of Zelda, but he considered Breath of the Wild the best in the series. Well, as was joked about in the comments to the above tweet: that’s the bottom line, because Stone Cold said so.

You can watch Cody Rhodes’ appearance on The Broken Skull Sessions right now on Peacock (or the WWE Network outside of the United States).

My opinion is admittedly more in line with Cody Rhodes in this debate. But where do you stand? Do you, like The American Nightmare, think Ocarina of Time is the best Zelda game? Or do you, like Stone Cold, think Breath of the Wild deserves that title? Share your thoughts in the comments below!

Comments
Sorted Under: Breath of the Wild, Games, News, Ocarina of Time, Zelda Fan Content, Zelda News
Tagged With: No tags were found for this entry.