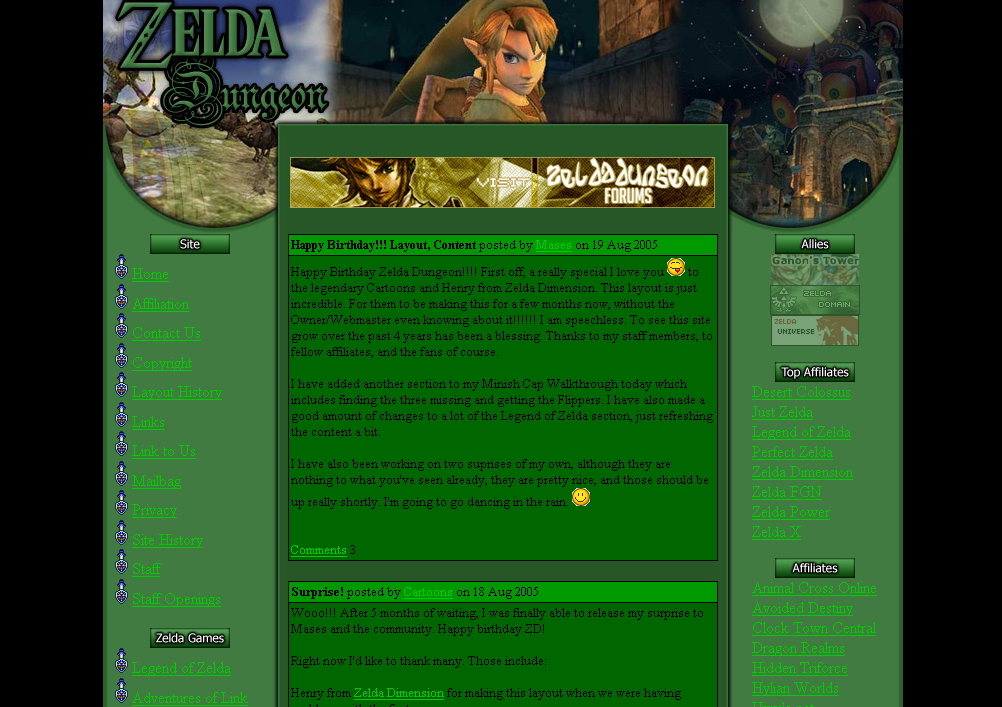 The 9th layout of Zelda Dungeon was released just before the sites 4th birthday on August 18th, 2005. This layout was created by Henry of Zelda Dimension. The layout was a rather safe layout, retaining the two sidebar navigation, returning to a green colored theme, and the third consecutive layout with assets from the upcoming Twilight Princess.

January of 2006 saw the launching of the Zelda Dungeon media server. The new media server was a part of the already well established 3ddownloads server provided by Telefragged. Telefragged was the network that Zelda Dungeon was apart and was well known at the time for providing music and video downloads in an era prior to YouTube. Zelda Dungeon began offering a whole listing of downloadable music from the Legend of Zelda series, including mp3 file rips and downloadable Zelda soundtracks. Upon release, this quickly became some of the most frequent entry points to the site.