The Yeti are a race of large creatures found exclusively in Twilight Princess. Only two members of this race are seen, and they are the inhabitants of the Snowpeak Ruins, Yeto and Yeta. Yeto, the male Yeti, is quite large, nearly three times the size of Link. Additionally, he has a large tail, which extends well behind him. It is unknown if all male Yetis have this or just Yeto. Furthermore, Yeta, the female Yeti, has no arms and only short legs. Her body resembles someone's who has been wrapped up in a carpet. 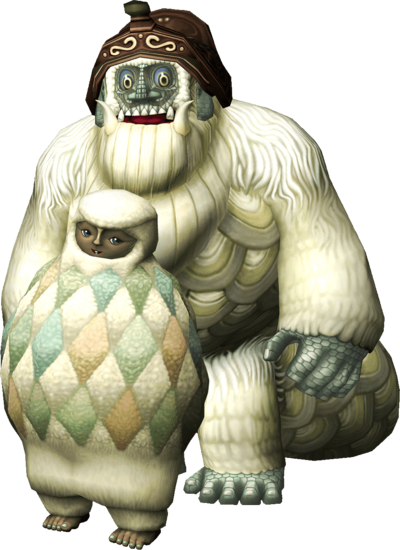 Yeto and Yeta, a Yeti couple