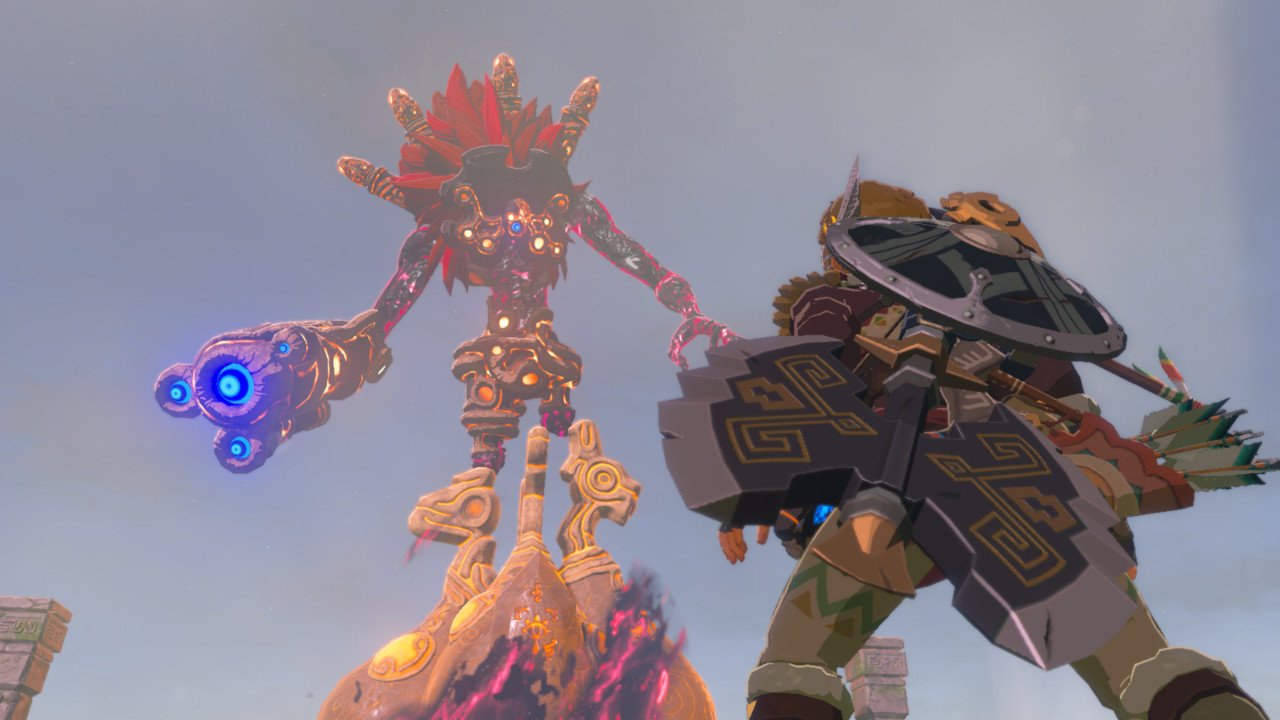 Windblight Ganon is a boss in Breath of the Wild. It was created by Calamity Ganon to corrupt the Divine Beast Vah Medoh, eventually serving as boss of the dungeon when Link came to free it of Ganon's control 100 years later. If Link doesn't fight Windblight Ganon inside of Vah Medoh, he will later encounter the boss in the Sanctum inside of Hyrule Castle.

In the EX Champion Revali's Song DLC quest, Windblight Ganon is fought again with limited equipment in the Illusory Realm.